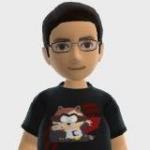 In Topic: Achievements Leak (NXT confirmed & preview of other models)

This is my yard achievement confirms custom arenas.

Looks like most of the people here don't want a better game. Says a lot about the quality of games we have now.

Have you read my second reply?

What, in your mind, constitutes and improved game? A better Universe Mode and Story Mode, and nothing else? Can you understand the point I raised about Create Modes improving Universe Mode?

They should remove those useless modes, create a story, title, arena etc.. No one uses them, instead of these they should be looking to improve career and universe and add more new exciting mode. The only create mode required is related to CAWs (entrance, move set etc.). Waste of space and resources.

- Create A Story/Title are not useless modes. False Statement.

- People do use CAS and CAB. Specifically to make YouTube CAW Shows.

- CALogo/Arena/Belt etc. can be used in-directly to set-up a Non-WWE Universe Modes (can't have WCW Universe without create an arena and all the others, unless they put the arena back in).

- Universe Mode and Career Mode (I assume you mean the yearly changing mode such as 30YearsOfWM - I'm going to refer to this as Story Mode from now on to remove confusion) do not get affected by these modes being present in the game (other than creation modes improving Universe Mode as explained above). In fact the various Create Modes have been left to fall into obscurity whilst UM and SM already get ALL the development time and marketing forcus each year.

- Explain which new exciting 'mode' you would like to say, as opposed to evolving the gameplay engine to allow for more wrestlers in the ring at once and new matches like 4v4 Survivor Series and WarGames. Or the ability of CABelt to at least try to keep the game somewhat uptodate after release.

- Different Create Modes aren't a waste of space, we're working on BluRay discs, not single layer DVDs from 2001 anymore. Voice Clips from Story Mode, or Commentary tracks take up the most space back on the old PS2 discs. I would imagine nowadays it would be entrance videos or something like that. But again we're working with such higher capacity discs, I'd bet the games don't come anywhere close to filling the discs.

- I personally feel like the yearly Story Modes are the things that need stripping-out. I don't care to re-play any of the ass stories they give you, personally. If people do miss the mode, they can jupm on Community Creations servers and download people's Created Stories instead. That time would be spent better by adding new moves to the games, fixing glitches, removing restrictions, and adding features to modes that have been left half-completed - for example last year for 2k14 they said we could change the sideplates of WWE Titles, and we cannot. It would be nice to have more wrestlers in the ring, and be able to have new match types because of that. Those would be a good improvement for 2k15. It would mean more than a slapass Story Mode that most people only play through once in order to unlock things.

Your poll choices are biased.

Your reasoning is flawed.

I'm tempted to flame your ass but I'll leave it at saying that you're the reason things get removed for stupid reasons,.

LOL I remember people talking about this for WWF SD JBI using the EyeToy Camera for PS2.