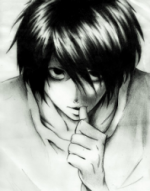 Probably a stupid question but I couldn't find a answer anywhere else..

are heel or face in Universe Mode or does it only affect there entrances?

There have been alot of Glitches|Bugs this year

Mentioned so I was curious if you're all experiencing problems with Button Detection?

Doesn't sound too long but it is pretty irritating.

So am I the only one with this Bug or..?