We now know who will go along with the pre-order bonus for WWE2K17, who was announced to be Goldberg several weeks ago, and now we have the other half of the 2004 WrestleMania XX match-up in Brock Lesnar. This isn’t the first videogame cover as Brock has appeared on the front of THQ’s WWE Here Comes The Pain in the past, however this is the first time he’s appeared on the front of a 2K videogame since his return. 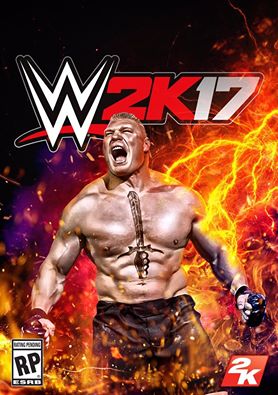 Are you a fan of the cover art? Sound off on our Twitter and let us know @OfficialCAWsWs

This entry was posted in Featured, News, WWE 2K16. Bookmark the permalink.

Copyright © 2000 - 2022 CAWs.ws | All rights reserved.
This site is in no way affiliated with WWE or any other company or entity.
Terms & Conditions | Privacy