TWO EXCLUSIVE GAME MODES – GAUNTLET & SCORE SCRAMBLE – WWE All Stars presents two new game modes exclusive to the Nintendo 3DS! Do you have what it takes to battle every Superstar and Legend in the game in consecutive matches in Gauntlet? Score Scramble matches challenge the player to either reach a specific point total or finish a timed match with the highest point totals. The more over-the-top your attacks, the more points you’ll be awarded!

FUN, IN-YOUR-FACE, 3D WWE ARCADE ACTION! – Take WWE action to the next dimension with high-flying, hard-hitting and high impact gameplay that bridges generations of WWE fans and casual followers alike with fun, fun and intuitive and gameplay that lets you jump right into the ring! With responsive, arcade-style controls, every WWE Legend and WWE Superstar will have a variety of grapples, attacks, killer combos, finishing and signature manuevers to create the ultimate competitive and fast-paced gaming experience that is easy to pick up and play, but provides plenty for expert players to master.

THE BEST ROSTER EVER JUST GOT BIGGER – Choose from the greatest roster of WWE Superstars and WWE Legends EVER assembled in a WWE videogame, including John Cena, The Rock, Andre the Giant, Big Show, Triple H, Bret “Hit Man” Hart, Chris Jericho, “The Million Dollar Man” Ted DiBiase, Rey Mysterio and “Macho Man” Randy Savage. WWE All Stars for Nintendo 3DS will also offer players 13 WWE talent previously offered as downloadable content for its console counterparts. Each of the 43 WWE Legends and WWE Superstars will boast a distinctive and highly stylized appearance, adding to the overall spectacle, atmosphere and in-your-face attitude exuding from the on-screen action.

FOUR AWESOME CHARACTER CLASSES – Punt an opponent sky high! Juggle him with your fists! Weave together killer combinations of high impact moves or best an opponent with your fists of fury! With four distinct classes of competitor – Acrobat, Big Man, Brawler and Grappler – WWE All Stars will provide players with WWE Legends and WWE Superstars who have distinct advantages, strengths and techniques, including specific combinations and unique abilities.

FANTASY WARFARE – Who is the greatest WWE Superstar of all time? Which generation had the Best Big Man or the Most Impressive High Flier? Find out by choosing a side and playing through epic matchups between WWE Legends and Superstars to determine the best of all time, each introduced by cinematic video packages featuring authentic WWE footage.

CREATE-A-SUPERSTAR – The greatest WWE roster of all time wouldn’t be complete without YOUR created WWE Superstars! Customize your Superstar and pit him against the game’s WWE Superstars and WWE Legends to see if he can become legendary. 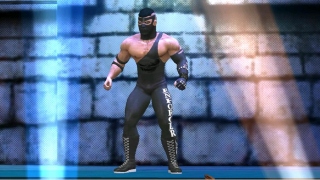 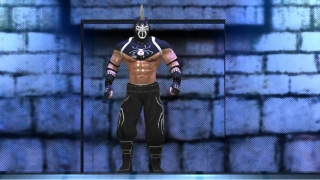 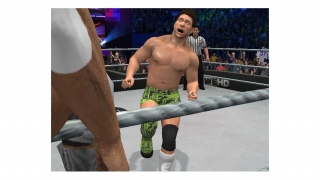 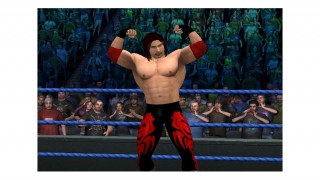 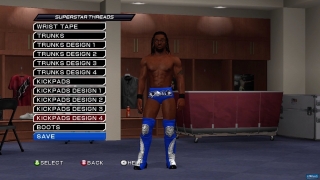 This entry was posted in WWE All Stars and tagged THQ, THQ San Diego, WWE, WWE All Stars. Bookmark the permalink.