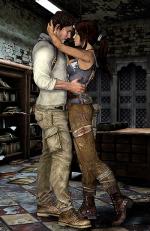 Hello and welcome to my profile.

My name is Alan. I joined CAWs.ws on February 21st 2007, I'm from Scotland and proud of it.  You may know me from such broads as WWE Universe, Sports Chat, General Chat, Gaming Zone Chat and the WWE Games section of the site.

I'm a big fan of Tag Team's. In Fact it was watching Tag Wrestling during the early part of the 90's which made me such a huge fan today.

My all Time Favourite though is Legion Of Doom, From the promos they cut right down to when they'd step in the ring was awesome. I wish Hawk was still alive so L.O.D could still be in WWE today teaching the current lot of Tag Teams a lesson.

My Favourite band is Limp Bizkit. I have all of their albums. My Favourite song is Re-Arranged. Favourite album is Significant Other. I think it's the best album they've done. It has an awesome cover, it's also the album in which you'll find the song Re-Arranged.

My Favourite TV Show is Prison Break. I absolutely love this show and miss it not being on TV anymore due to it being finished. My Favourite Character is Theodore 'T-Bag' Bagwell. I love how he's able to turn a plan set against him to his advantage, If you ever watched the show you'll get what I mean. It's hard to say what my favourite Episode is as the Prison Break directors always liked to keep the viewers on there toes and the show was always doing something unexpected, but my Favourite season would be season 1 with the Escape and then season 2 with the chase. Those were awesome.

I'll either be watching Sky Atlantic, Comedy Central or FOX when I'm not watching Sky Sports for the Football and Wrestling.

PS3 Games I Own

The Last of Us (Brilliant game)

PSN: Haas3-16
PSN Card (credit to Nikko. for telling us how to get it)


PS: I hate YouTube they're taking everything down and stopping it from being viewed in other countries. SIGS
Made by
Mr E. Nygma