2 replies to this topic

Long time no see everyone!

So as many of you may know I used to make my own caws back on WWE2k15-17. It has been a busy few years for me and Ill fill you in a little bit.

After WWE2K17 I was starting to lose interest in the current product that is WWE, and in fact, I still don't really watch to this day. But I never lost my interest in wrestling. So I decided I would skip WWE2k18 for a couple of reasons, firstly I was struggling financially for a while and I wanted to save money, and secondly because I wanted to take a break. Maybe If I took a year off, I might find my love for it again. However, my friend whom I gameshare with on XBOX bought it, so in turn I got it. I actually started working on my usual stuff, but I just couldnt get into it. So I scrapped it, and deleted the game. A year passes, and 2K19 comes around, and I looked into the game, and I just wasnt impressed, so i decided it would be best to skip it too. Now, 2k20 is on the horizon, and I have got a hankering for creation. So I redownloaded 2k18 and started to remake some old guys with new thoughts in mind. And I wanted to share my current preview for my possible return to the realm of creation in WWE2k20.

So as I have said in the past. AREEEE YOUUUU READDDDDYYYY?!!?

Up First is probably my most popular created superstar. 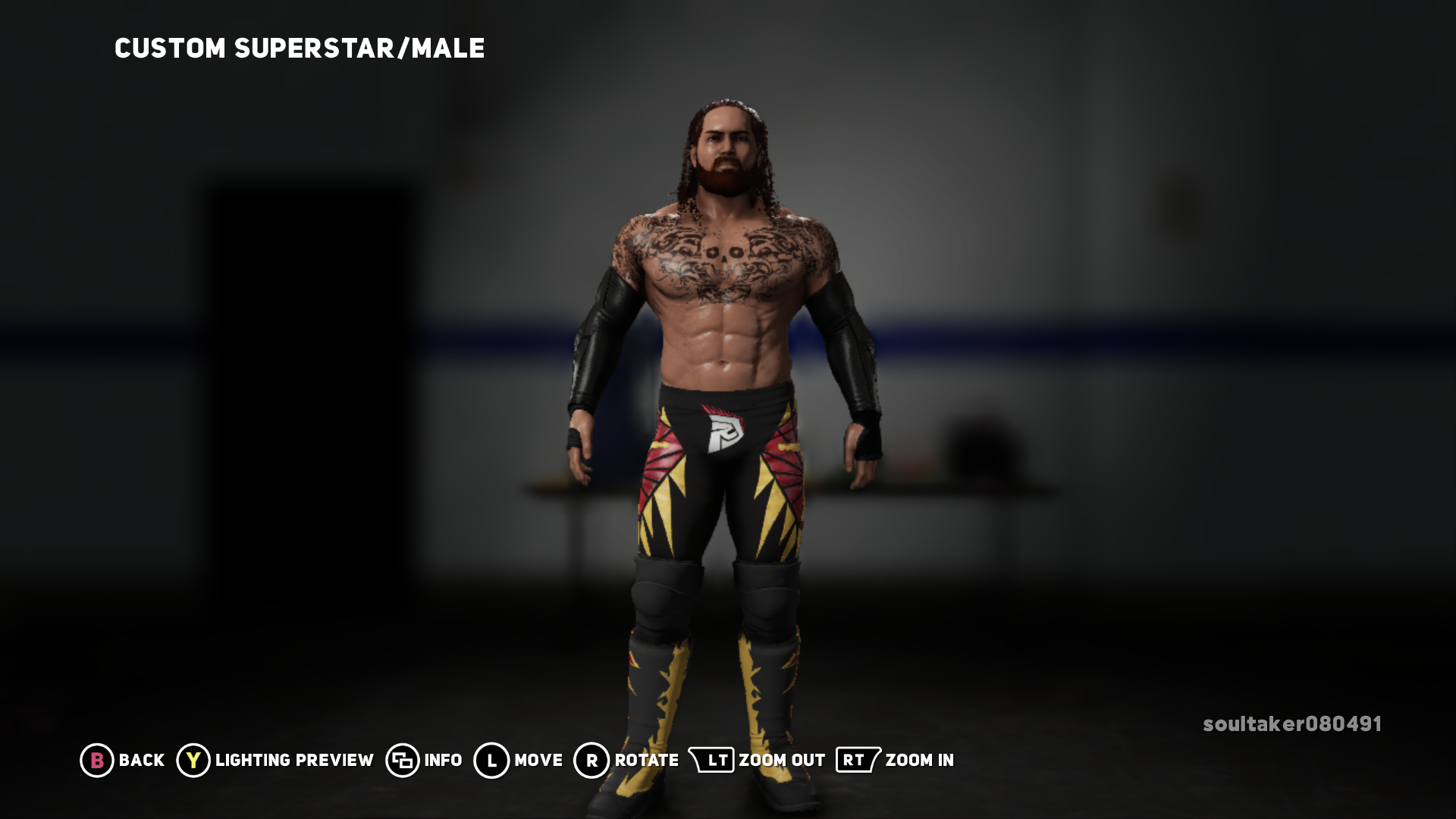 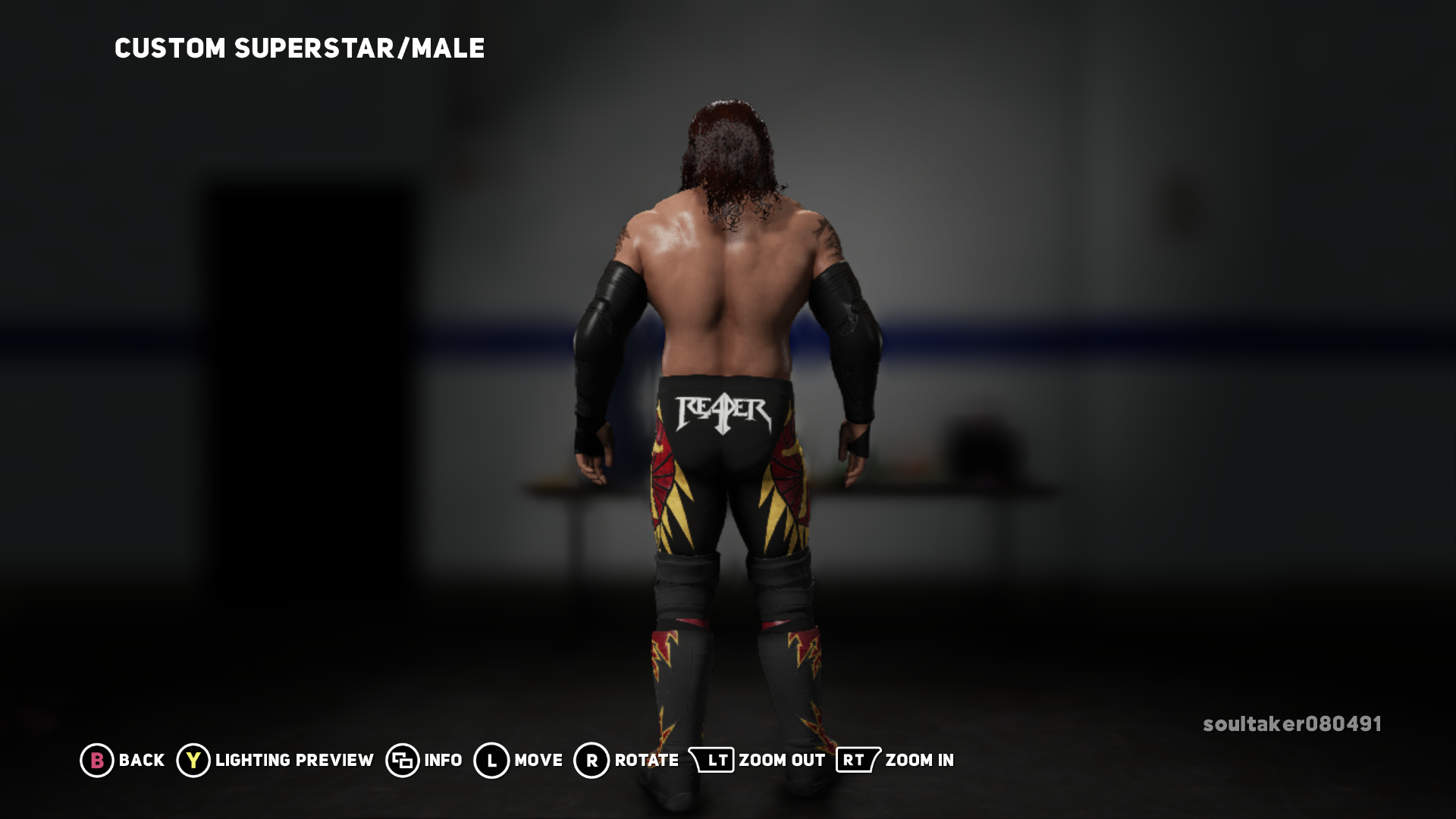 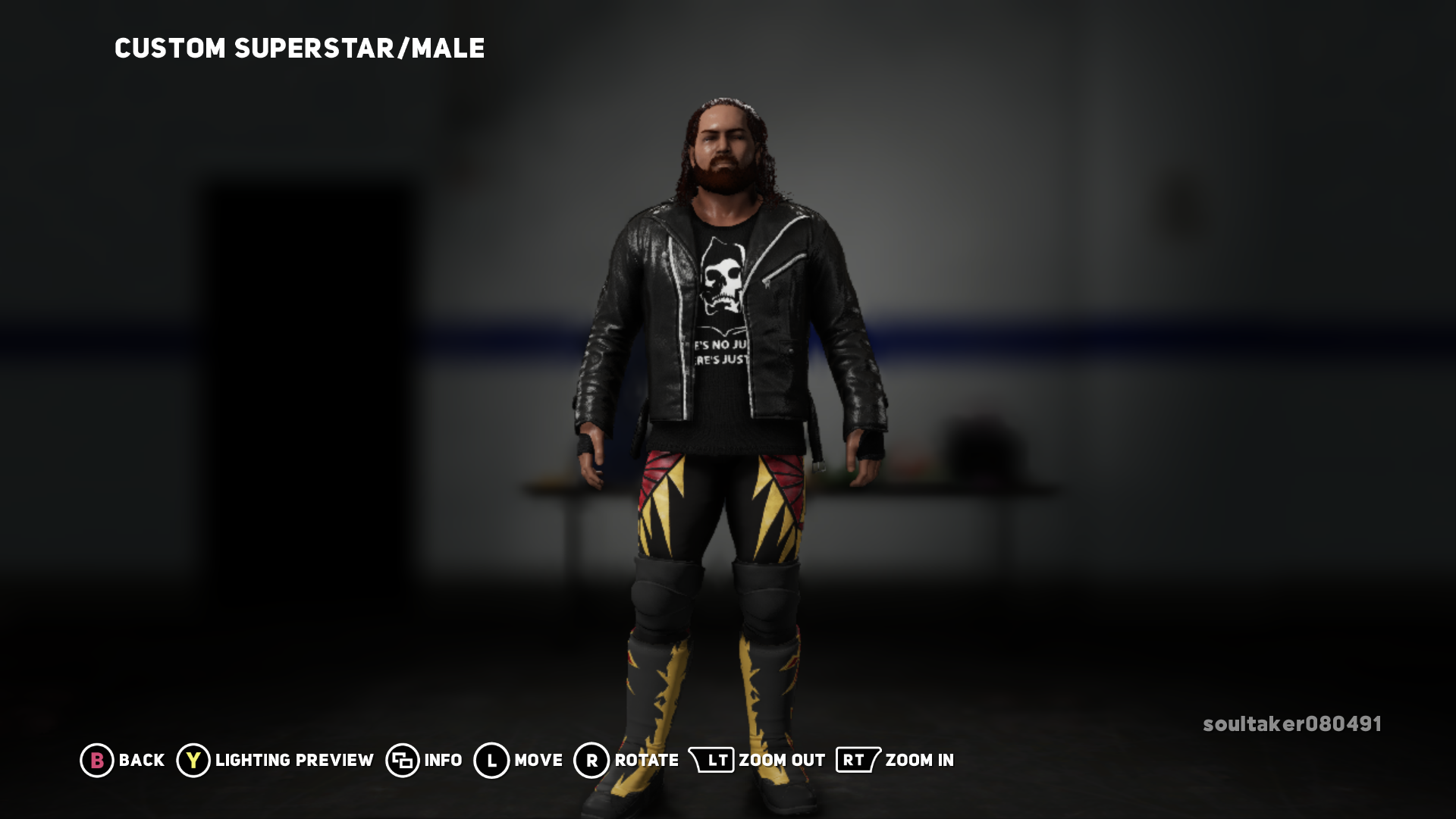 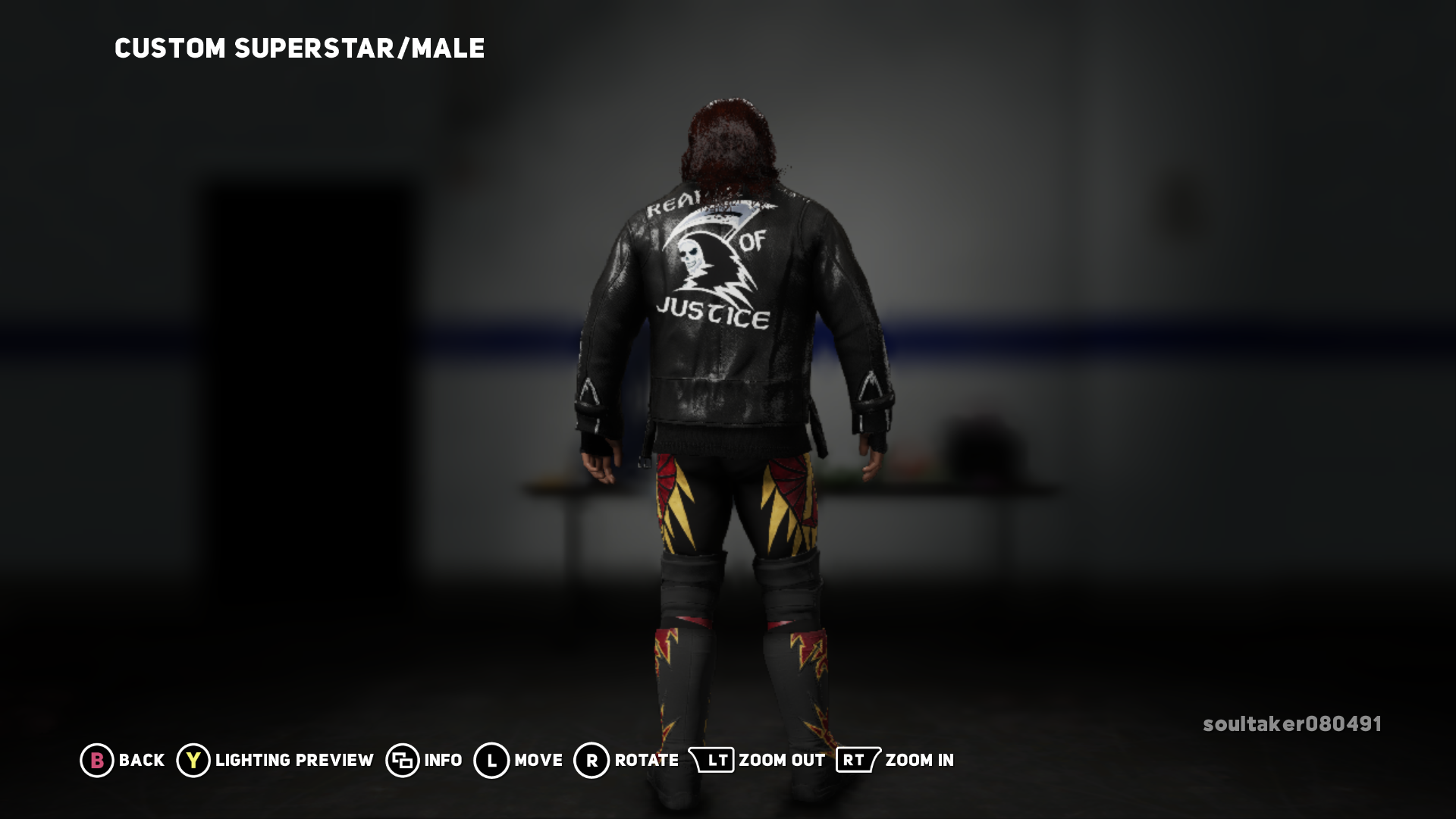 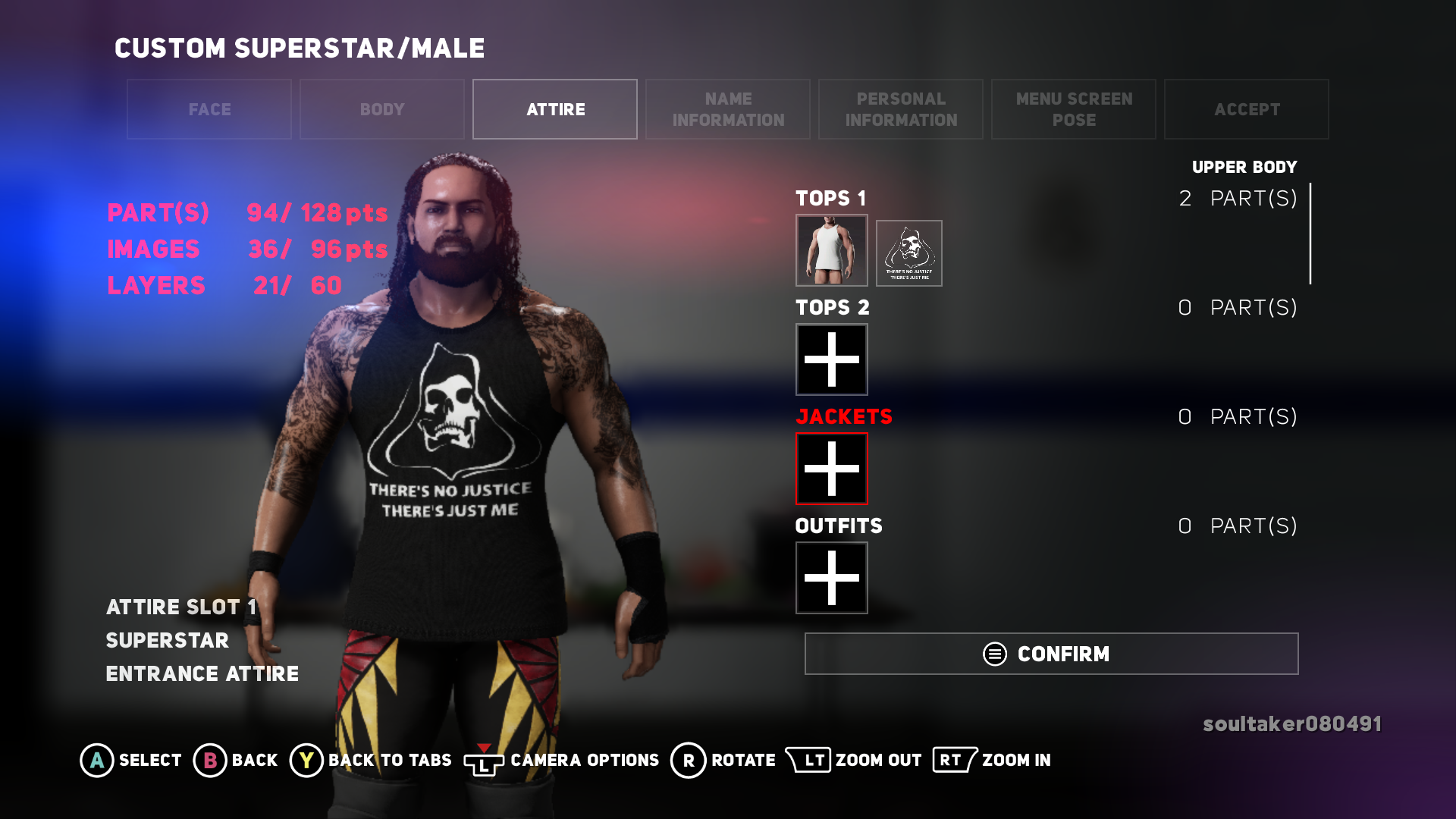 Attire 2: The Reaper Of Justice 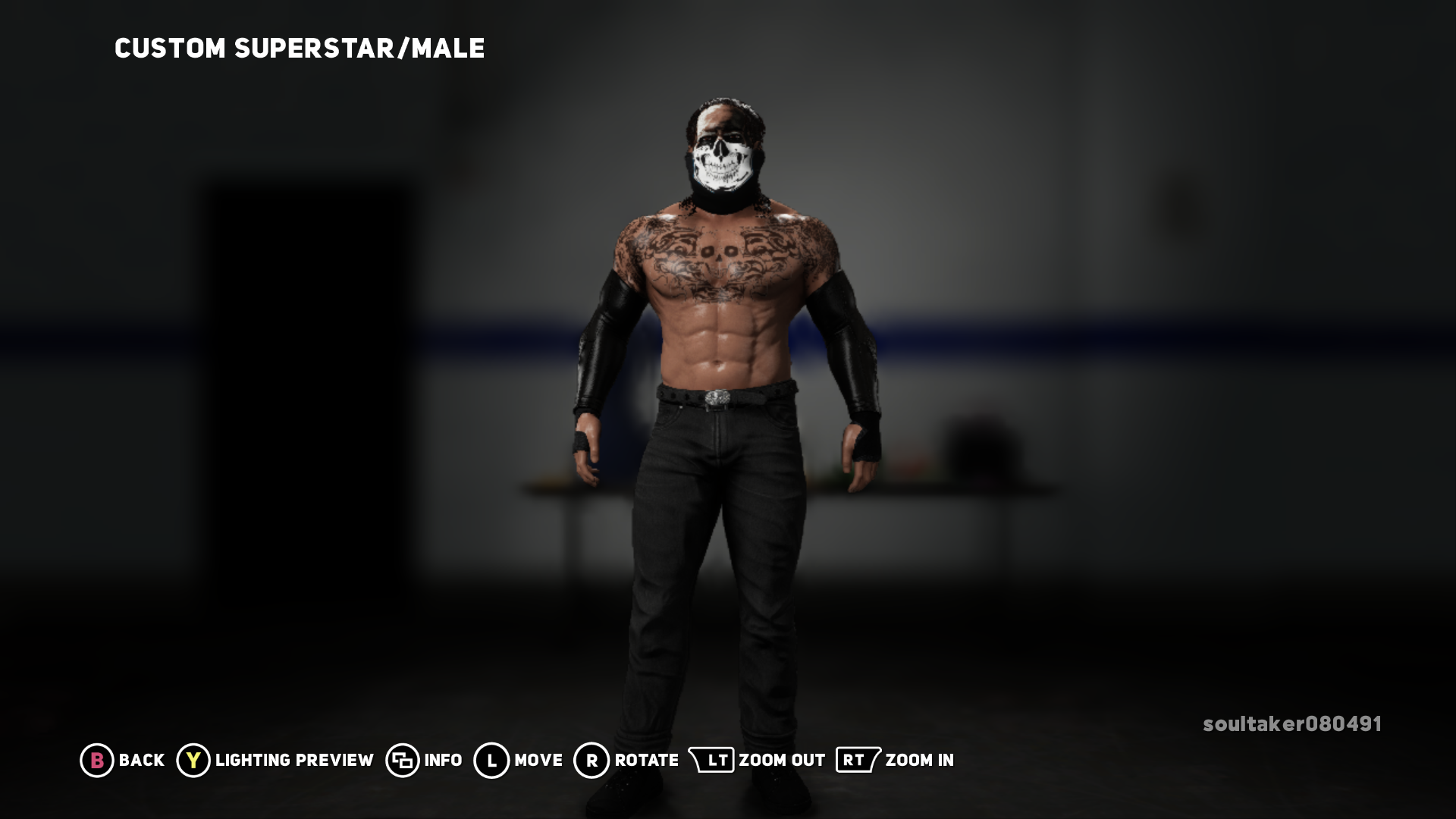 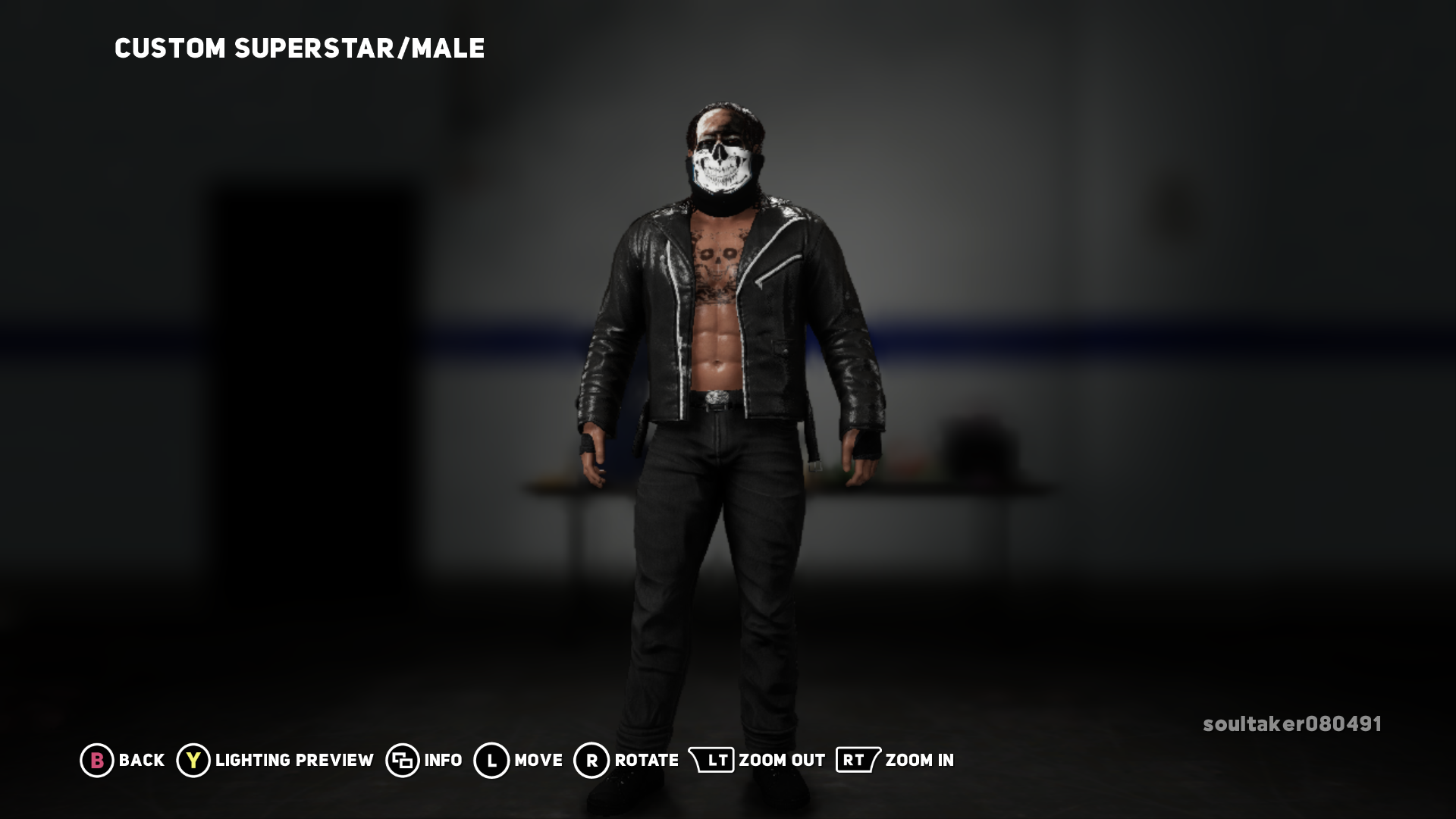 So, after the WWE collapsed at the end of 2k17 Ryker Found himself in the Impact Zone. When everyone thought he was gonna fade into nothing, he did quite the opposite. He became something else. He created a new Persona (A la Finn Balors Demon) Based on his old Motorcycle Club The The Reapers of Justice. Now as not only a bringer of justice he became The Reaper of Justice, instilling fear into everyone he faced. With WWE ready to be born again, will Ryker Dominate as before?

Up next my oldest creation! 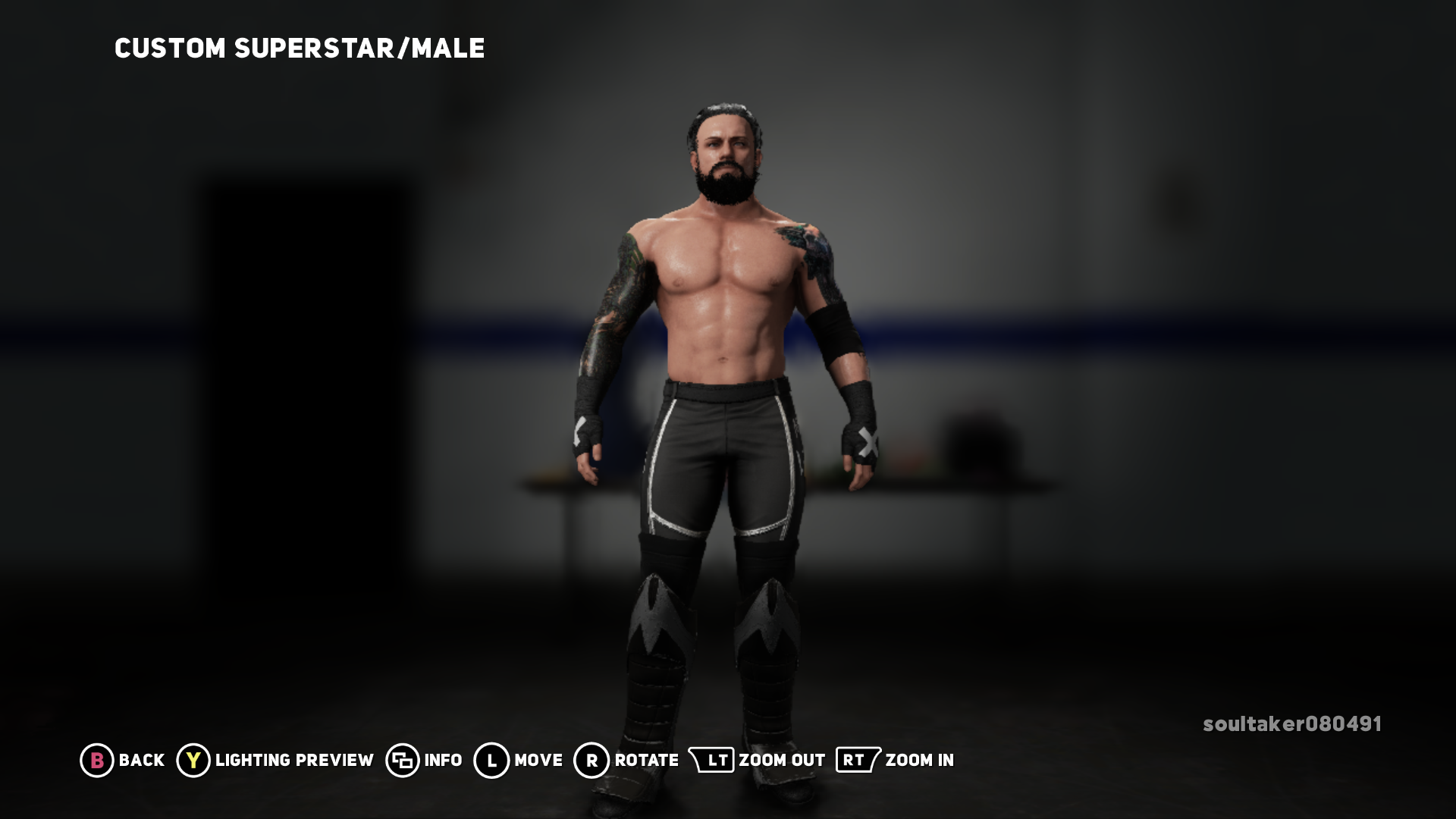 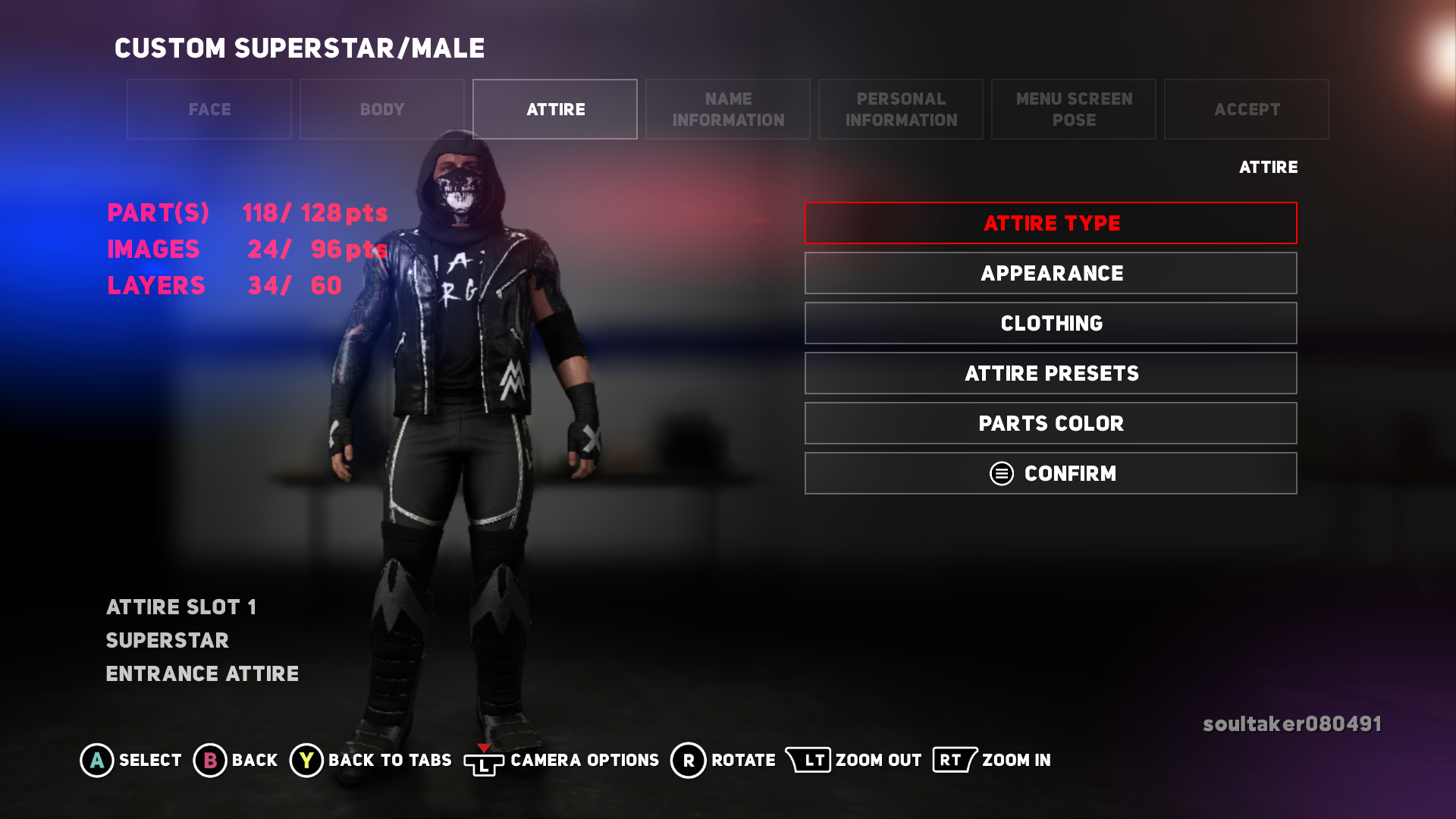 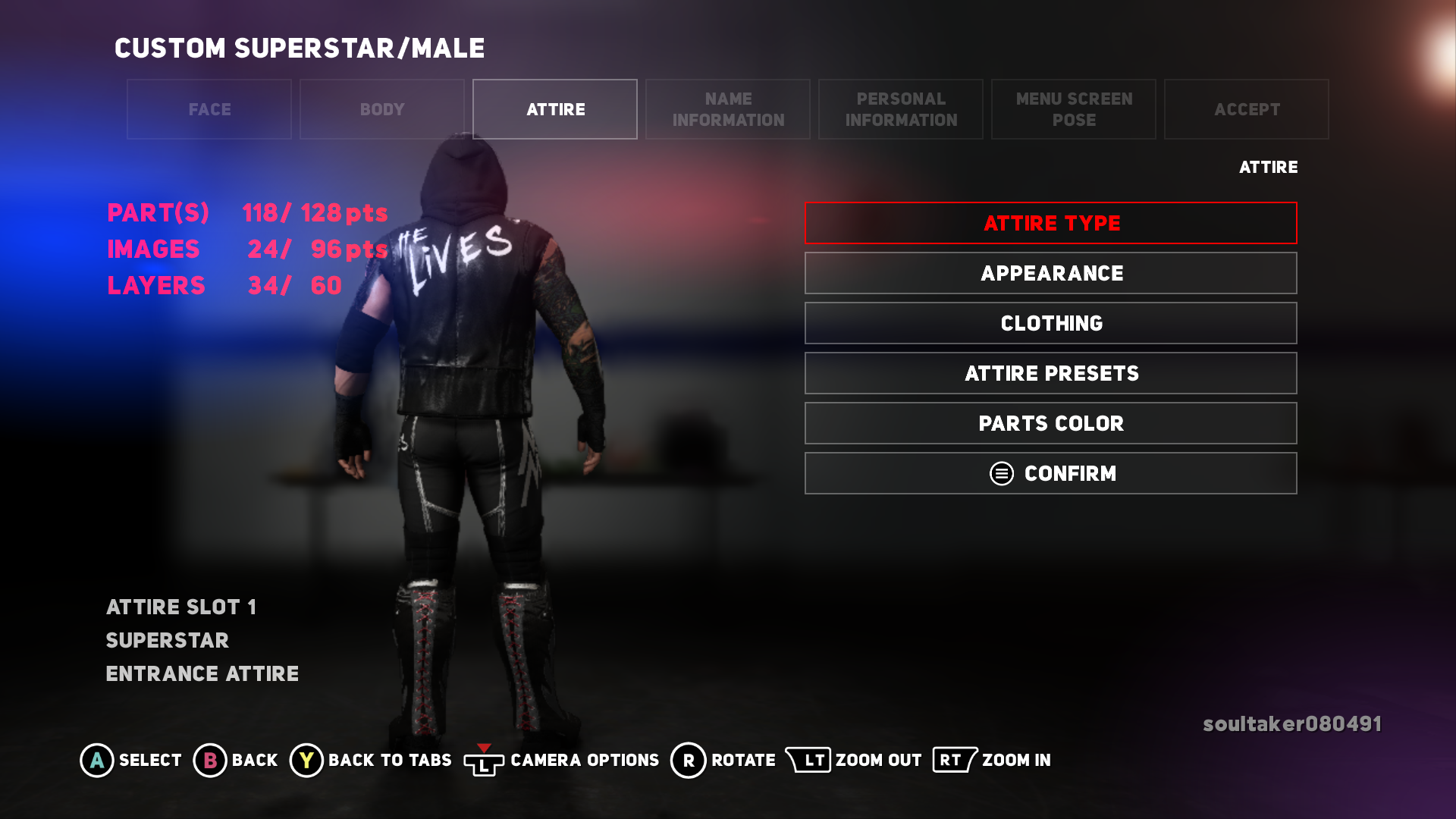 So Max Morgan, the entity known The Scorpion, dissipated into the night  He didnt go wrestle somewhere else, he didnt want too. He want back to his Dojo to meditate, to train, to prepare for the eventually retelling of his story. He has become more focused, more attuned to himself. When WWE is reborn, the light will shine in his darkness, but will it be a pretty sight or will the darkness and aggression consume him?

Next up the Newly Formed Tag Team in the Independents. 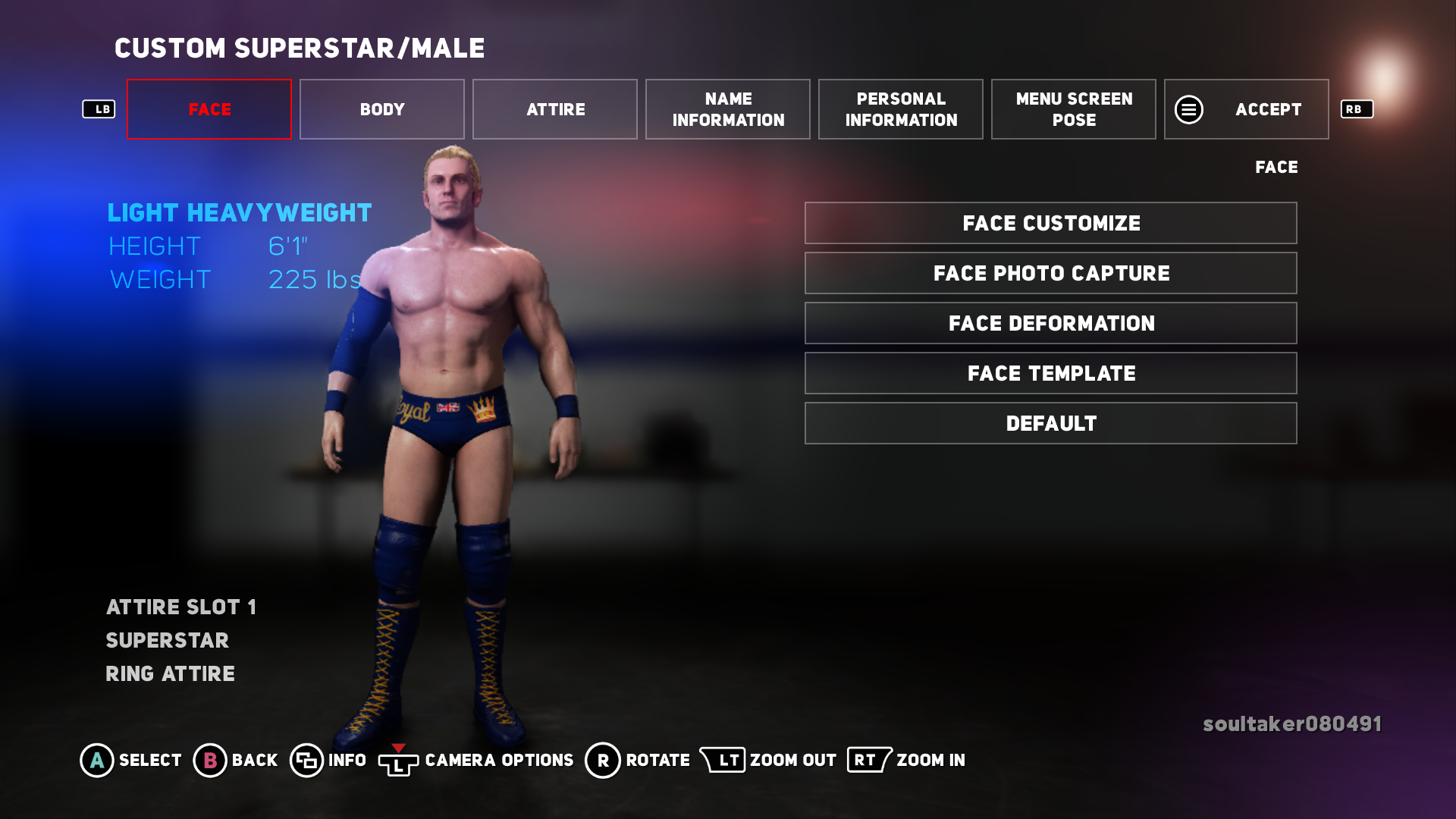 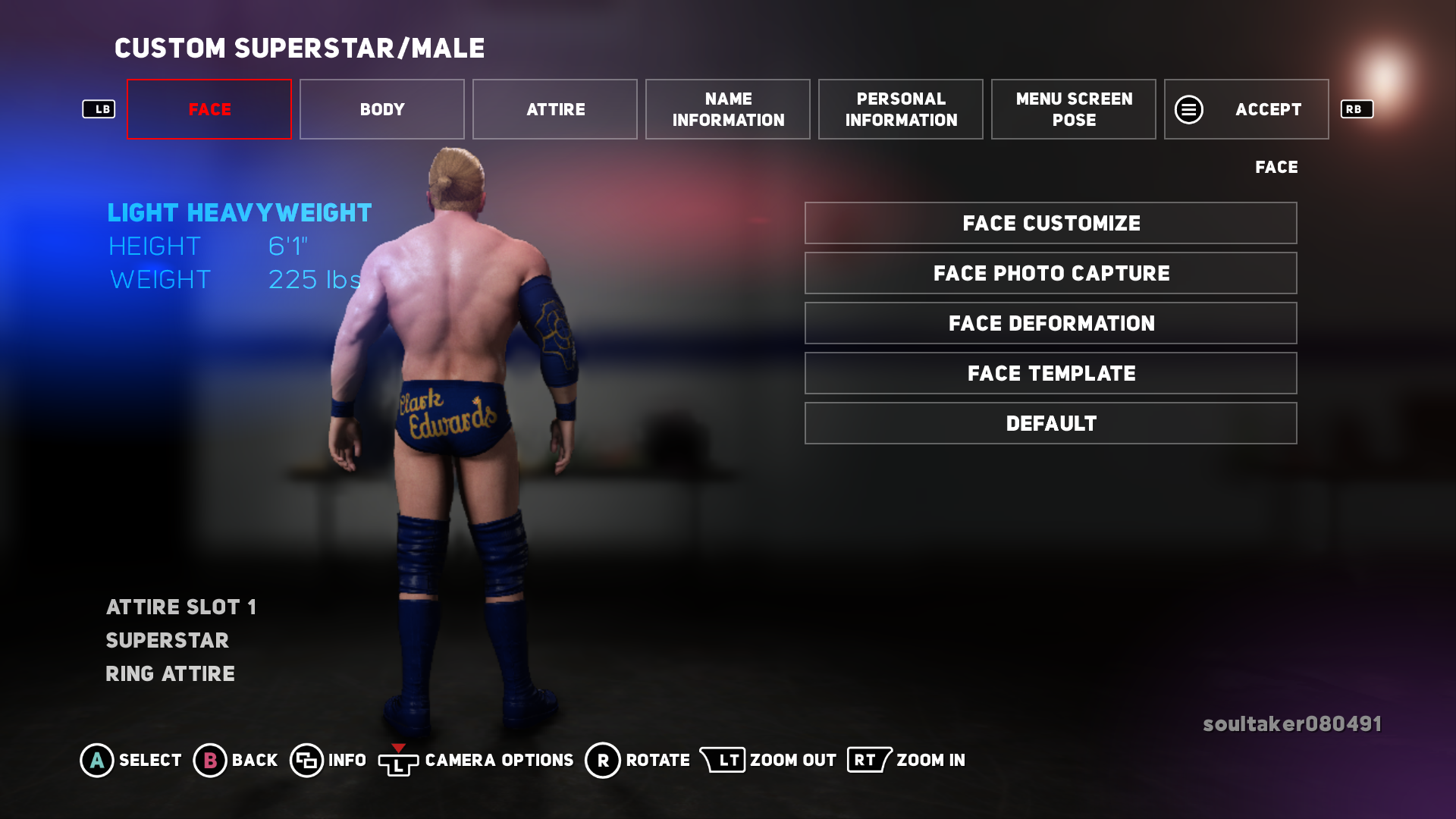 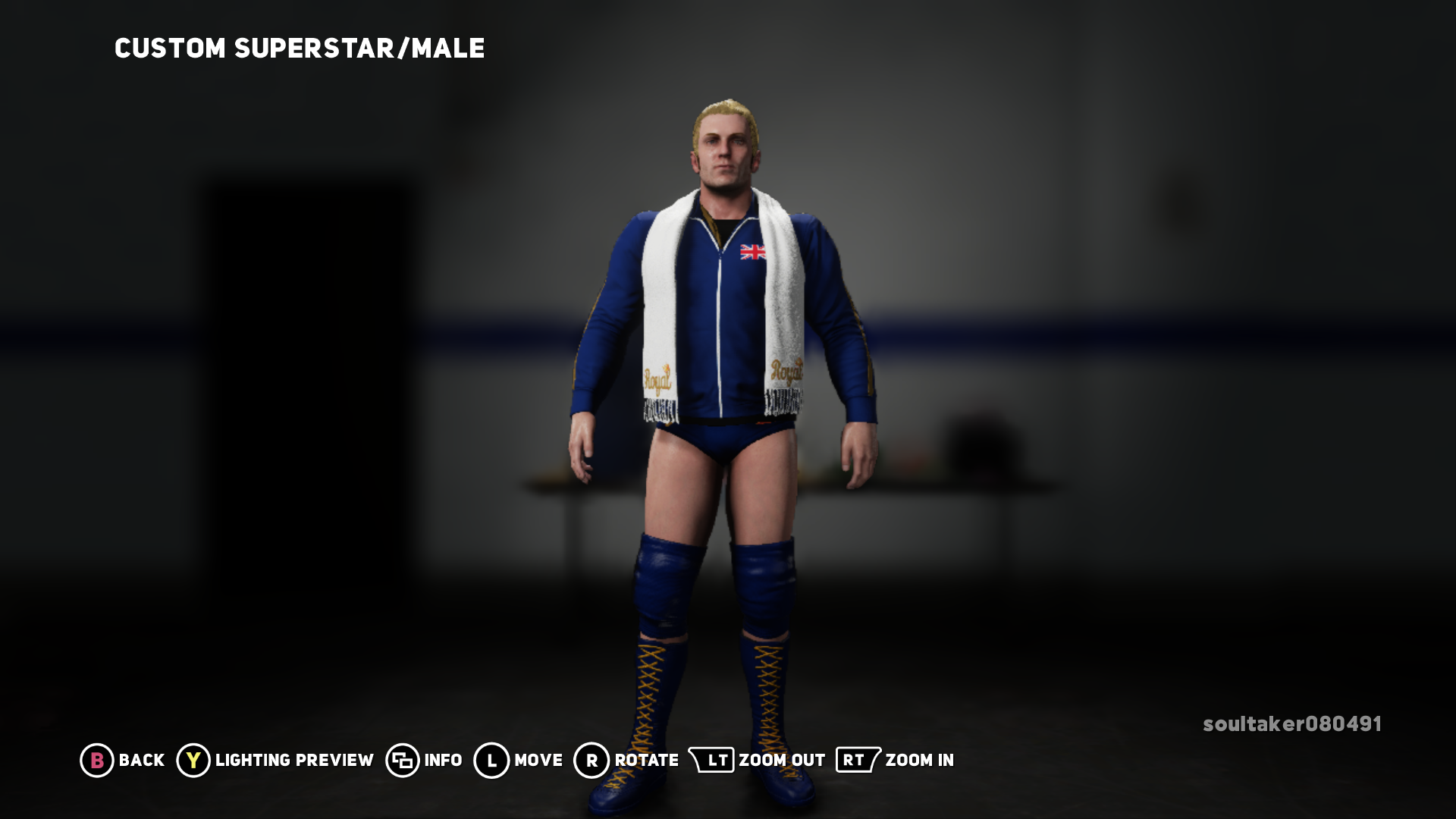 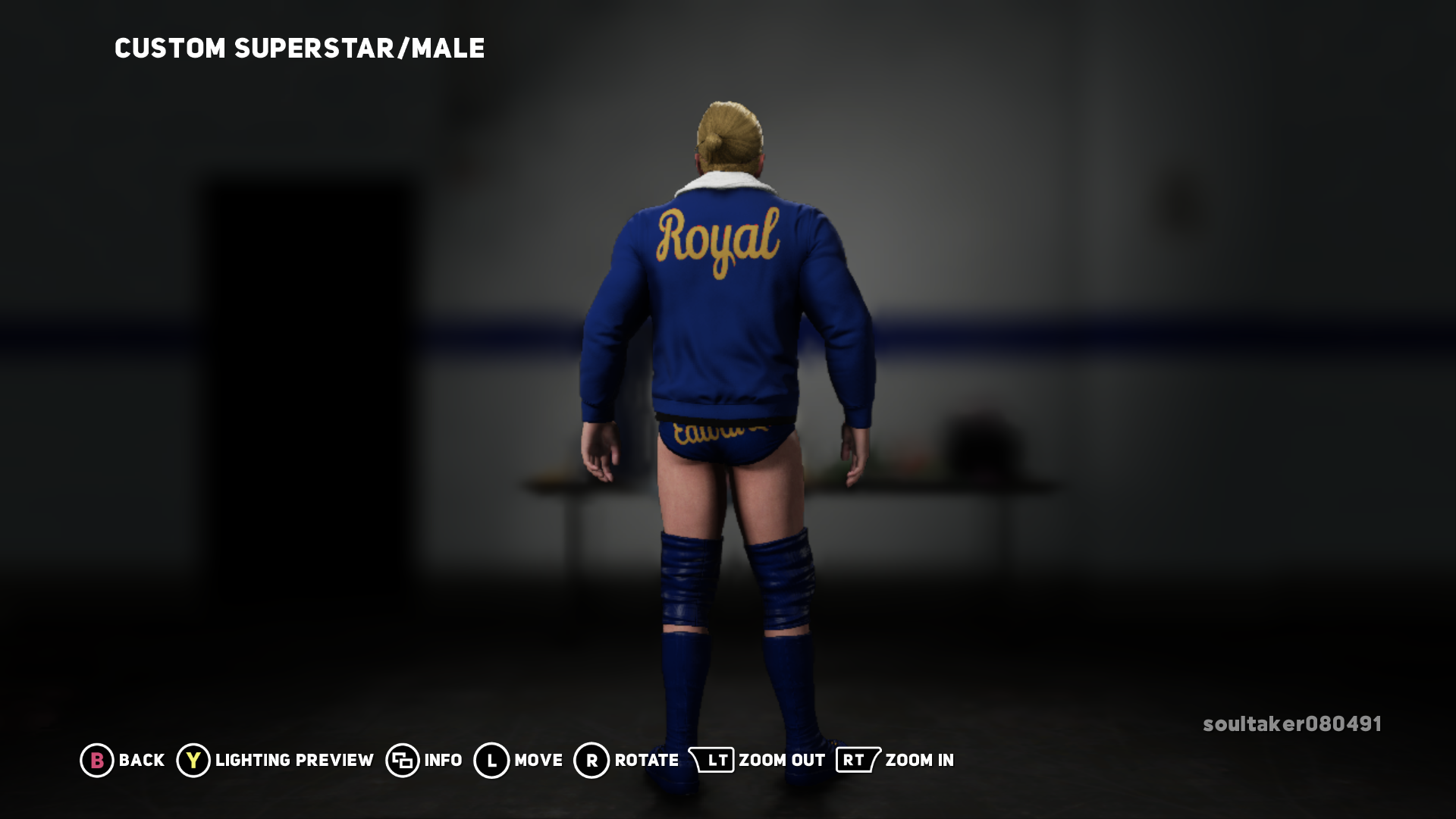 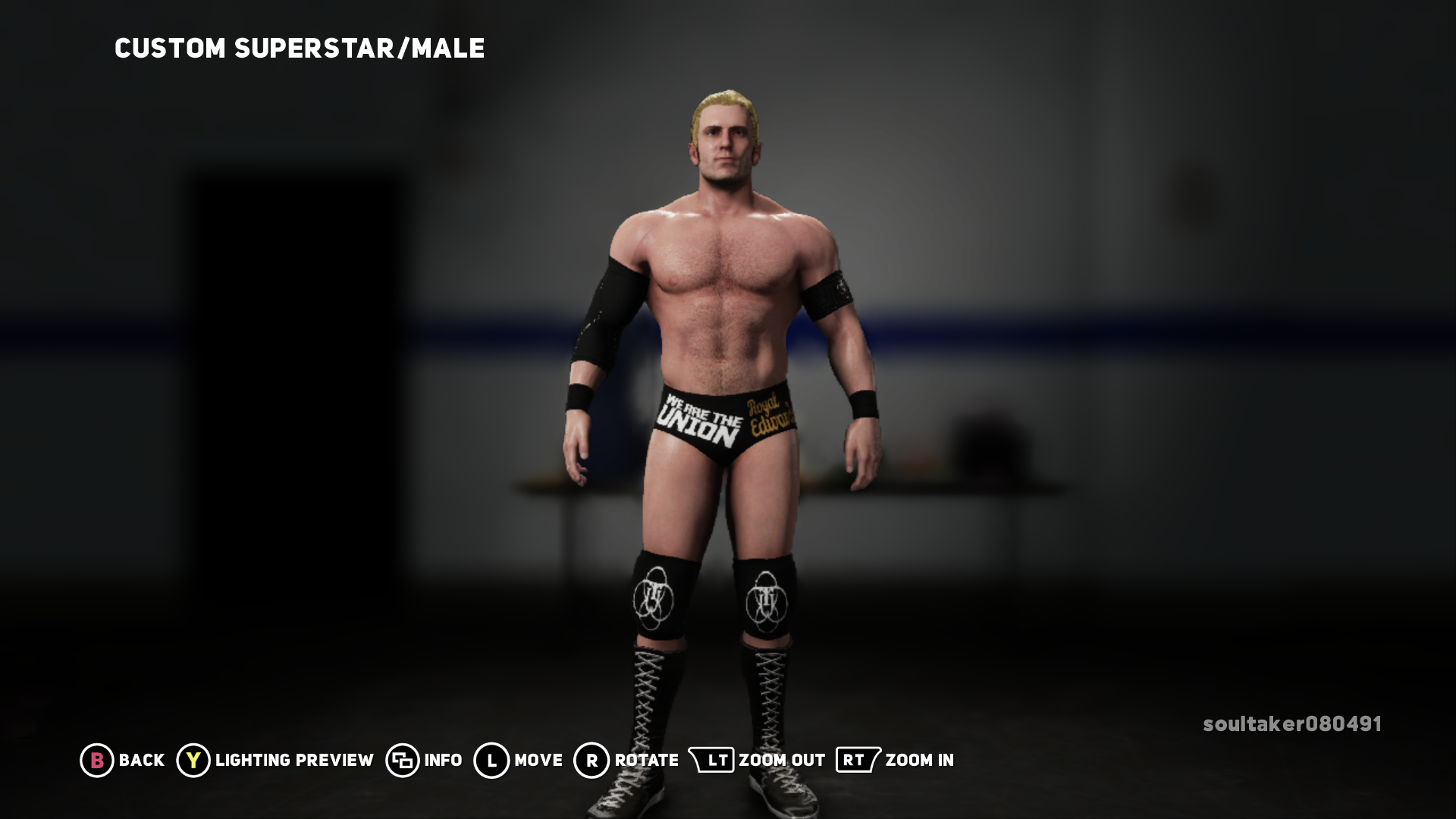 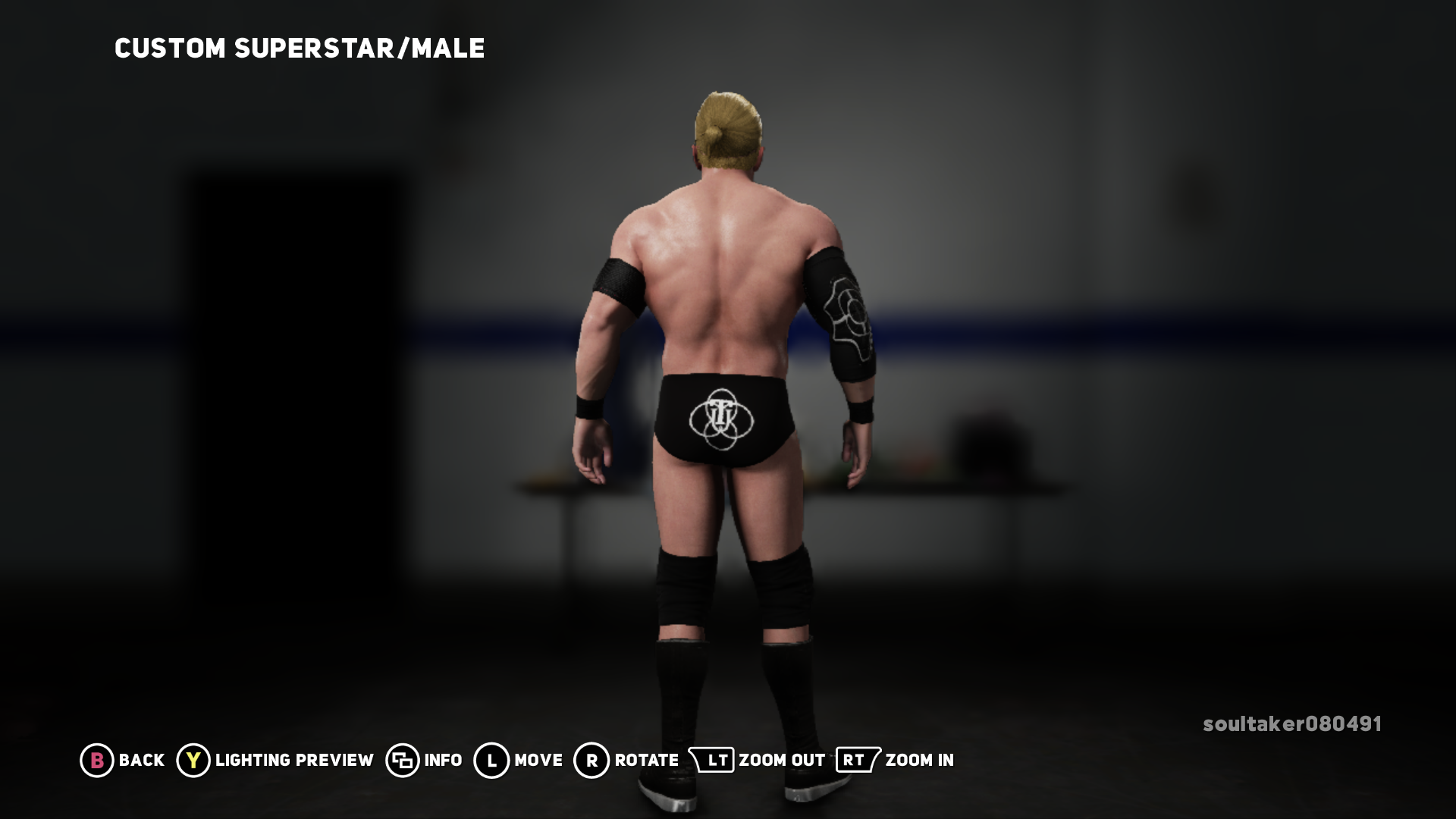 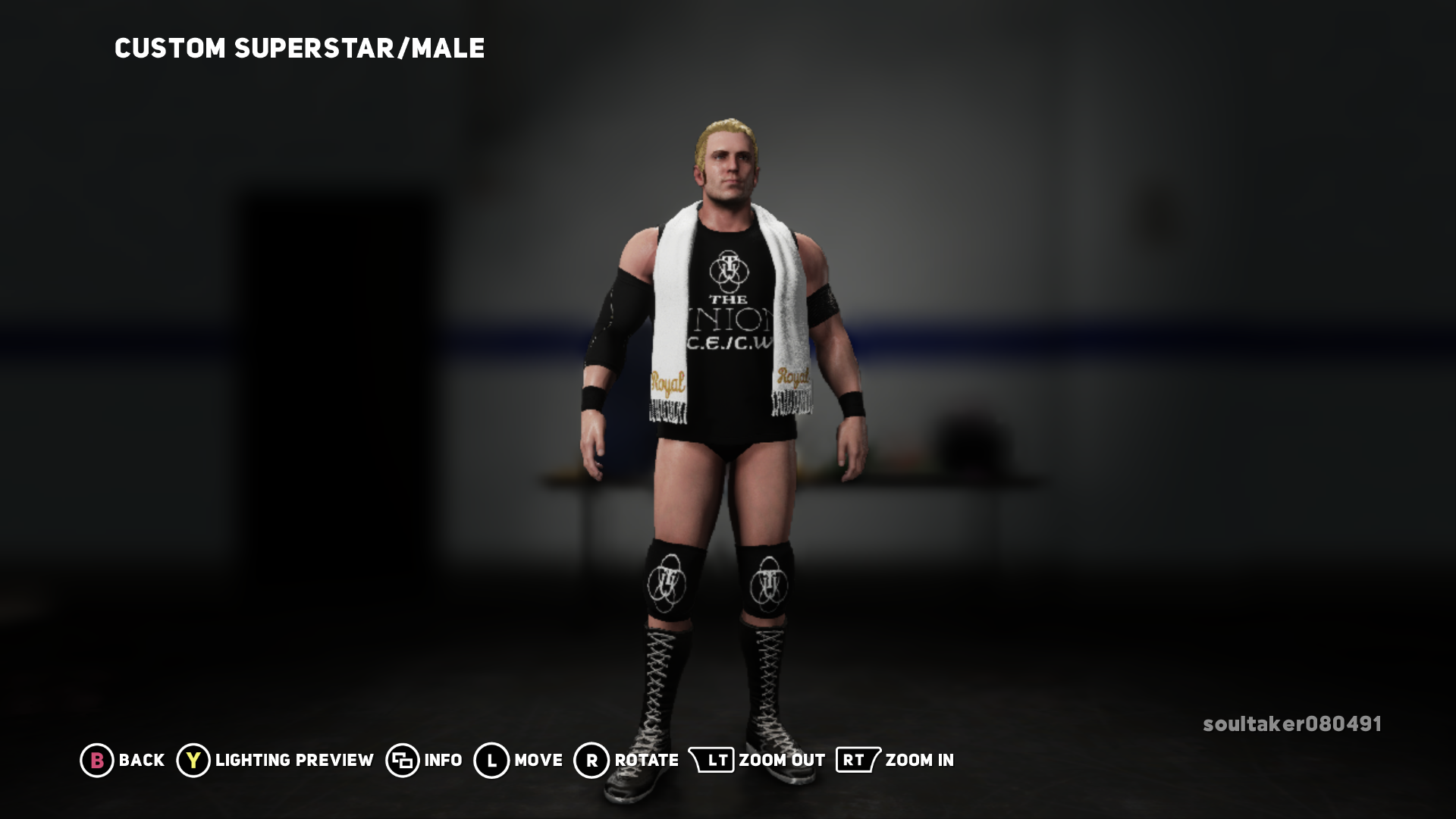 And Christopher Wallace is Next. 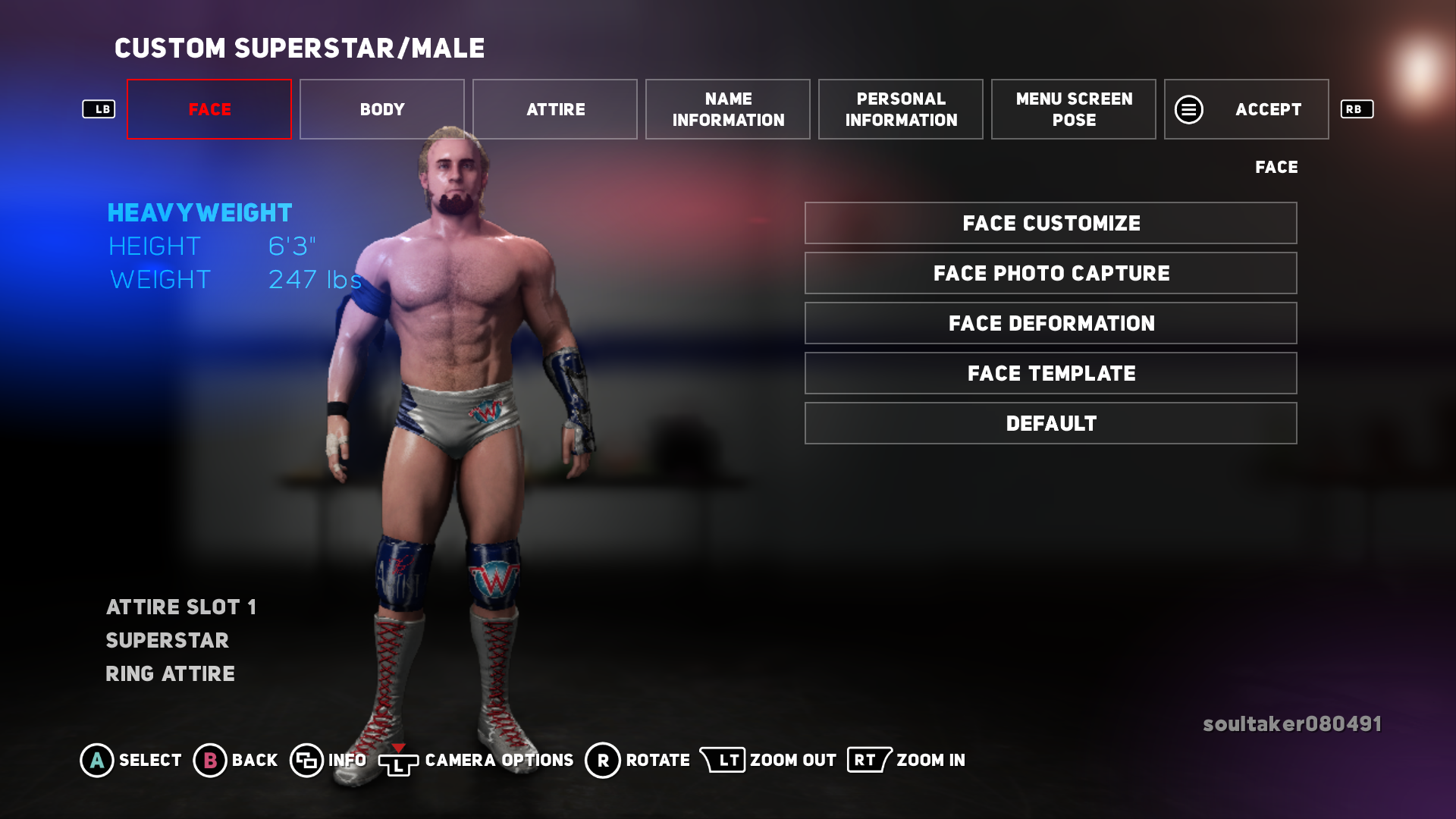 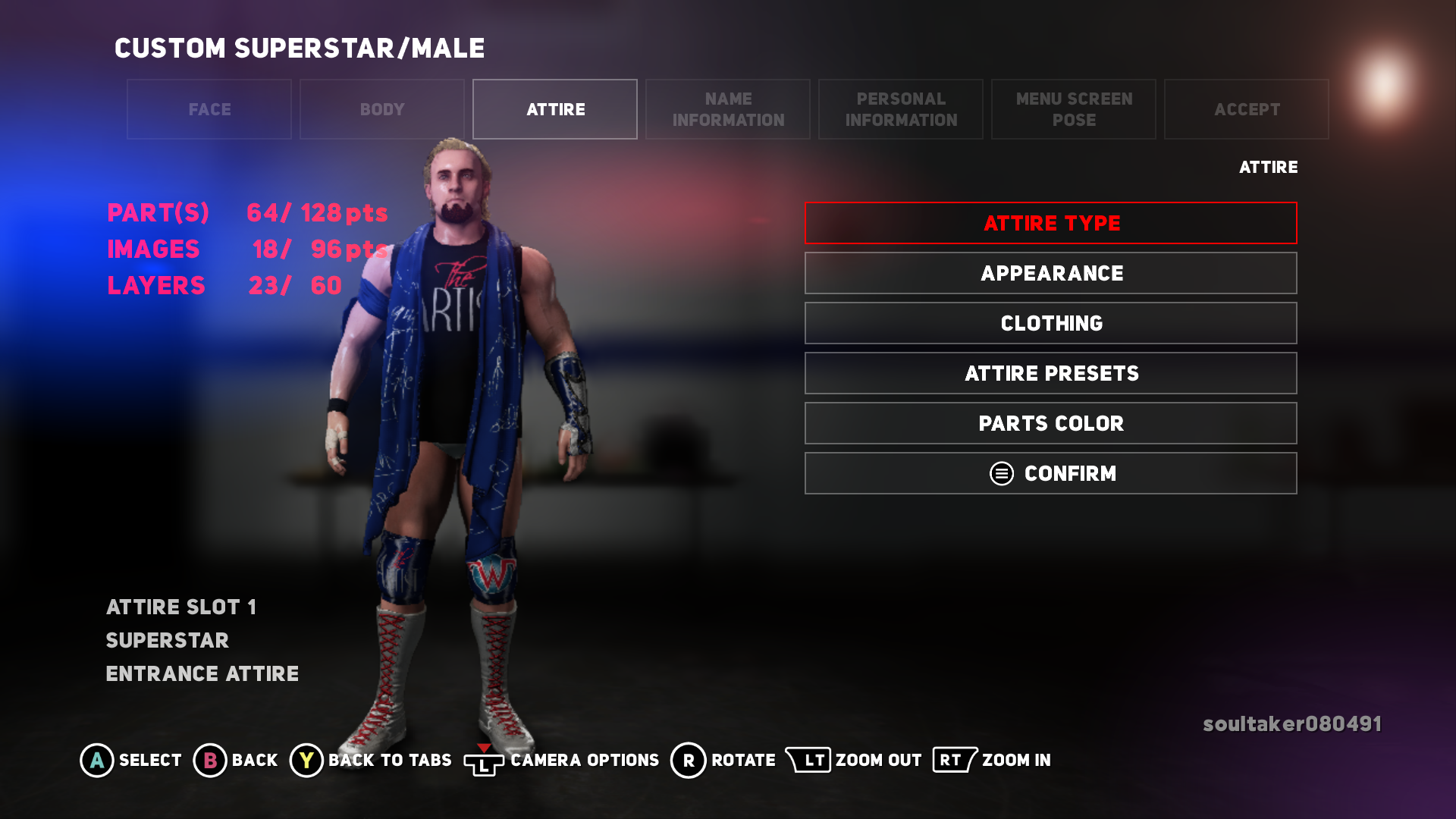 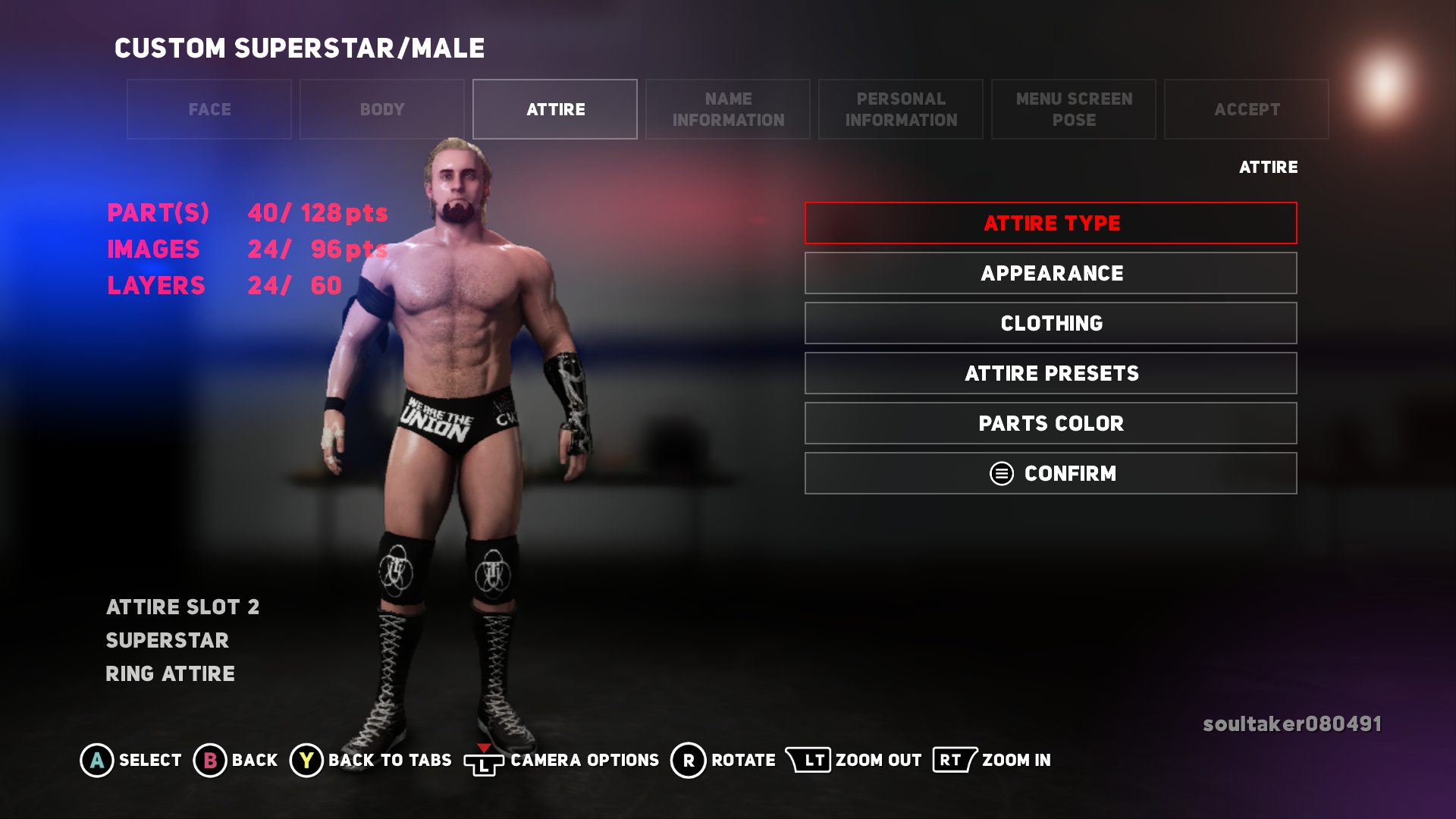 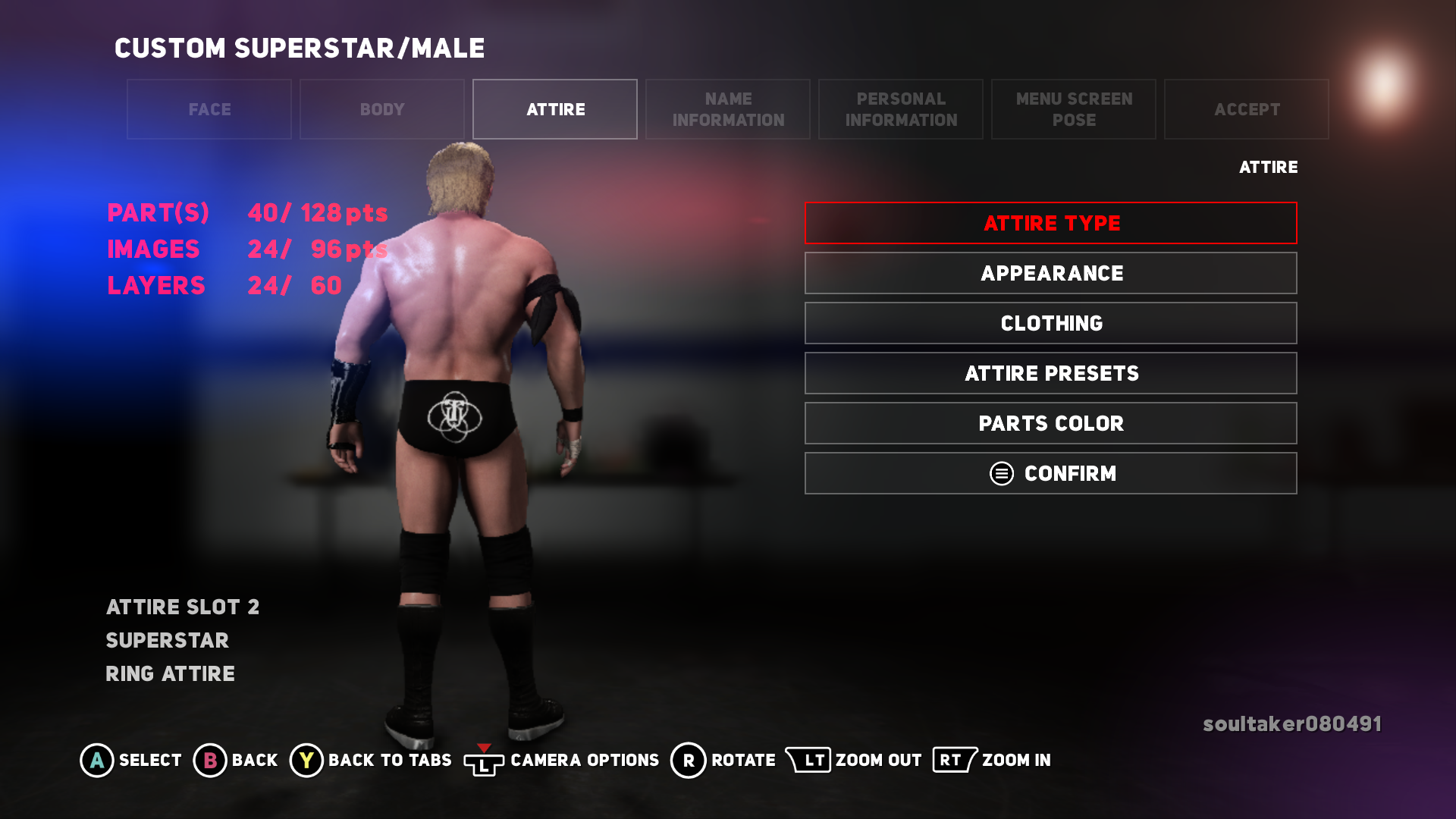 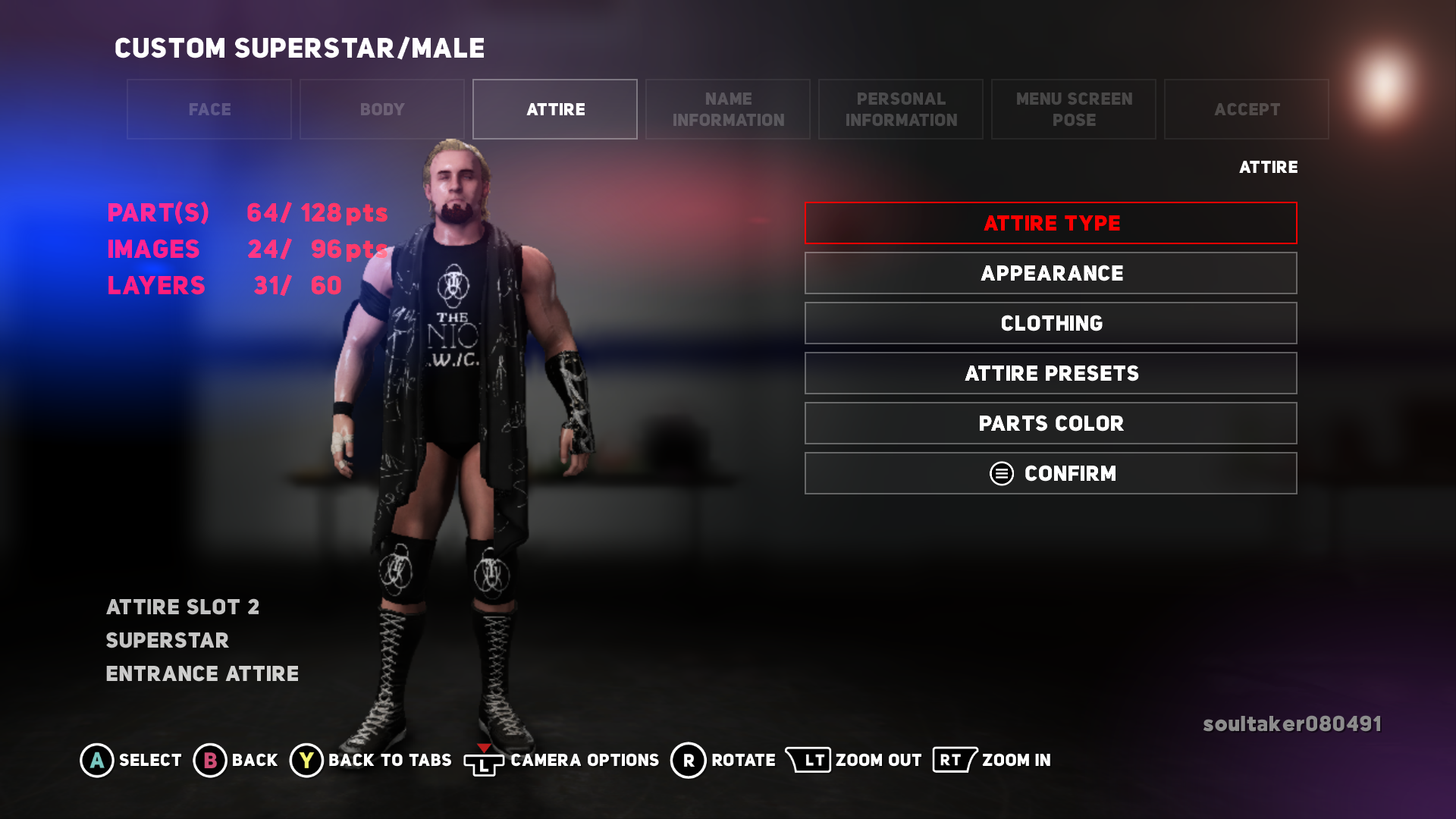 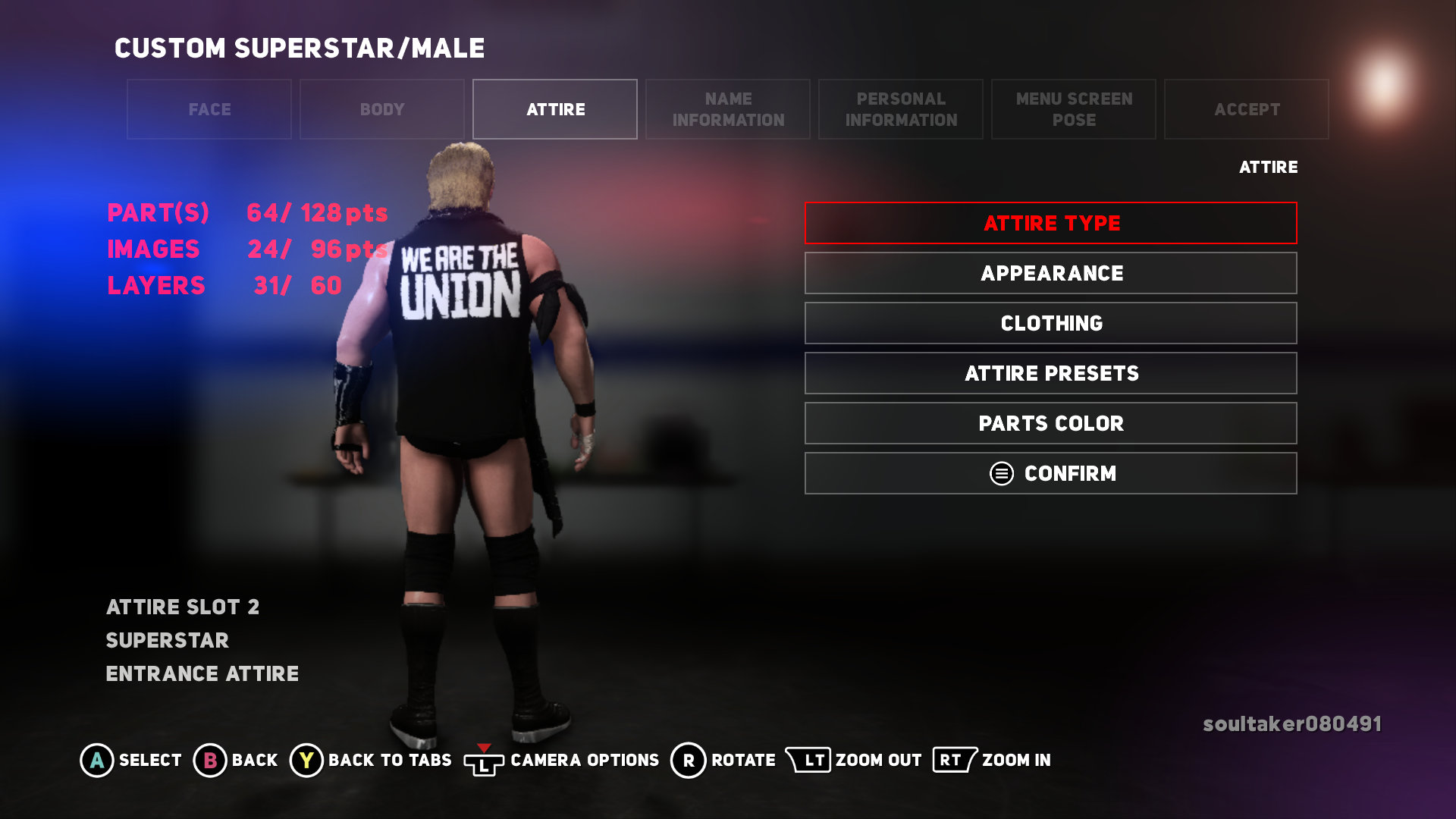 So after WWE went under, these two both ended up signing in New Japan. They honed their crafts and did semi well in singles competition. However, after having an equal shared enemy, they joined forced and realized how well they meshed together. They ran the tag team scene in Japan before moving over to ROH and once again ruled the Tag Team scene winning the titles a total of 4 times in 10 months. Then Holding them for the remainder of the next year and a half. They are poised to come back to WWE and rule the Tag Team Division again as well as get their singles careers back together, with each others backs, who knows what they can do!

Thank you guys for all the continued support over the years. And I would have never got here without you guys. i would happily accept any criticism and praise as I prepare for my possible return to WWE2K Creation Suite in 2K20!

Have a great day guys!

Sweet CAWS. Lol I don't know if intentional? But Christopher Wallace is the real name of the NOTORIOUS BIG

Sweet CAWS. Lol I don't know if intentional? But Christopher Wallace is the real name of the NOTORIOUS BIG


It wasnt intentional, I just wanted a name that sounded a little uppity when creating a Superstar from Hollywood who was an actor. But thanks a bunch!