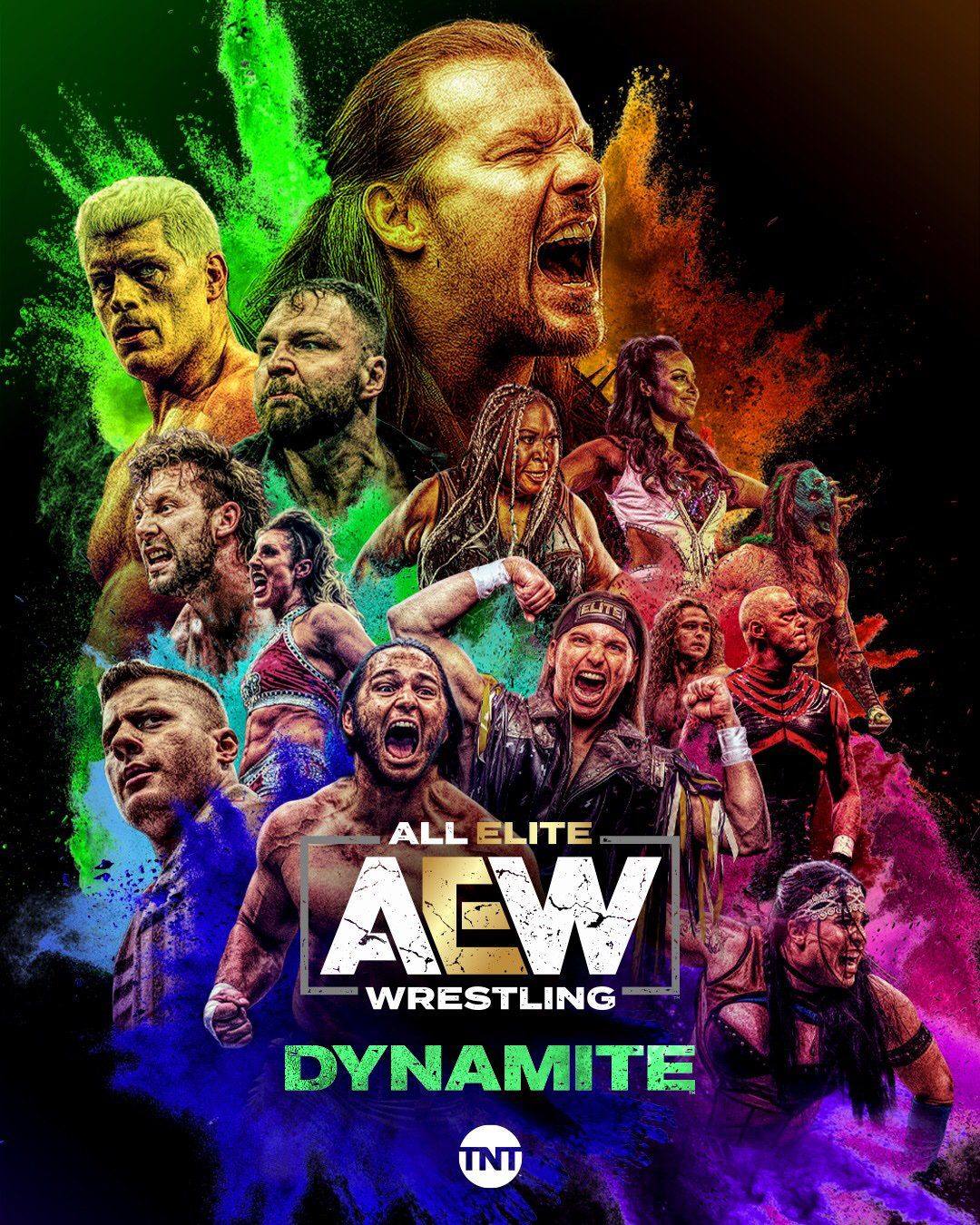 Fight for the Fallen: 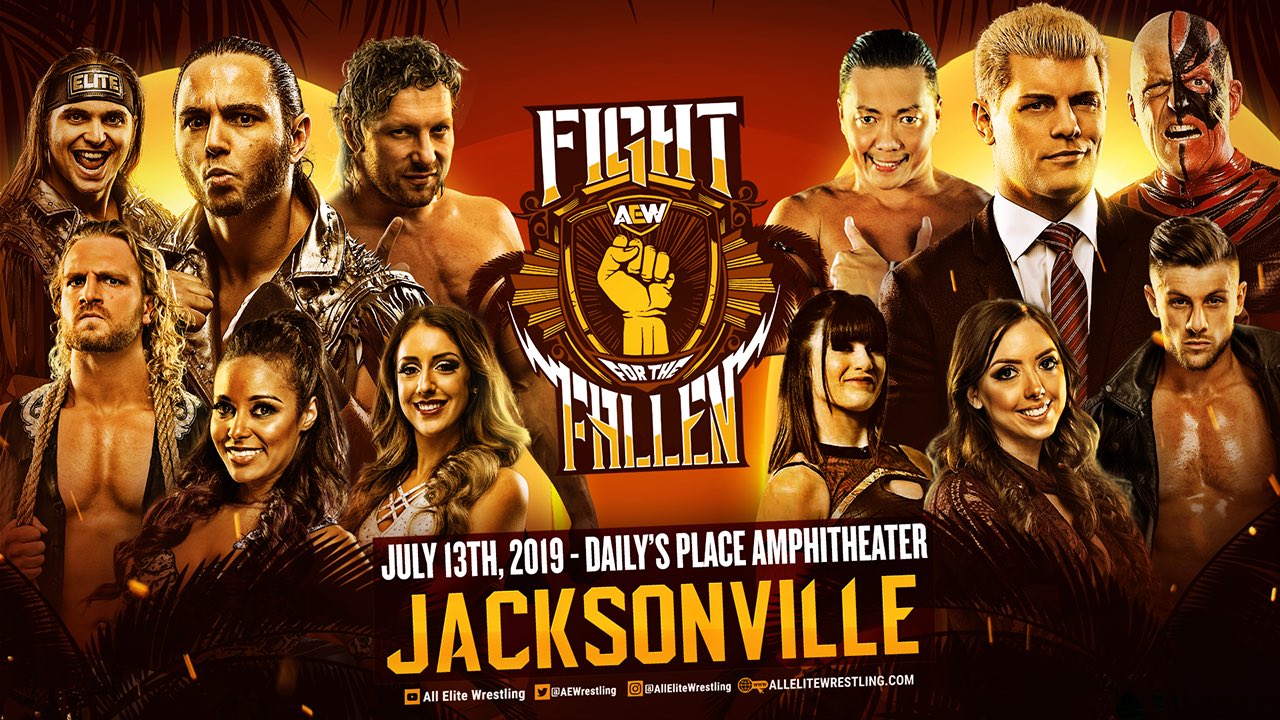 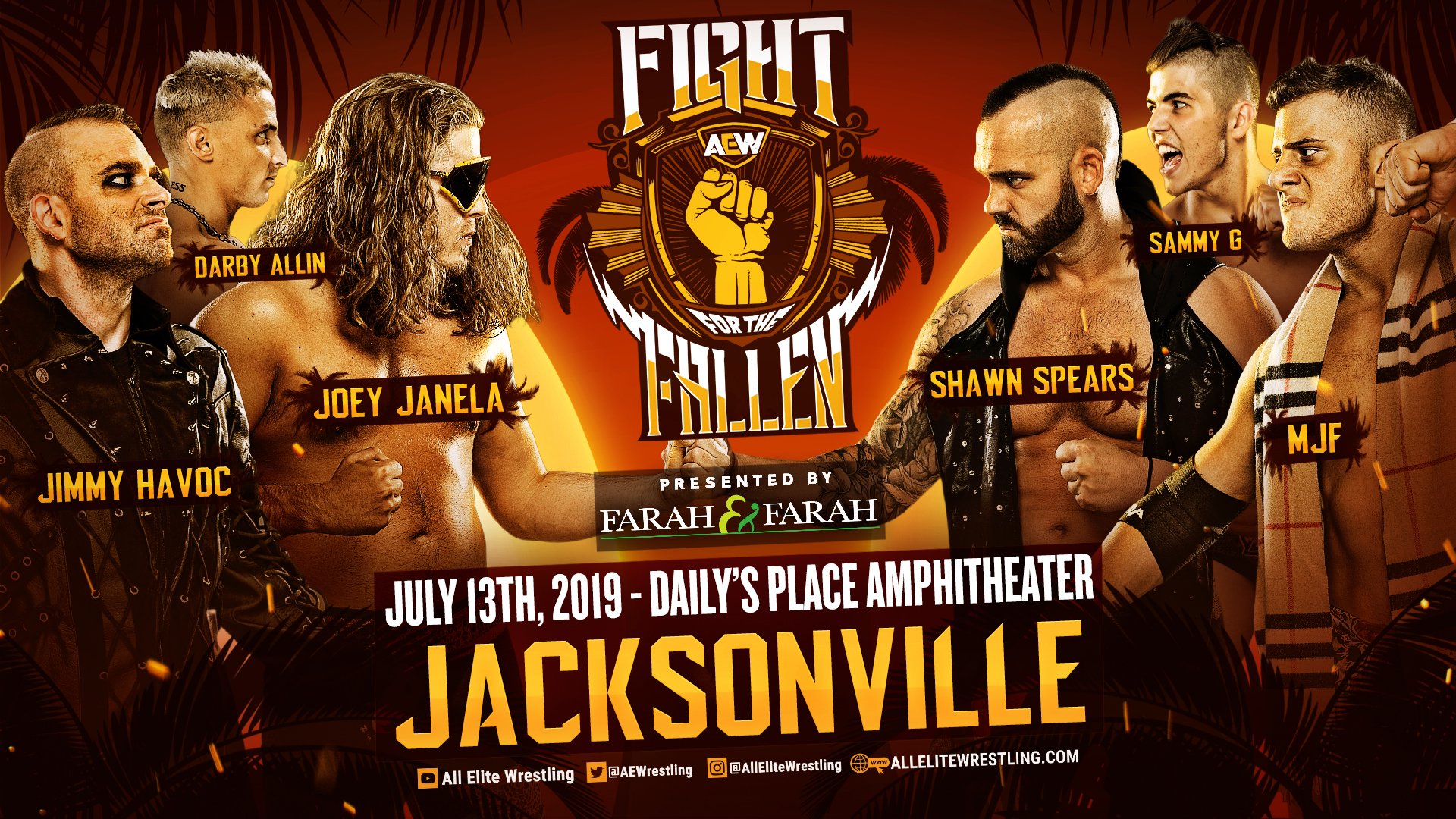 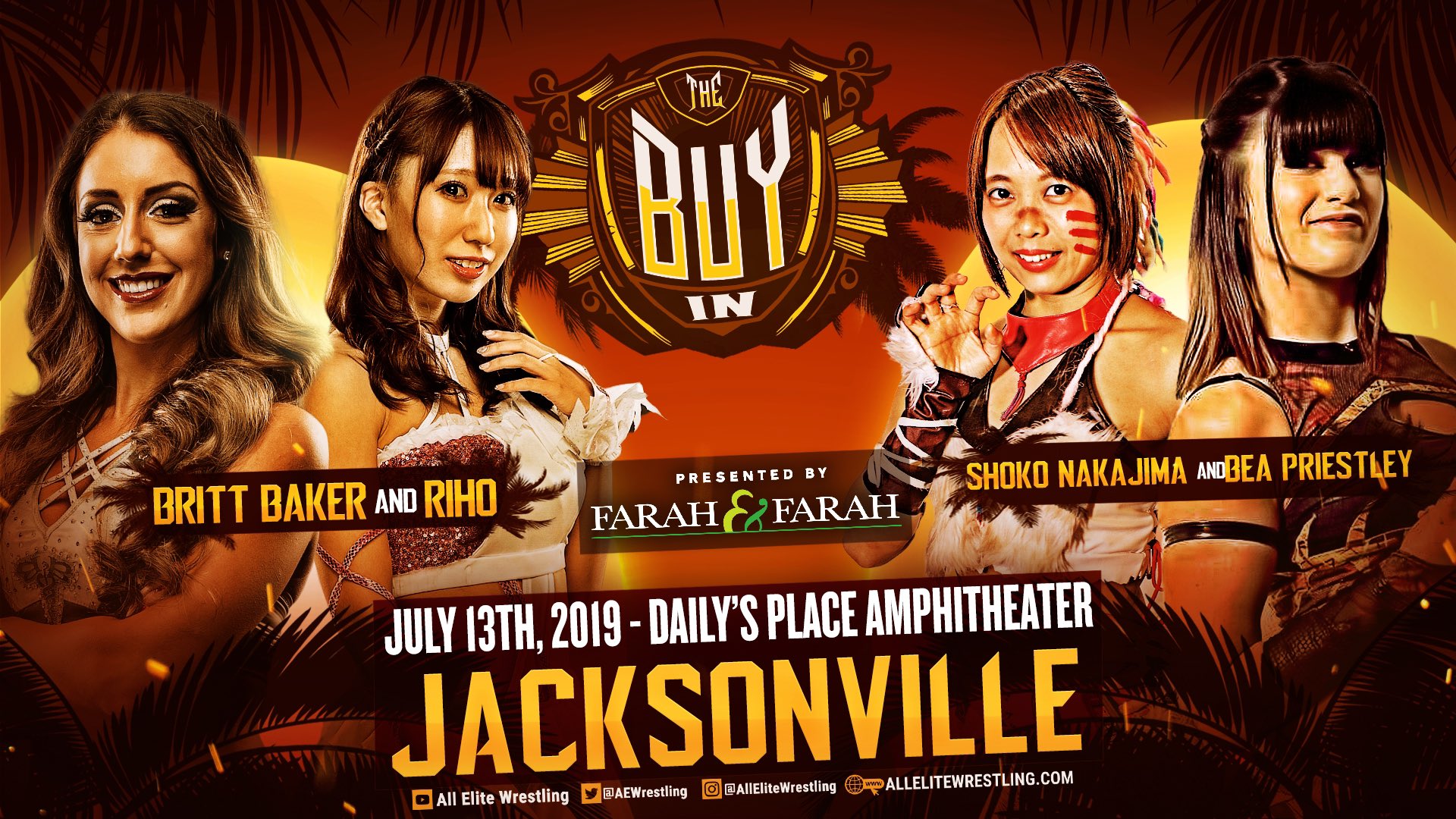 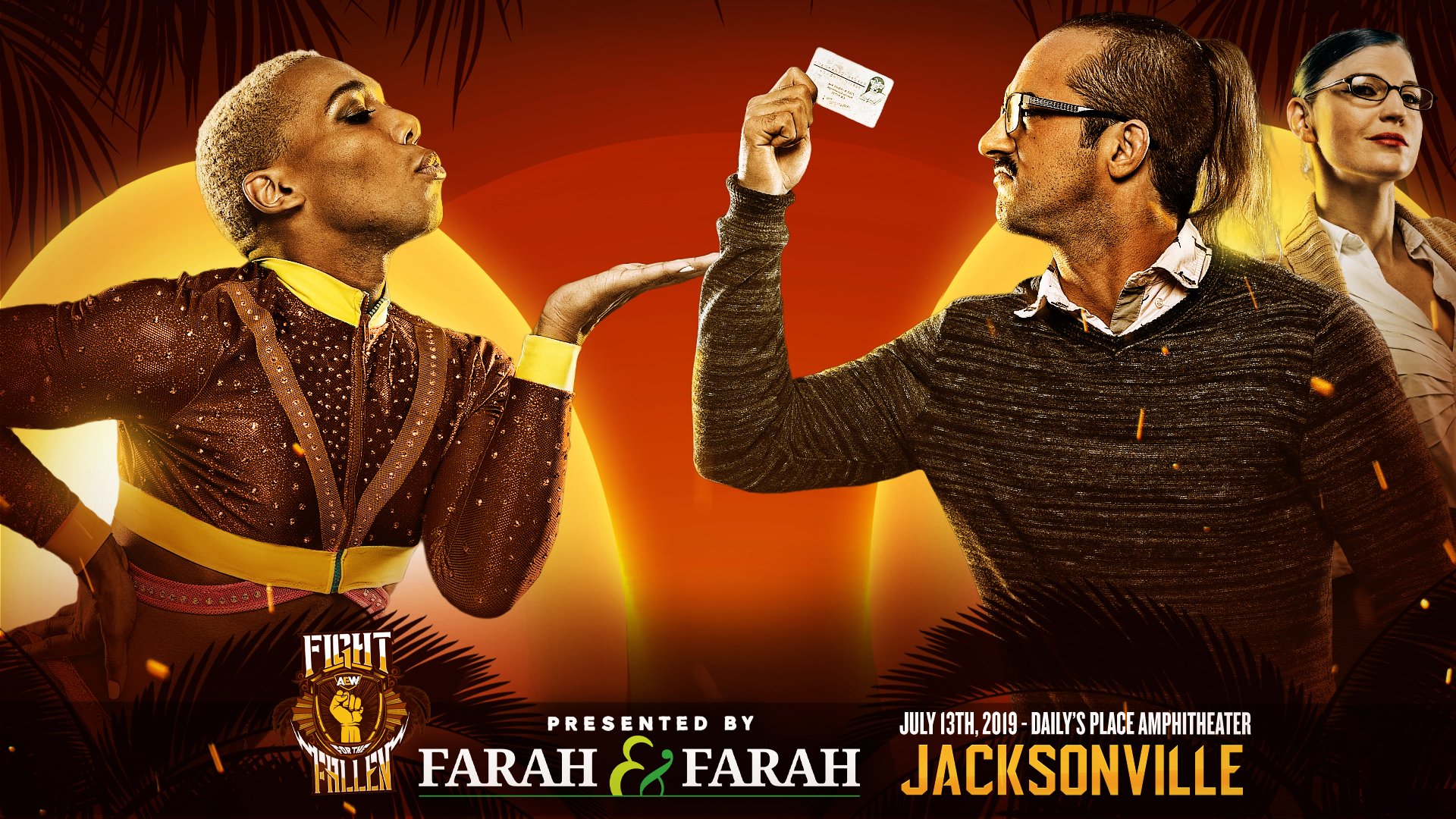 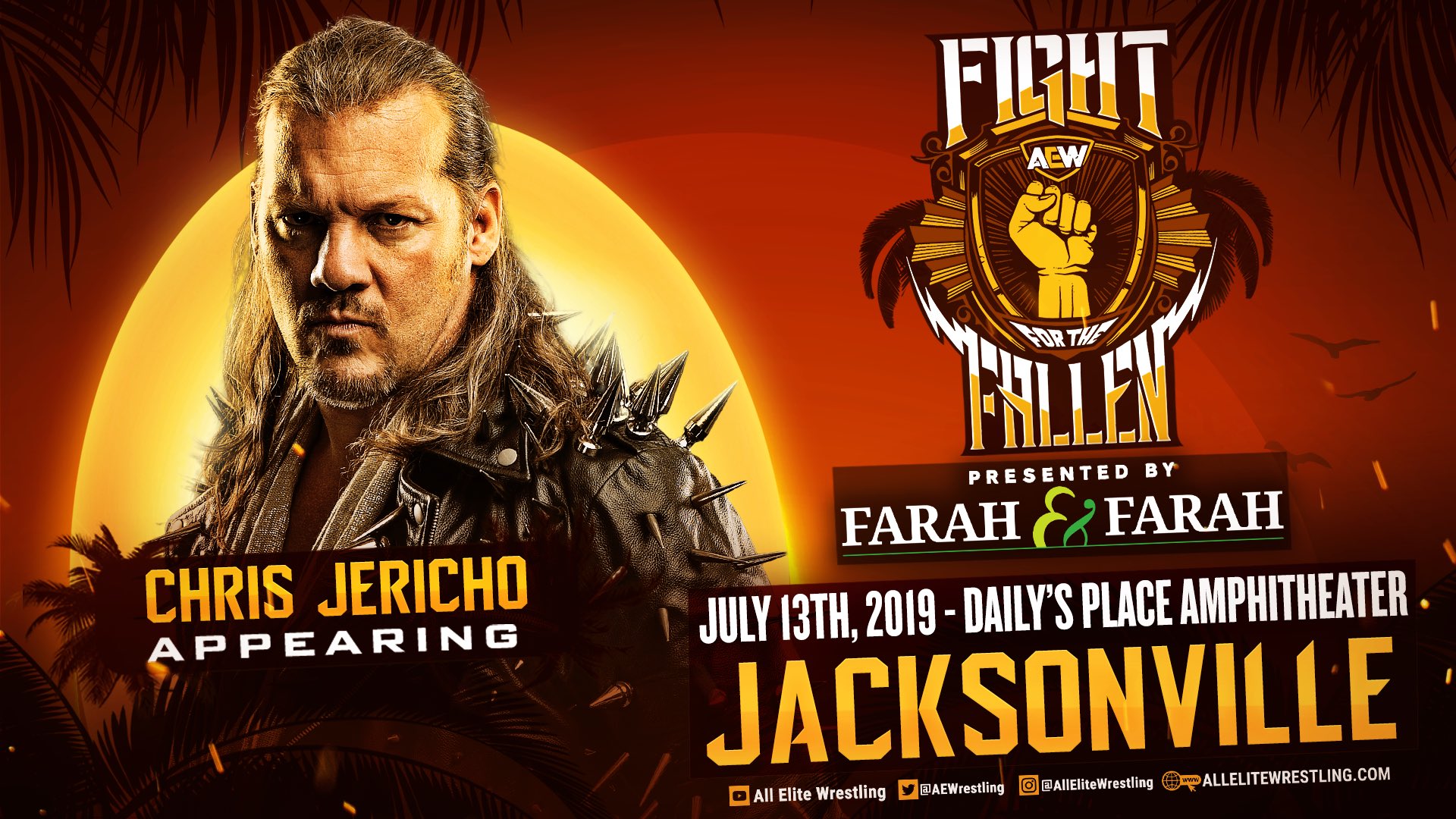 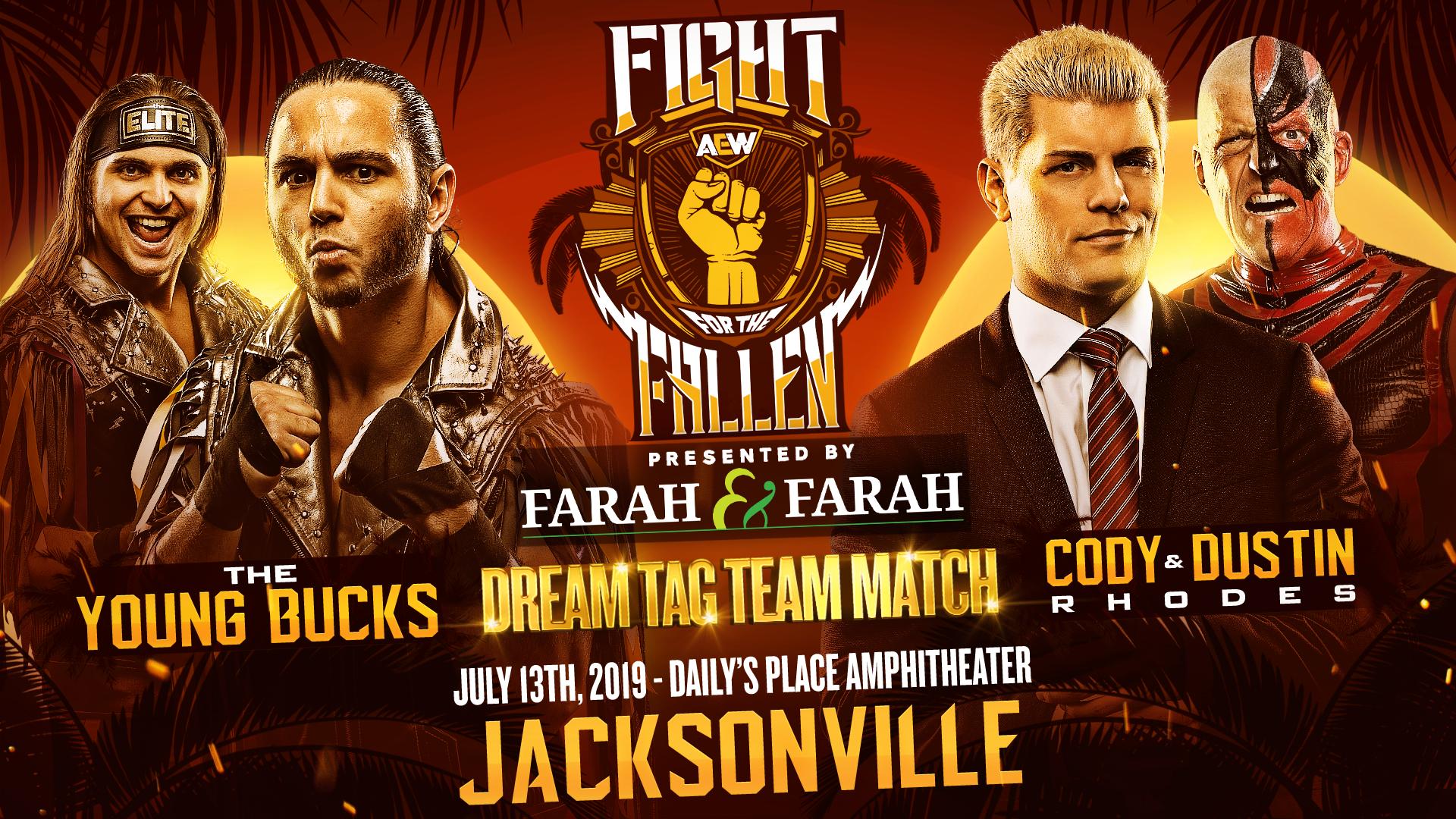 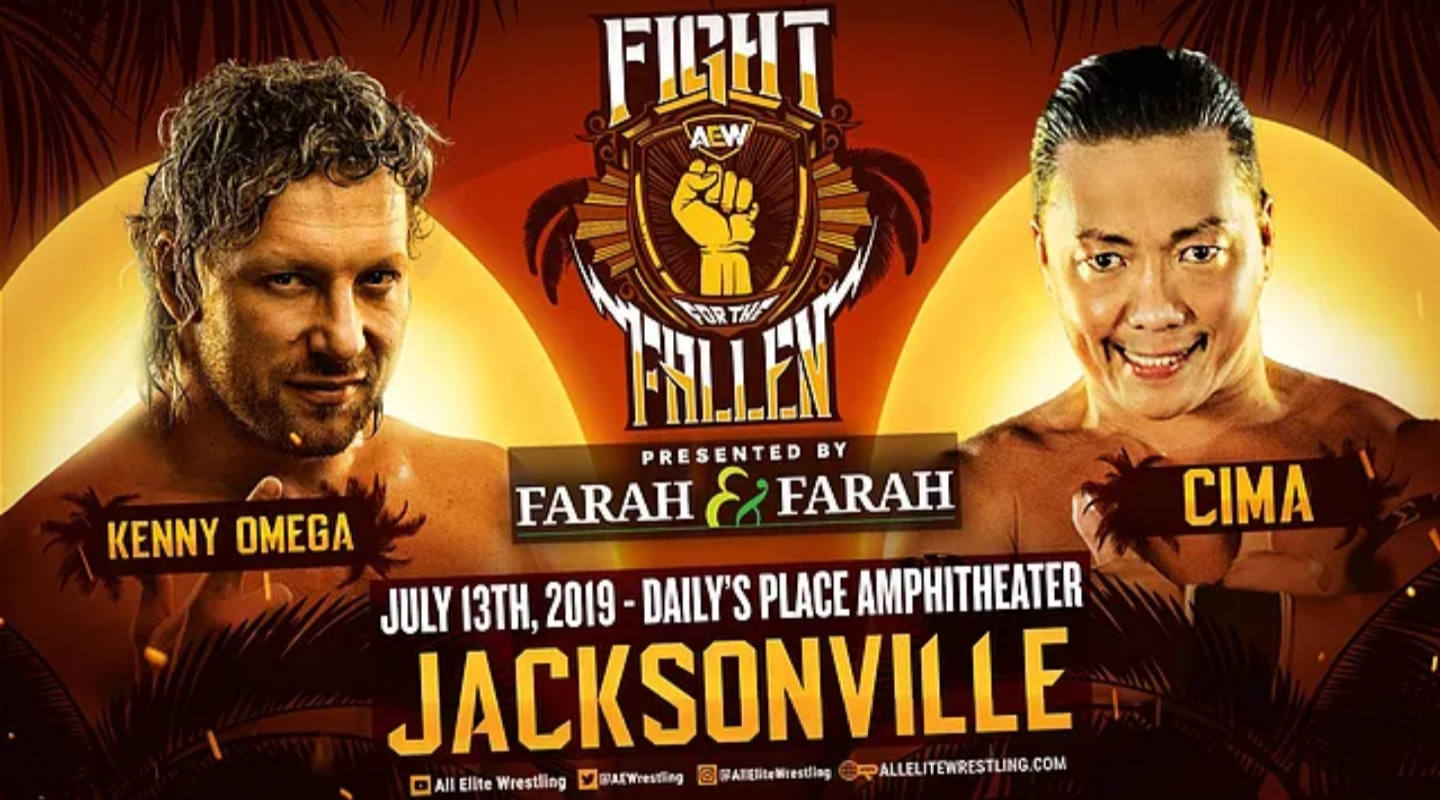 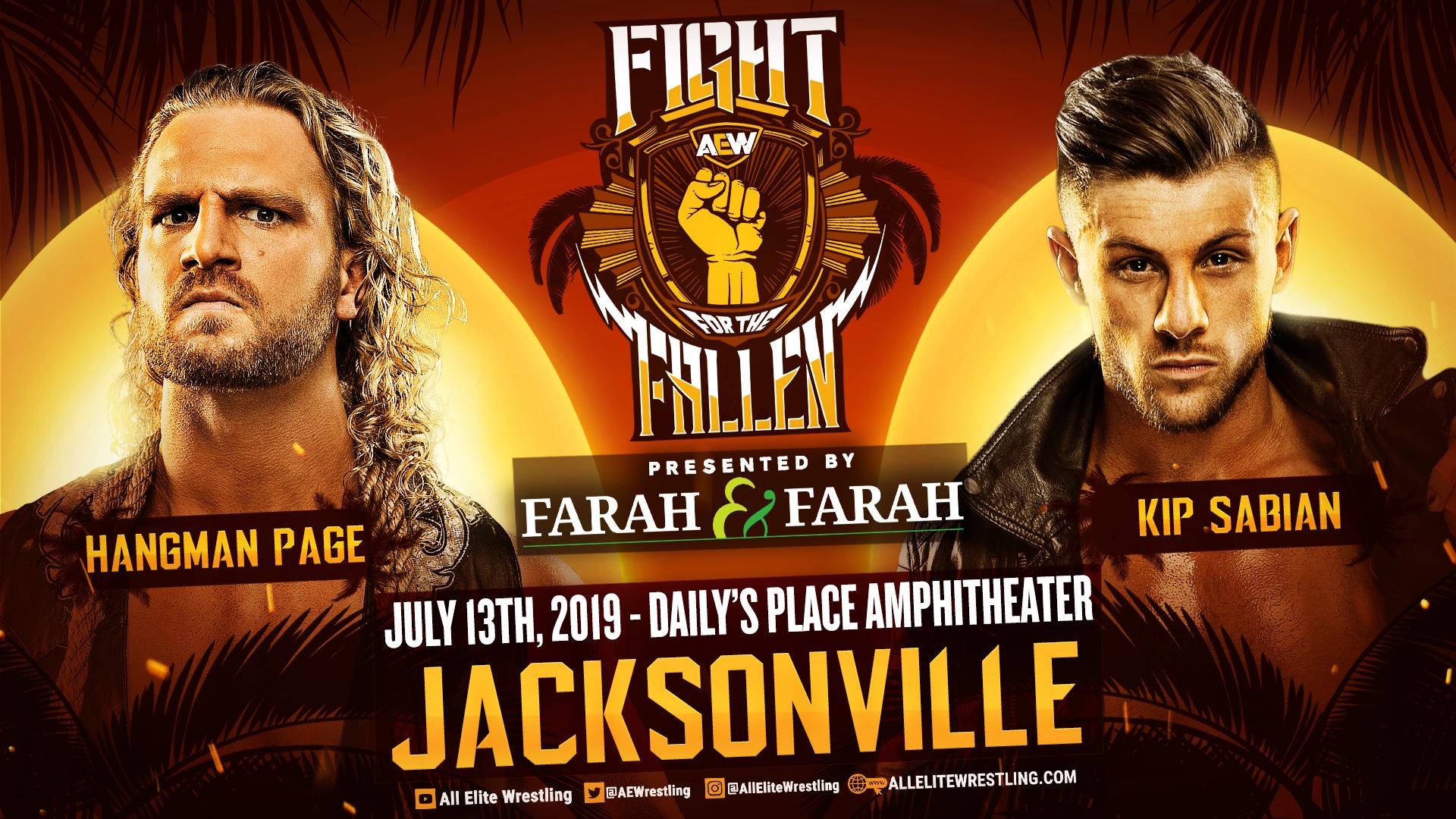 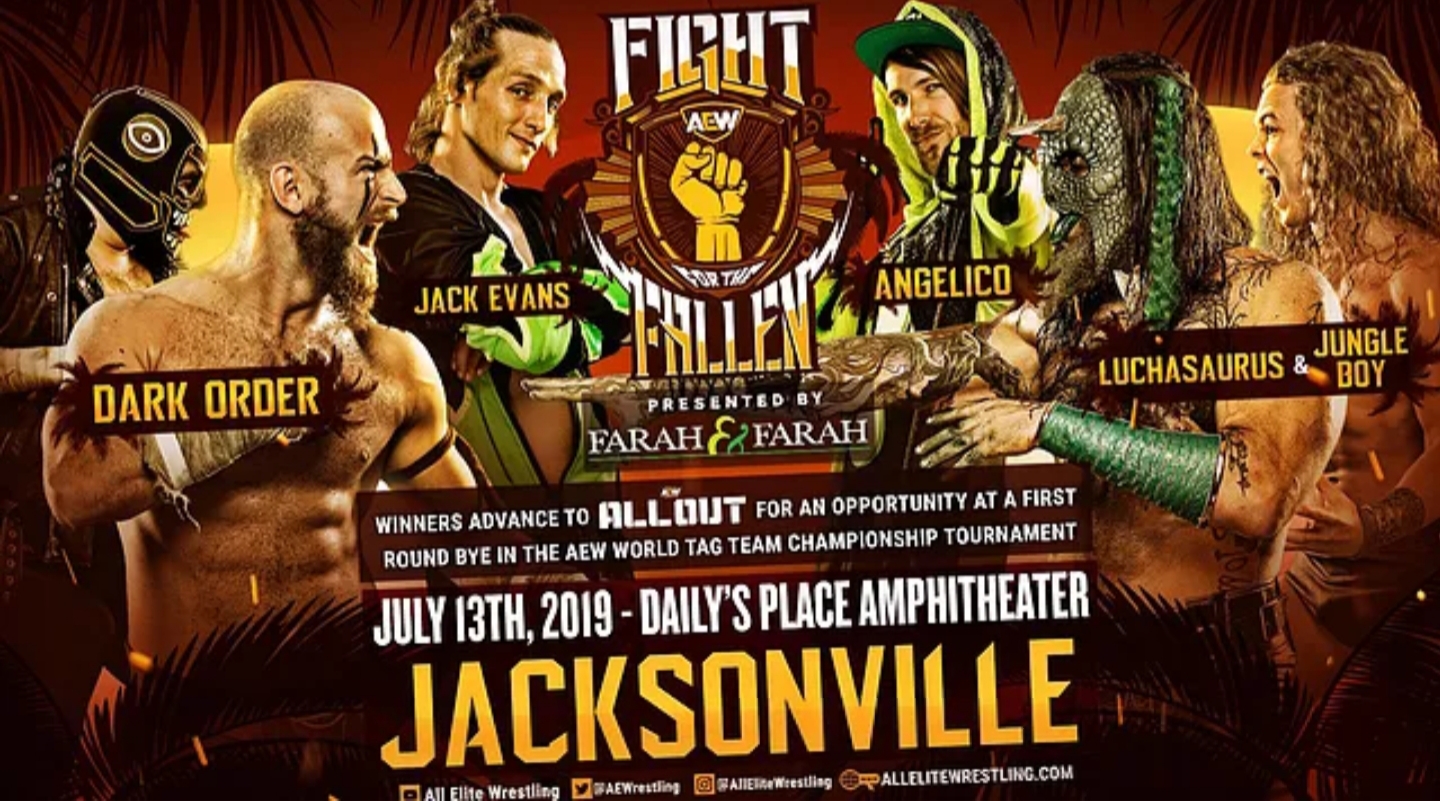 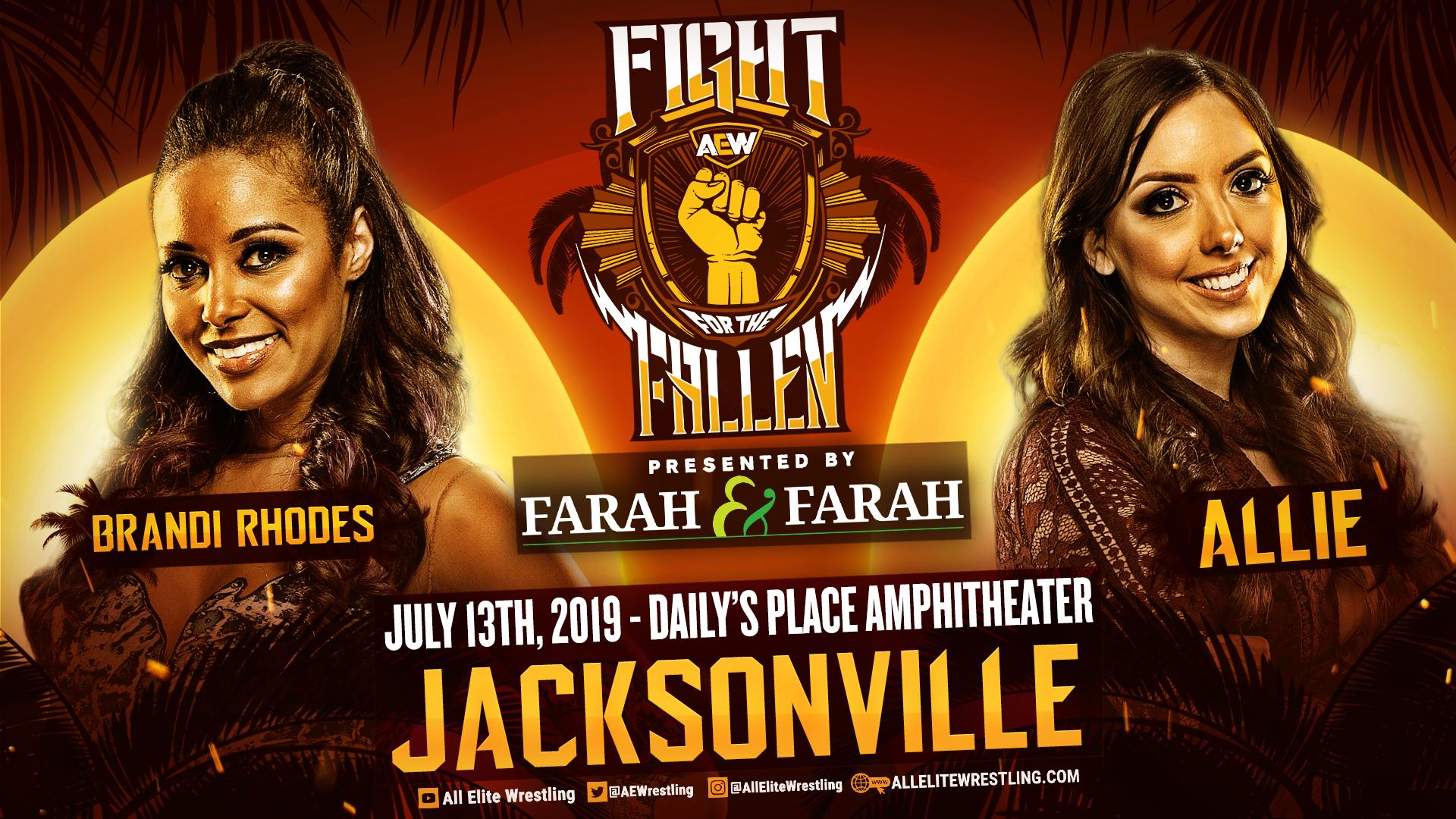 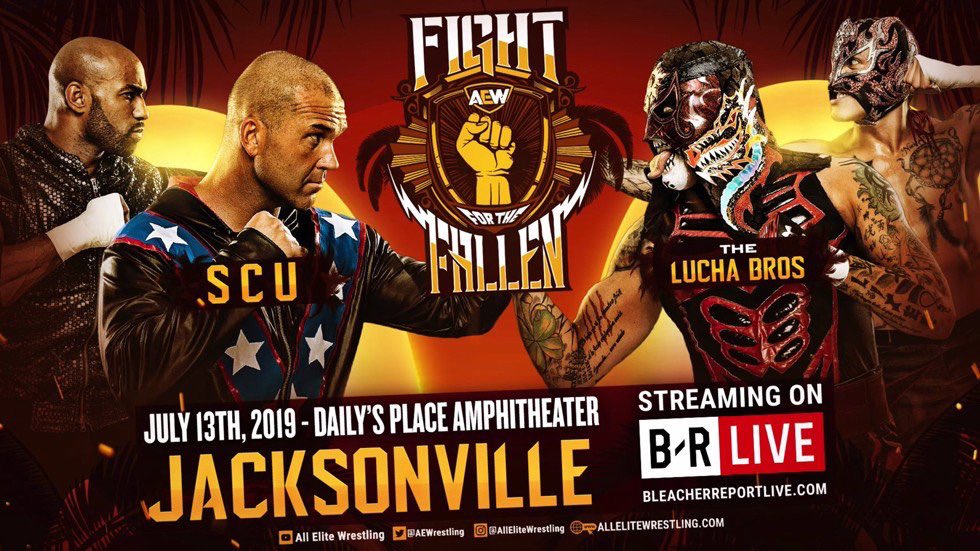 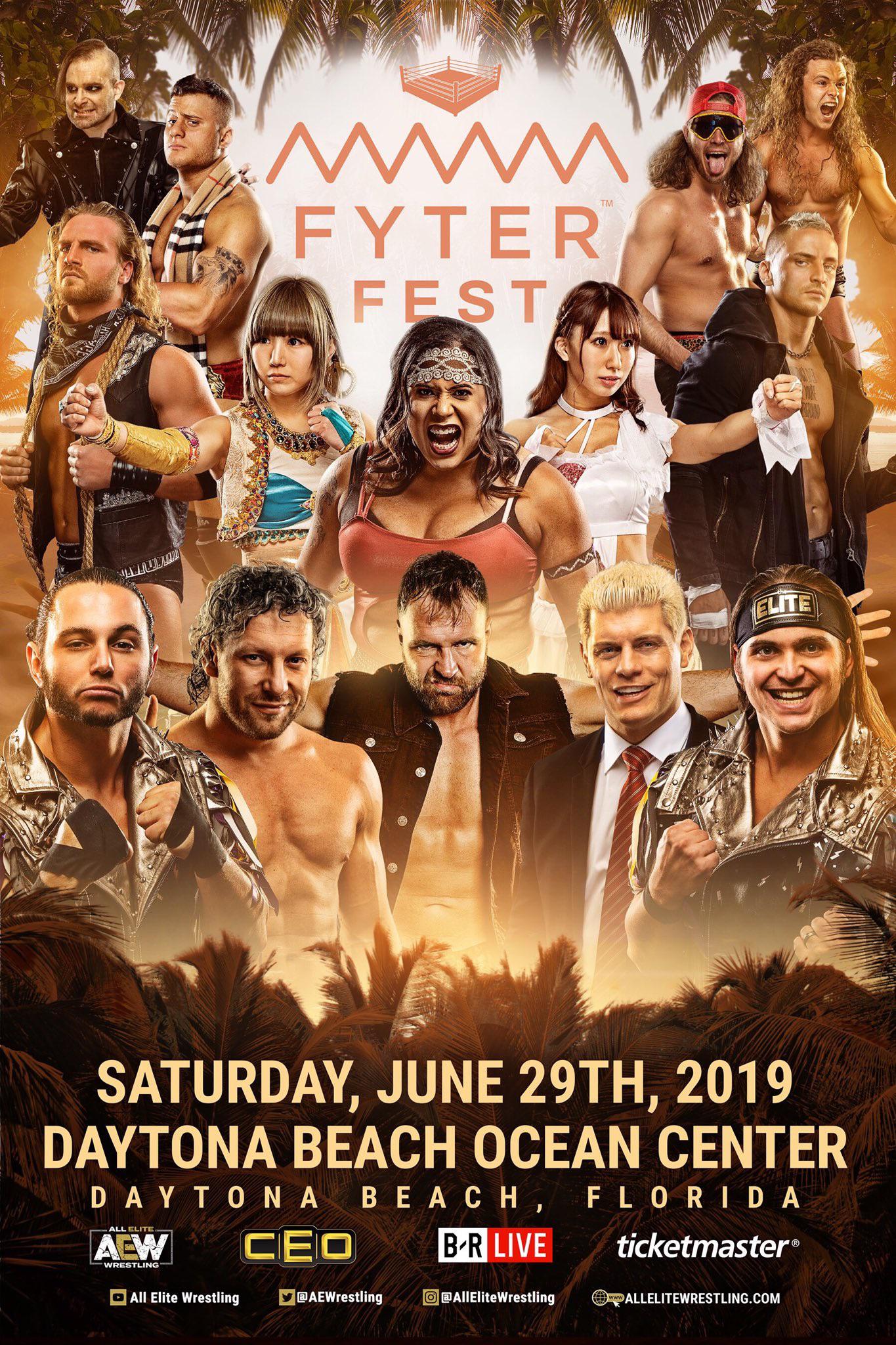 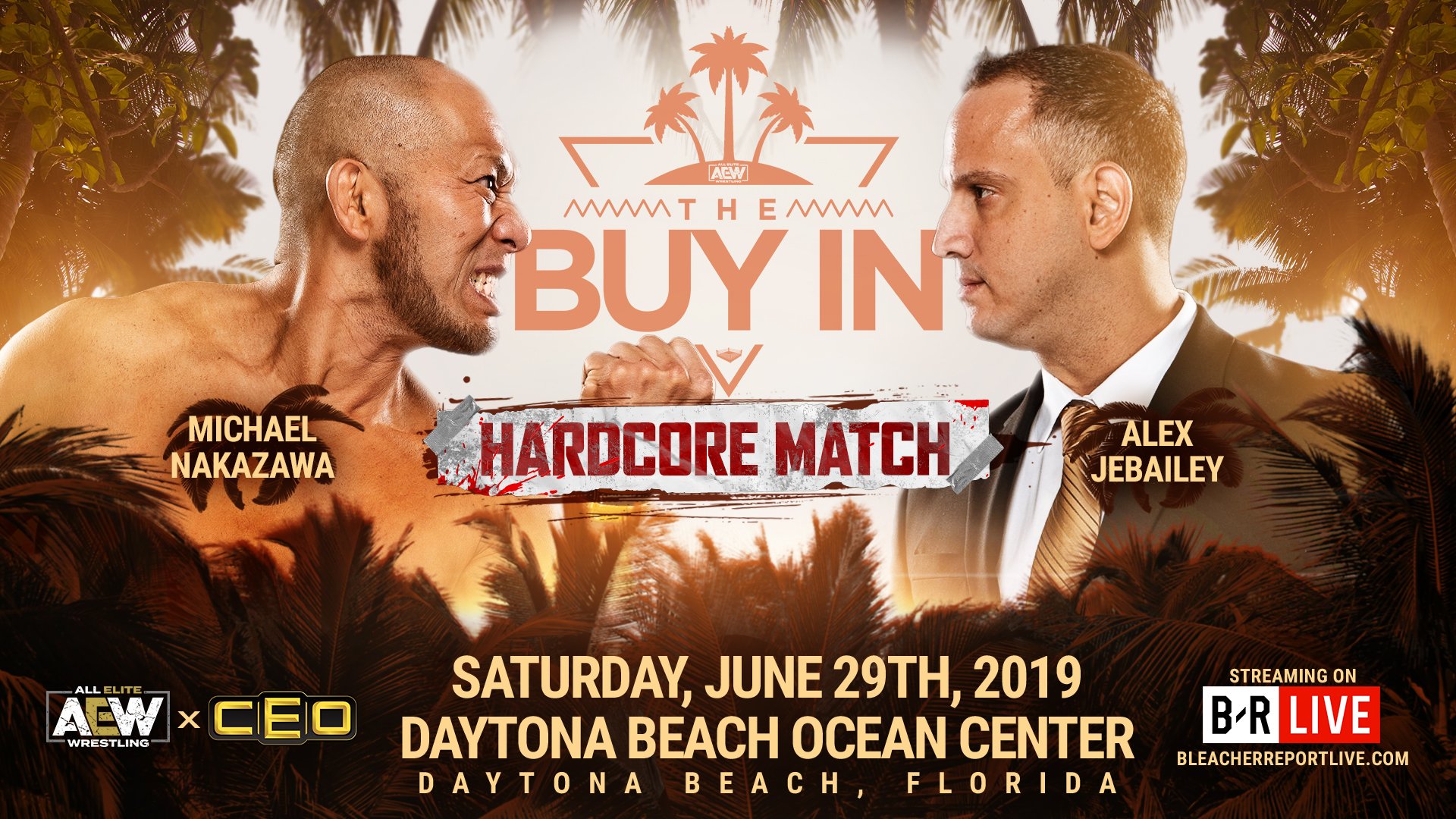 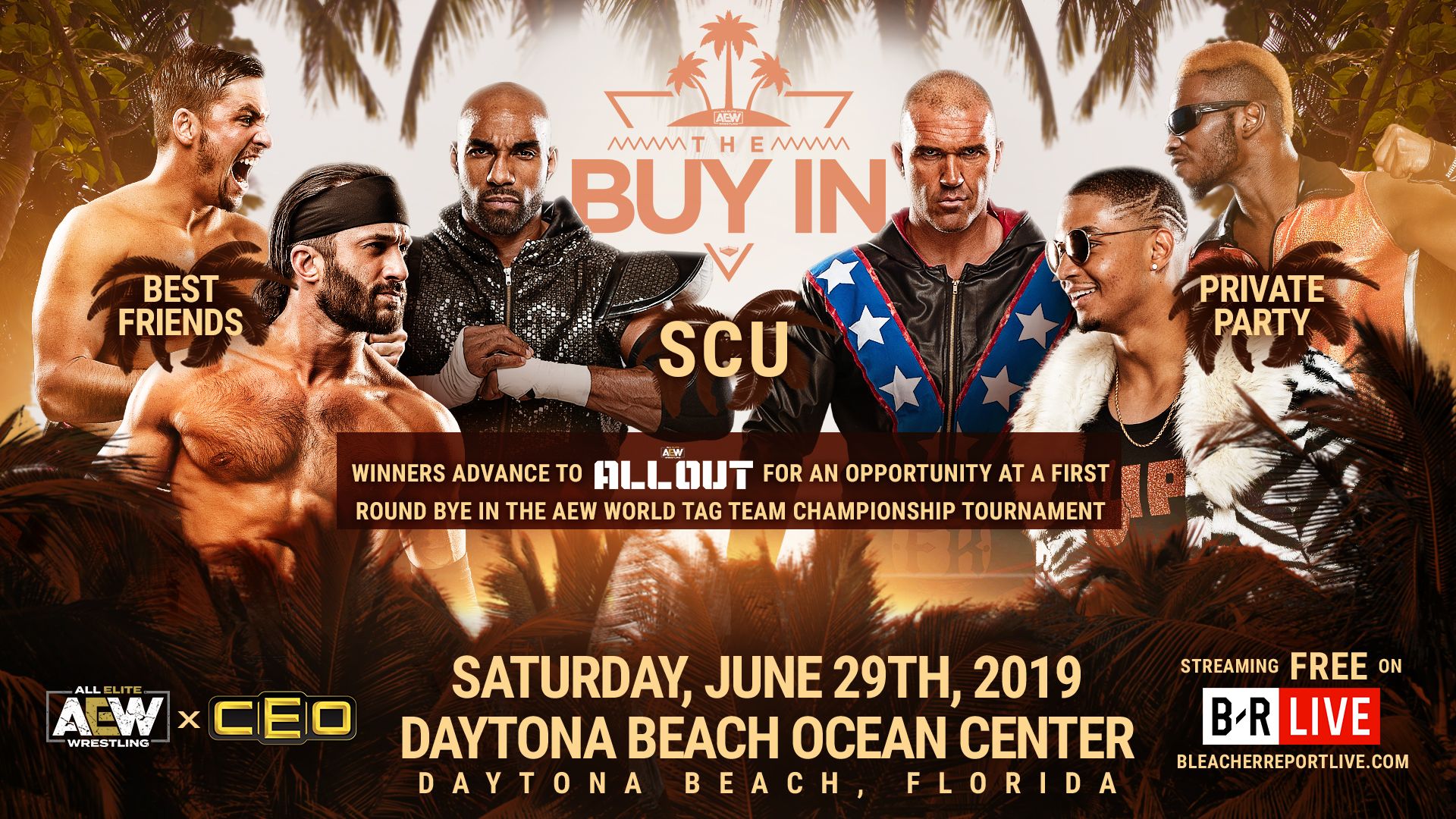 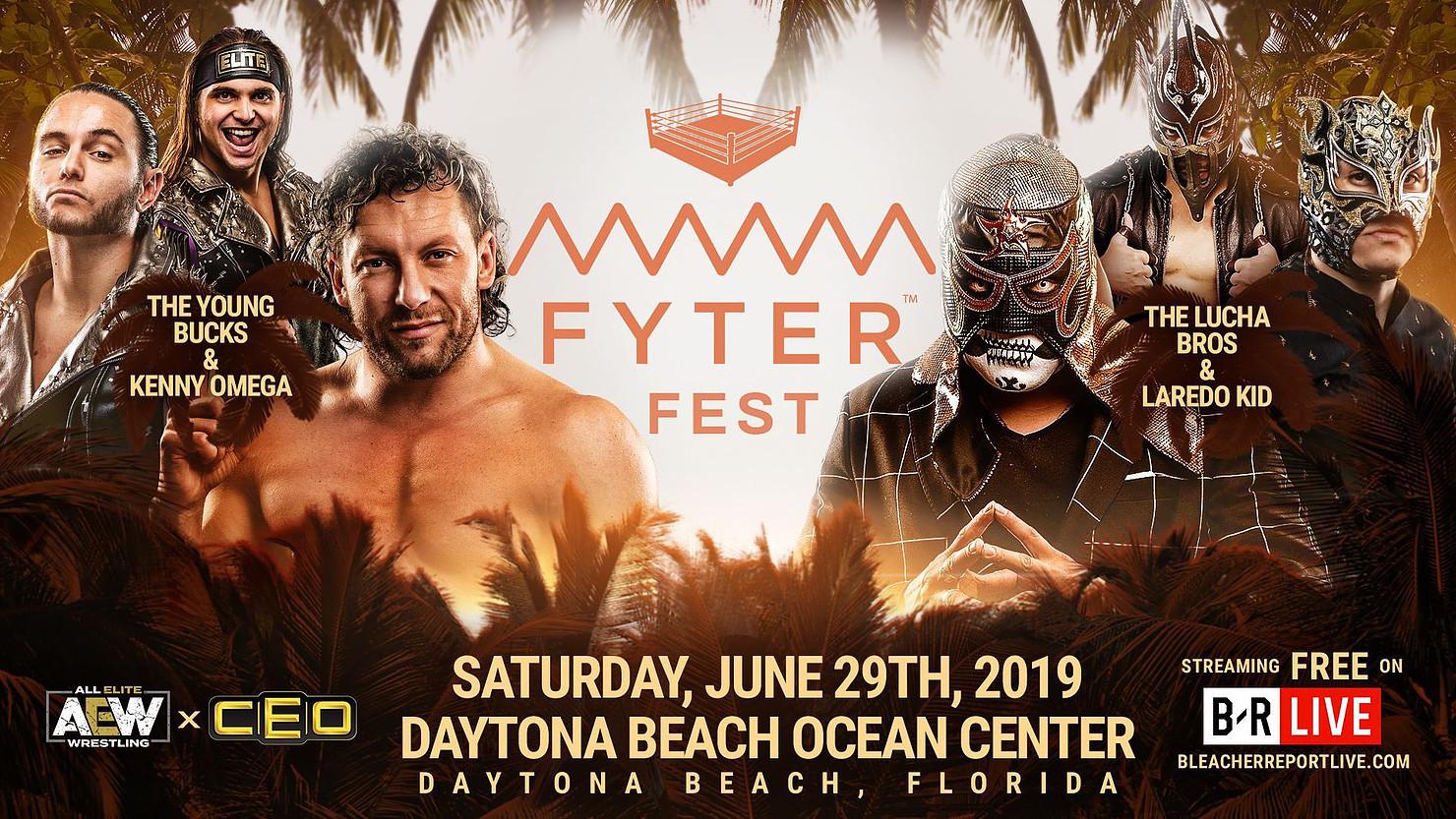 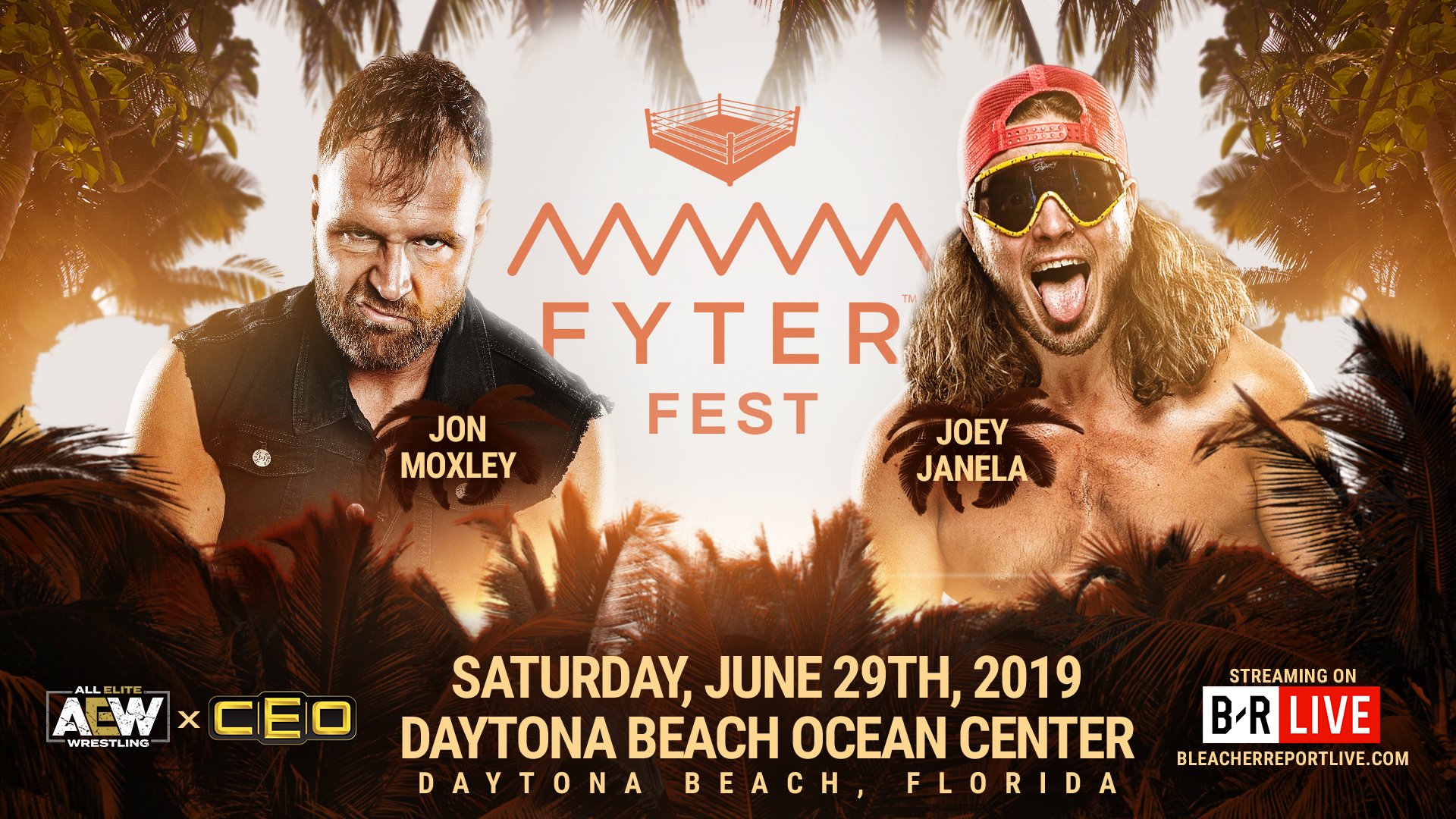 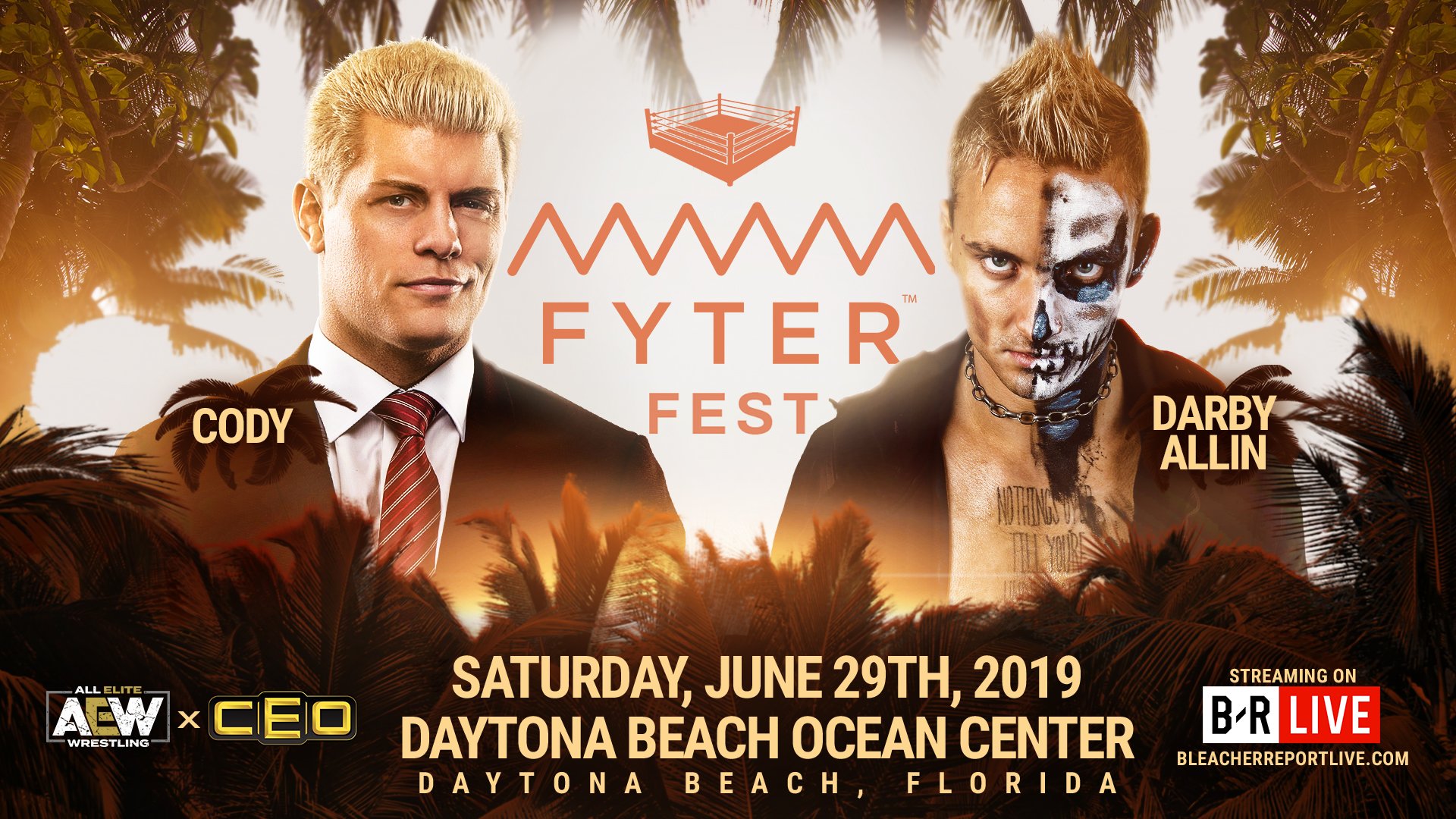 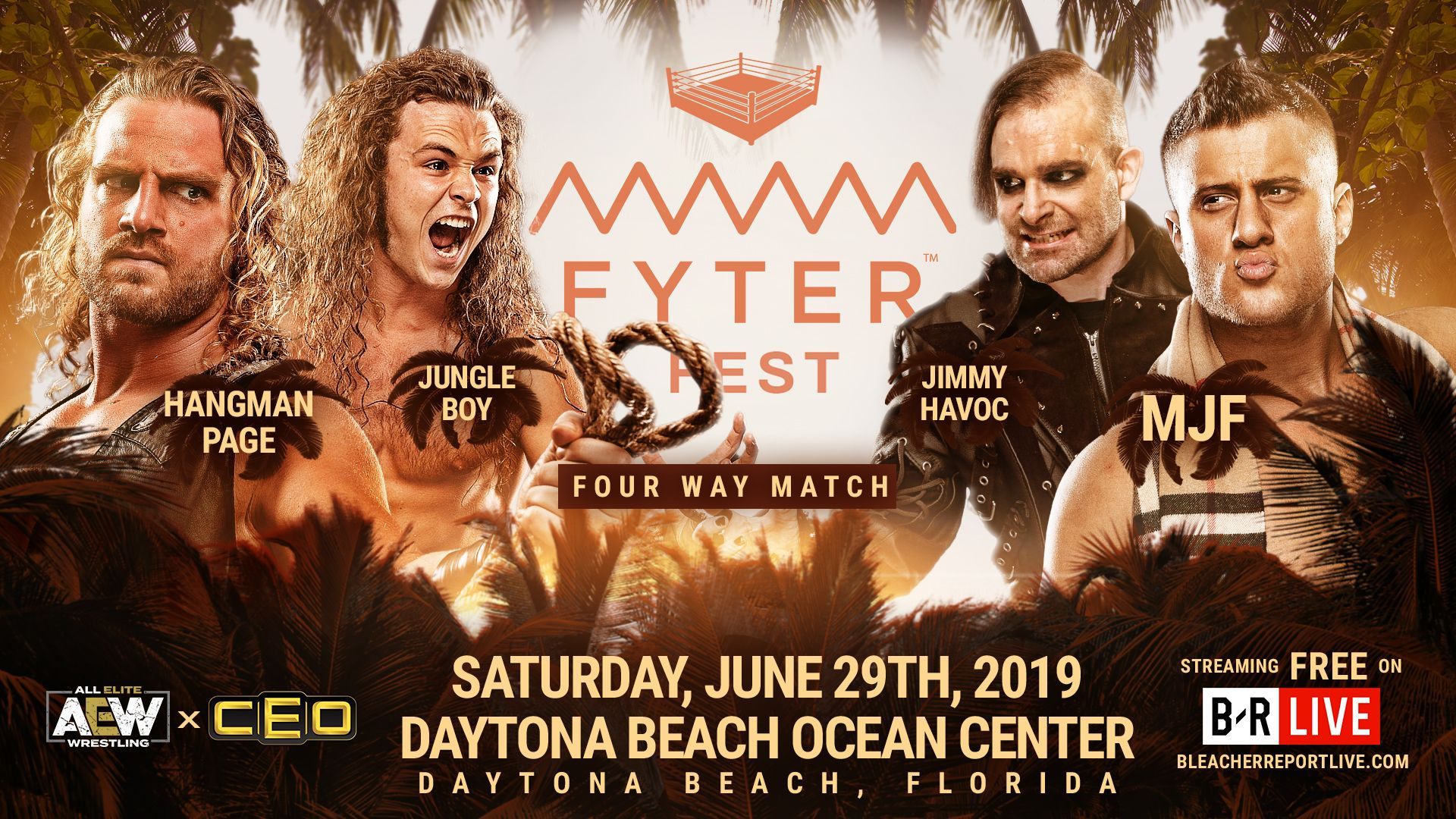 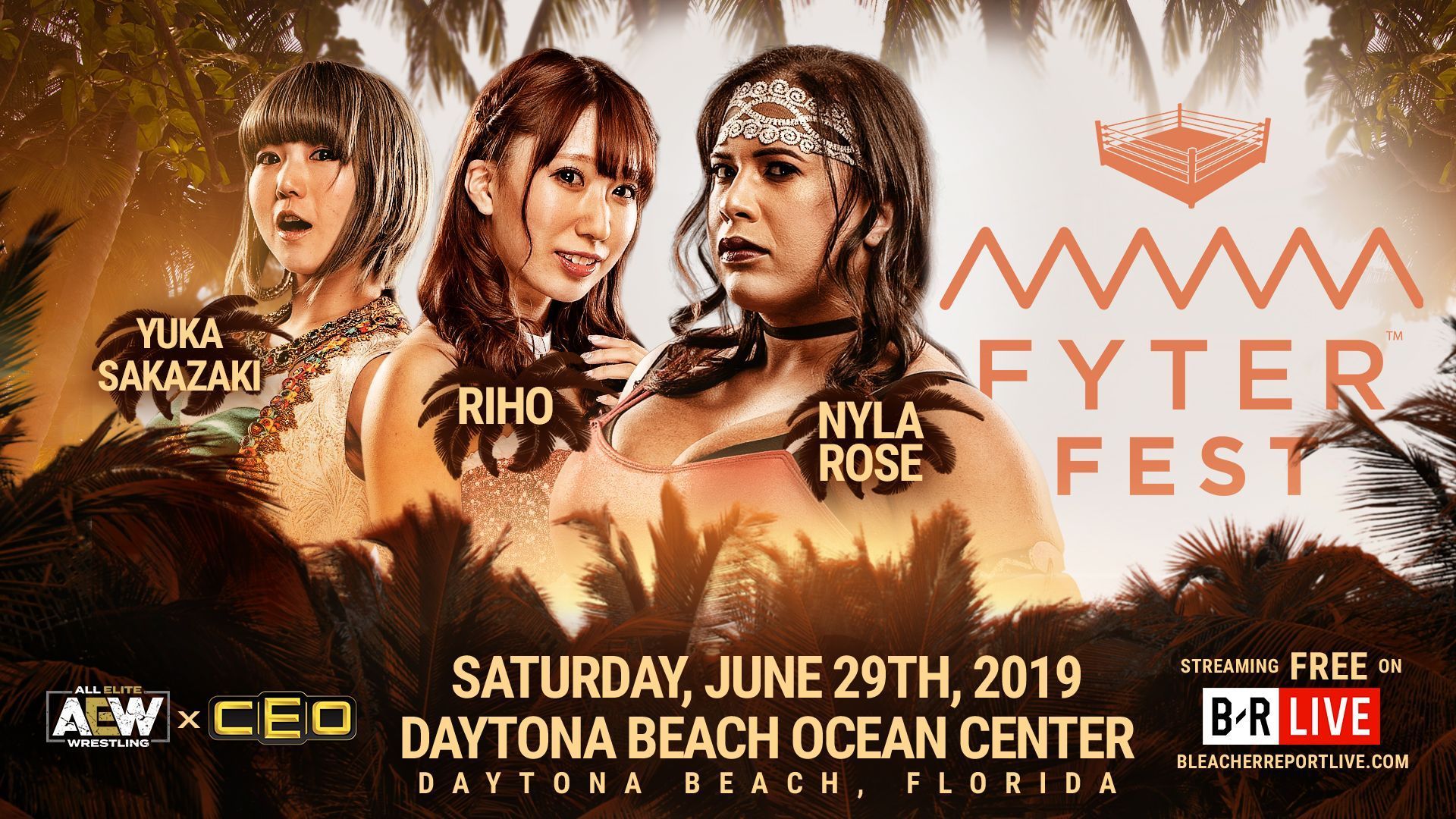 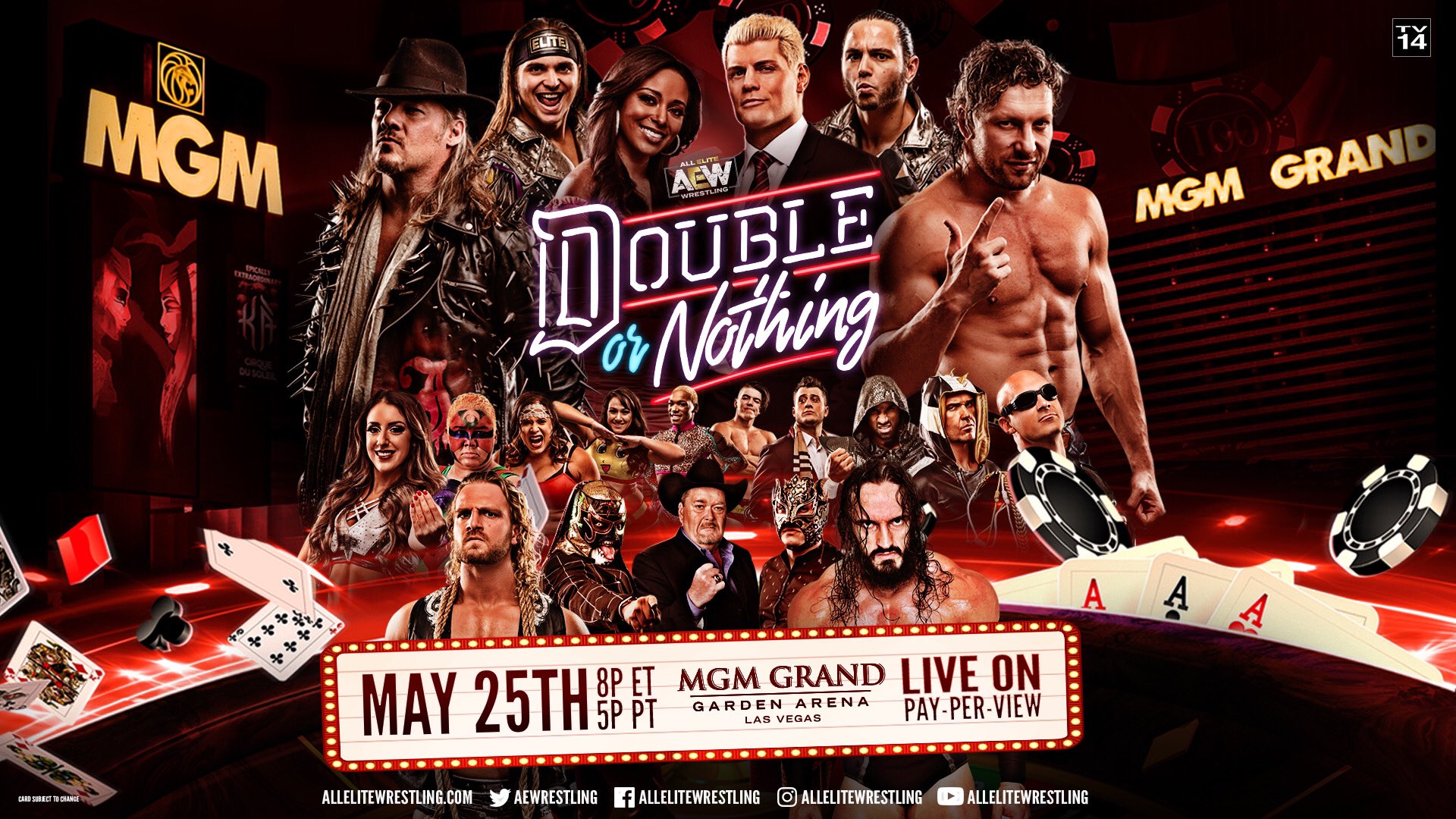 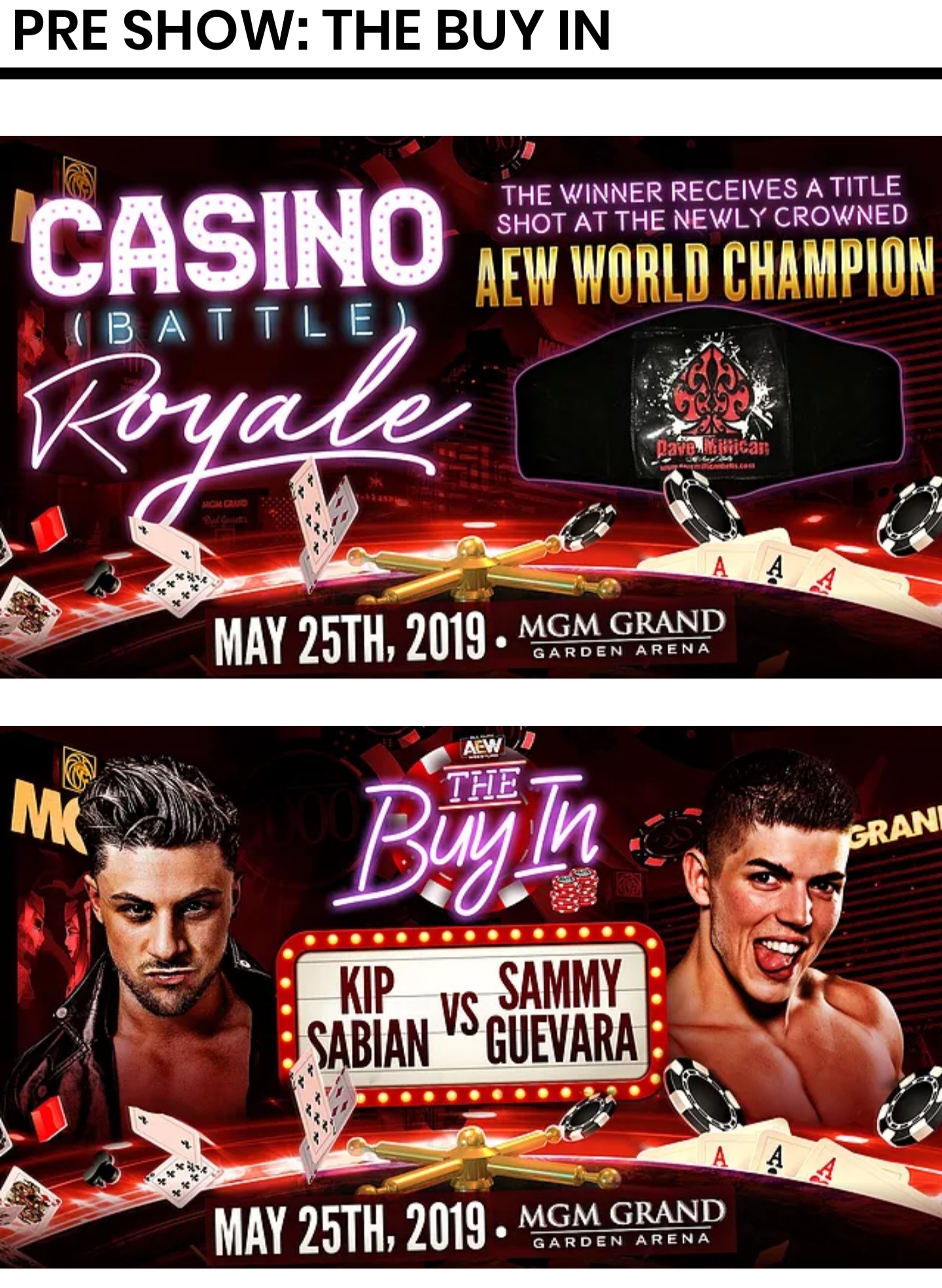 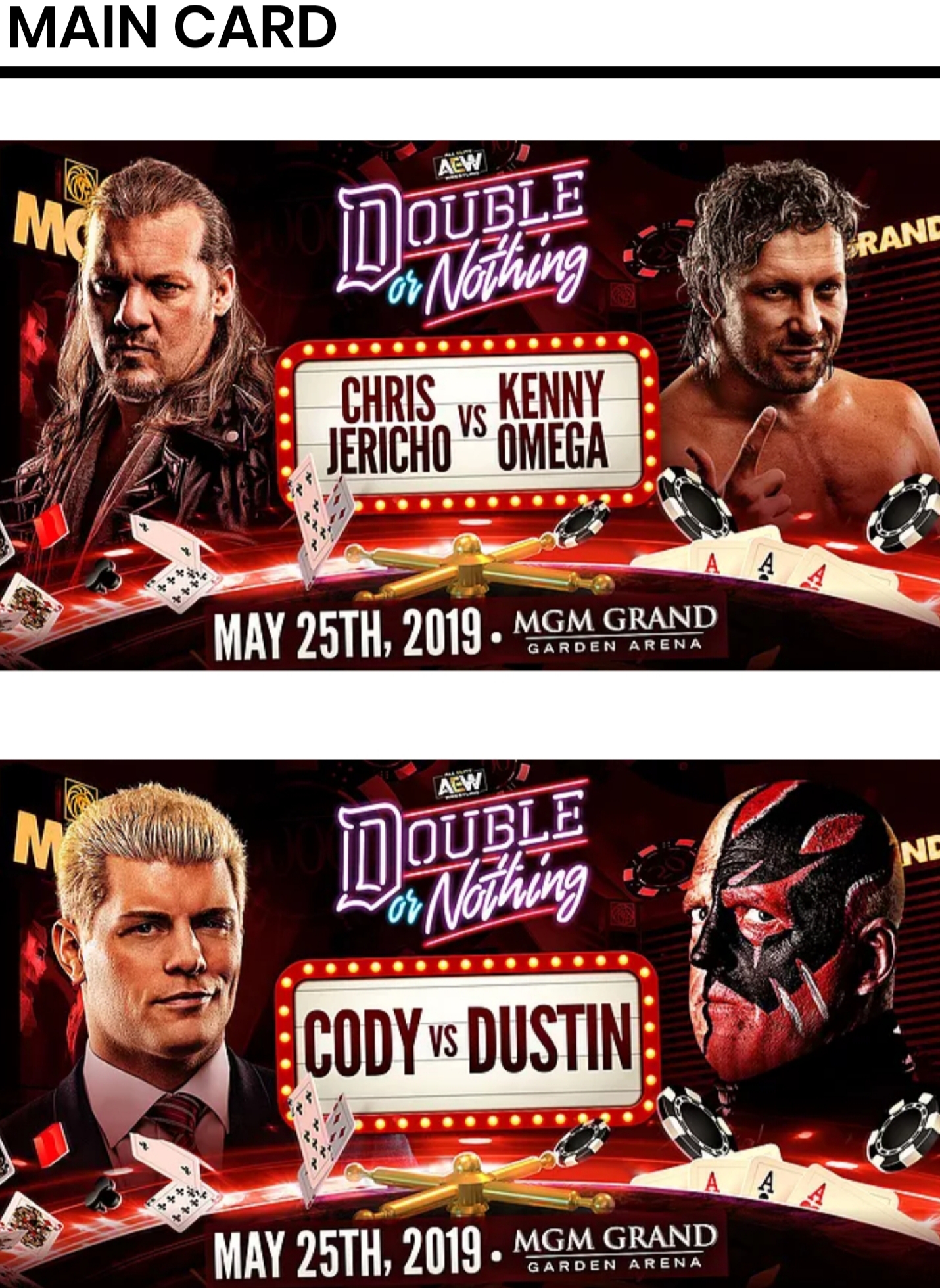 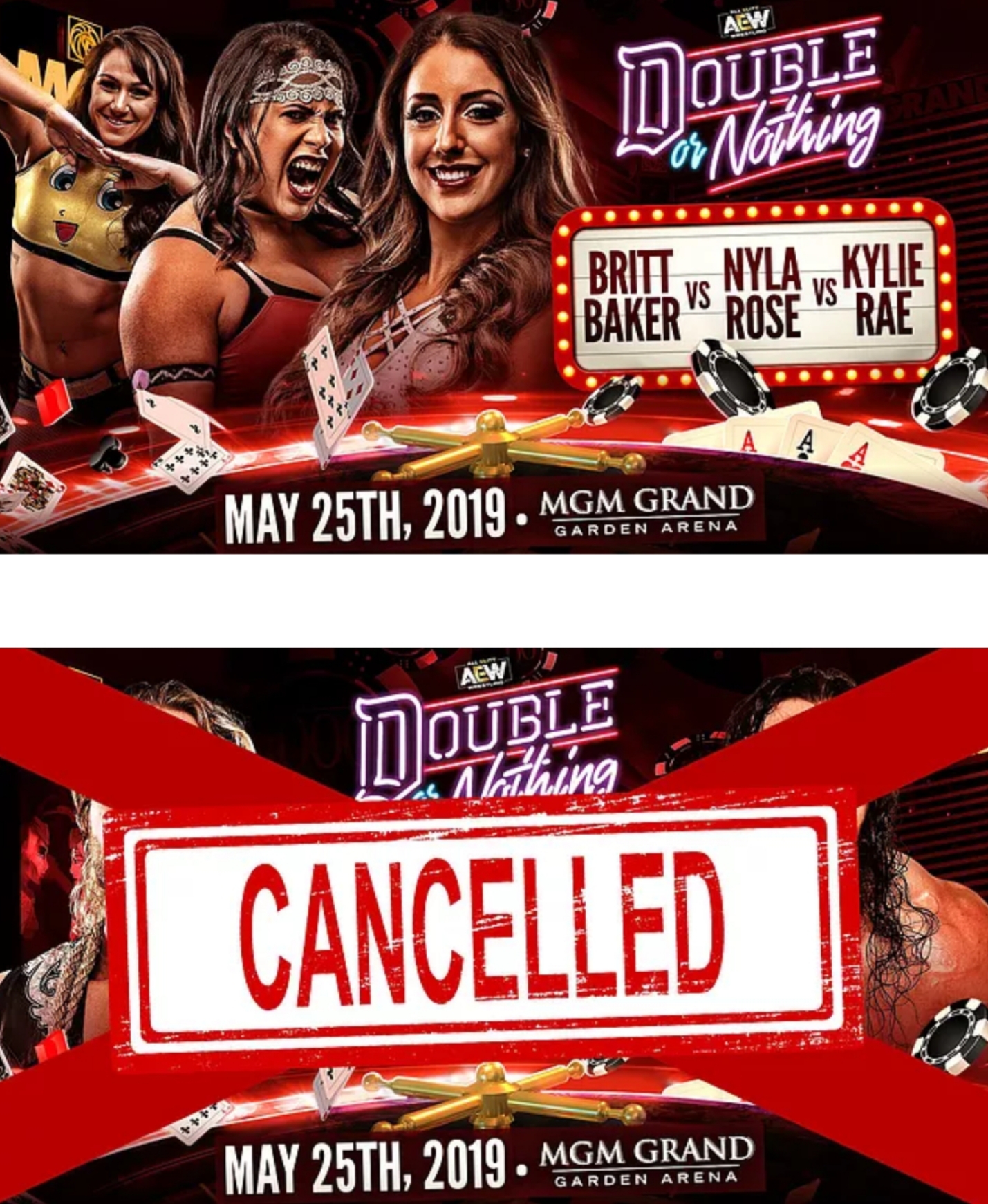 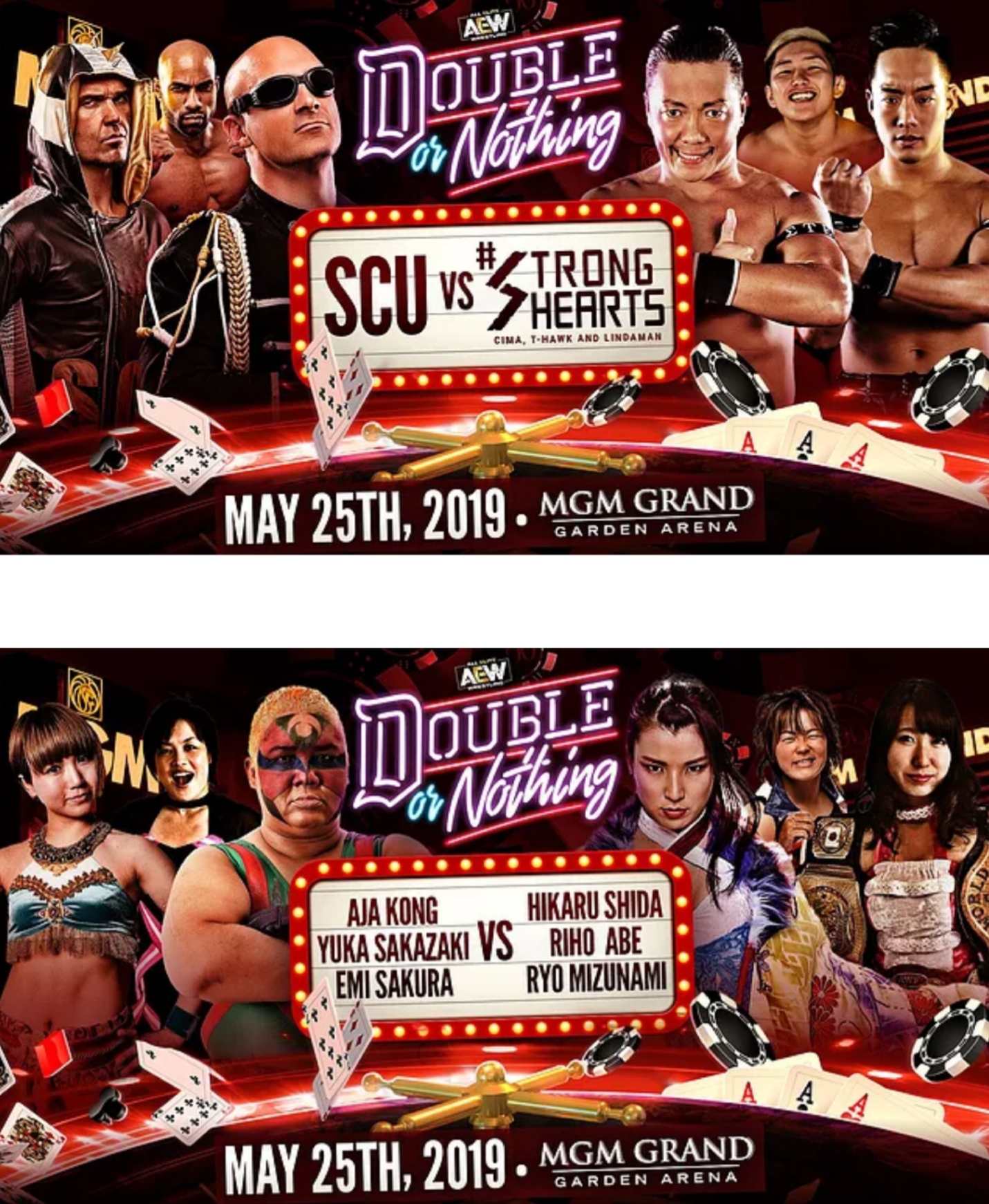 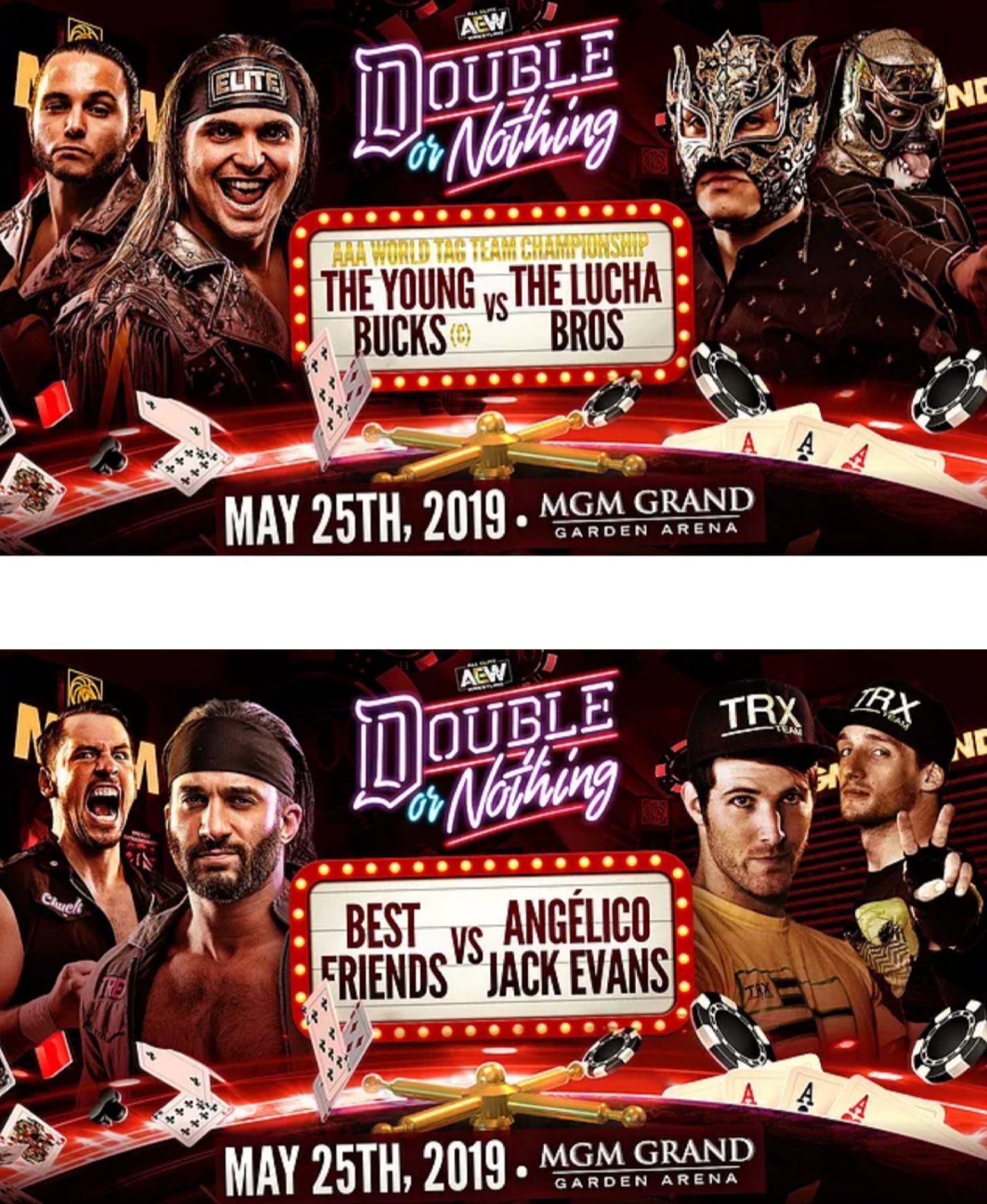 A billionair caleed Shahid Khan, or rather the son of him

Tony Khan (co-owner of the Jacksonville Jaguars) will be the head of the company. So the money for talent, events, etc will come from him.

Ok,thanx for the additional info
I looked at the only trusted news site out there and here is what pwinsider says about the subject:

The company will have a free rally on Tuesday 1/8 at 5 PM Eastern at TIAA Field, the home of the Jacksonville Jaguars to reveal additional information with Young Bucks, Cody, Brandi Rhodes, Page and all three members of SCU, Christopher Daniels, Frankie Kazarian, and Scorpio Sky listed as advertised. For those talents working the Tokyo Dome, they would have to be traveling directly to Florida after Wrestle Kingdom.

Where this gets VERY interesting is WWE has a Smackdown taping scheduled for that date at the nearby Jacksonville Memorial Arena that evening at 7:30 PM, which means that fans arriving at the WWE taping will have to travel past the Stadium to attend Smackdown. That puts a LOT of eyeballs on the rally in the parking lot - and it's a shrewd maneuver.

The AEW announcement also officially unveiled plans for "Double or Nothing", an event that would play off the All In brand name following the September 2018 PPV event of the same title. While no date was announced, the event is believed to be set to take place in Spring 2019, allowing AEW lots of time to build to it. More details of the AEW Double or Nothing event will be released at the 1/8 rally in Jacksonville.

The expectation is that the Jaguars ownership, led by Tony Khan, will be aggressively involved in pursuing deals for the AEW promotion. Khan has been a lifelong fan of professional wrestling since childhood and has a number of friendships and ties to a number in the business, both inside and out of WWE. This is being planned as a major financial investment by Khan and will likely be the biggest financial push from anyone getting into the professional wrestling world in a long, long time, dating back to the end of World Championship Wrestling in 2001 when Turner Broadcasting sold that promotion to WWE in the wake of the AOL-Time Warner merger.

There are already plans to pursue a national TV dea with the idea of a Tuesday evening time slot, real estate WWE will be giving up when Smackdown Live moves to FOX this fall. PWInsider.com has been apprised of several potential outlets who have had conversations with the promotion already and there may be others as well. The Khan connection should be very helpful in opening doors to the promotion.

PWInsider.com can also confirm there have been discussions with several talents who appeared on "All In" about signing with the company, offering multiple year deals, which has led to a lot of speculation about how this promotion will change the financial table when it comes to money offers for talents, given that The Elite obviously had standing offers from WWE, but turned them down in favor of working to launch a promotion that they would have heavy involvement in behind the scenes as well as performing in front of the camera. There are some in the business who hope for that for the first time, realistically, since WCW went out of business in 2001, talents will now have several players to bounce back and forth off in order to raise their financial value and get more money for themselves. Time will tell whether that hope becomes a reality.

It is expected BJ Whitmer, who recently left ROH, will be working behind the scenes for AEW.

AEW t-shirts are already on sale via Pro Wrestling Tees at this link.

Back in October, All Elite Wrestling filed to trademark the following for wrestling, broadcasting and merchandising purposes:

*Double or Nothing (The promotion's first event)

*All Out (Likely the name of a future event)

*Fight for the Fallen.

The LLC behind the filing was listed as having the same address as TIAA Bank Field, the home of the Jacksonville Jaguars, the same location as the rally on 1/8, so the Khans are, pun intended, "All In" here.

Now that the future of The Elite has been set in stone, there will be lots of expectations, questions and benchmarks the promotion will have to make, but the initial, natural questions this morning include:

*What does this announcement mean for the future of Kenny Omega, who was among the group that agreed they would all make the next step together, but is not yet named as part of the promotion's initial core?

*What does this mean for the Elite's future in New Japan as well as plans for them to wrestle independently going forward?

*When and how does the promotion launch full-time?

*What will the makeup of the promotion look like?

*Can a series like "Being the Elite" be translated to a national audience or will they take another direction?

*What does all this mean for the Bucks, etc. outside endeavors going forward?

*Who else will populate the roster beyond the names initially revealed?

*How often will this promotion run?

*Can they achieve something that no one other than Impact Wrestling (for a time) has been able to do since the day WCW went out of business in building a long-term, financially solvent TV deal on a major, national level?

*If so, can they build a new, global brand name for their promotion in a world where WWE already over-satiates today's pro wrestling fan with weekly content?

*What sort of attention will the rally on 1/8 bring for AEW?

*How, if at all, WWE will respond to the rally's proximity to their TV taping and more importantly, to the idea of another potential brand signing up talents?

*How does the launch of what is obviously intended to be a major player into the professional wrestling world change the map, short-term and long-term?

*What will be the ripple effect of a new potential player entering the field be, not just on WWE, but Impact Wrestling, Ring of Honor, New Japan, the independent wrestling scene, etc.?

Now that the countdown clock has ended and All Elite Wrestling has arrived, these and other questions will soon be answered with a major spotlight on all involved as they move forward. The Bucks, Cody and Page promised to "Change the World" when they left Ring of Honor - and we'll soon see, step by step, whether and how that can be accomplished. There will be buzz aplenty - there always is around the Elite - but to change the world, to truly change it for the better, there will be a lot of work that all involved will have to put in. That work begins today

Shits about to get real.

I hope they stick around and are good enough to get a game and figure deal. 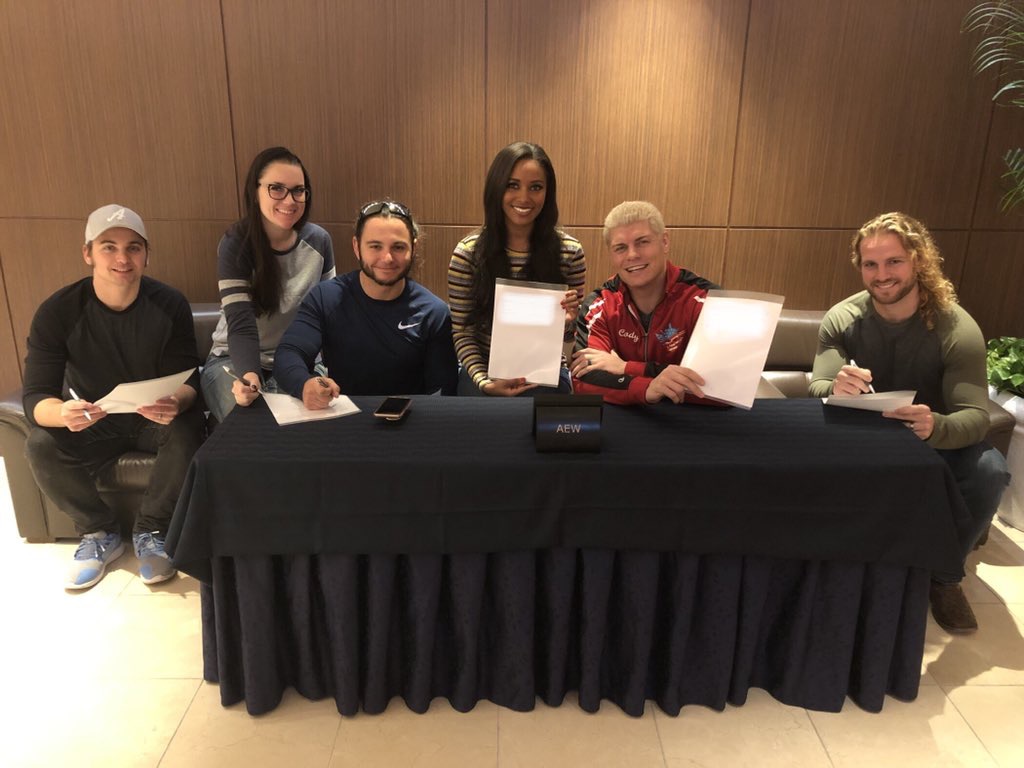 Would be cool if ROH let them have Adam Cole's theme like she came out to at All In, but probably not.

Spoiler on a posible signing

We've checked with WWE sources and he is not backstage at Smackdown, so don't be shocked to see him announced as joining All Elite Wrestling when they hold their rally this afternoon. He would be a good addition to their roster.

Neville left WWE last year and has been wrestling of late in Japan and Europe.

We will have coverage of the AEW Rally later today.

First show happening in May. Las Vegas in the MGM Grand. Wow!

Keep turning up the sound, then getting the shit scared out of me by loud shit.

Yeah, the audio is awful lol Turnout looks great though.

Why's my man in gear though?

Super awkward not being able to hear the crowd.

Back to All Elite Wrestling