Yeah. I was PS4 last year, and there was a guy who made some sick arenas that were kinda mashups between past arenas (Armageddon, etc.) with todays concepts that I enjoyed, but idk if Xbox has anyone that does that.

Oh yeah. I think I know who you're talking about. I'll have to keep an eye out for him this year.

NXT Women's Champion Kairi Sane called out NXT's newest woman, Nia Jax.  Nia said Kairi may have been NXT's best woman, but that was before she arrived.

NXT Champion Aleister Black called out Johnny Gargano.  Black said something in Gargano has changed since his whole feud with Tommaso Ciampa. Gargano said he doesn't know what Aleister is talking about and then left the champ in the ring.

Cruiserweight Champion Cedric Alexander was in the ring saying he was open to anyone who wanted to challenge him next week for his championship, when Mustafa Ali came down to the ring.  Ali said he accepts, and although they are friends, he knows he can beat him.

Following his lost to Seth Rollins at Wrestlemania former Intercontinental Champion Goldust officially announced his retirement. “It’s time for a new star to be born.”

Carmella arrived to RAW from Smackdown Live as a part of the Superstar Shakeup!

WWE Champion Randy Orton vs. Finn Balor ended in a no contest.

Drew McIntyre made his WWE return by attack the WWE Champion during his entrance.

So, in Universe mode, how does it work with managers and promos? Is it just Heyman that talks or is it all managers?

Former SD Live GM Daniel Bryan approached Shane McMahon and asked for a match against Rusev who defeated him in the finals of the King Of The Ring tournament at Wrestlemania thanks to Aiden English. Shane McMahon makes a tag team match and whoever walks into the office next will be Bryan’s tag team partner. Smackdown Live’s newest Superstar Samoa Joe walks in.

After the match, Almas appeared to go for the handshake however attacked the winner Benjamin instead.

The Club def. The Bludgeon Brothers via count out.

After the match, Cruiserweight Champion Buddy Murphy attacked Nese before Mysterio made the save.

Former WWE Champion AJ Styles called out Smackdown Live’s new world champion Batista and challenged him for a title match. Batista said if AJ can beat him next week, he will get a championship match at Backlash


Send me a inbox when you ready, will go from there. Very keen 👍

This was an incredible back and forth match with Ohno just pulling off the victory.

Gargano requested a rematch next week, NXT GM Regal made it official.

Aleister Black called out NXT Champion Lars Sullivan the confrontation ended in a brawl with Aleister Black standing tall after hitting his rival with the Black Mass.

Have they changed how to set up interference in matches? I can't find it. 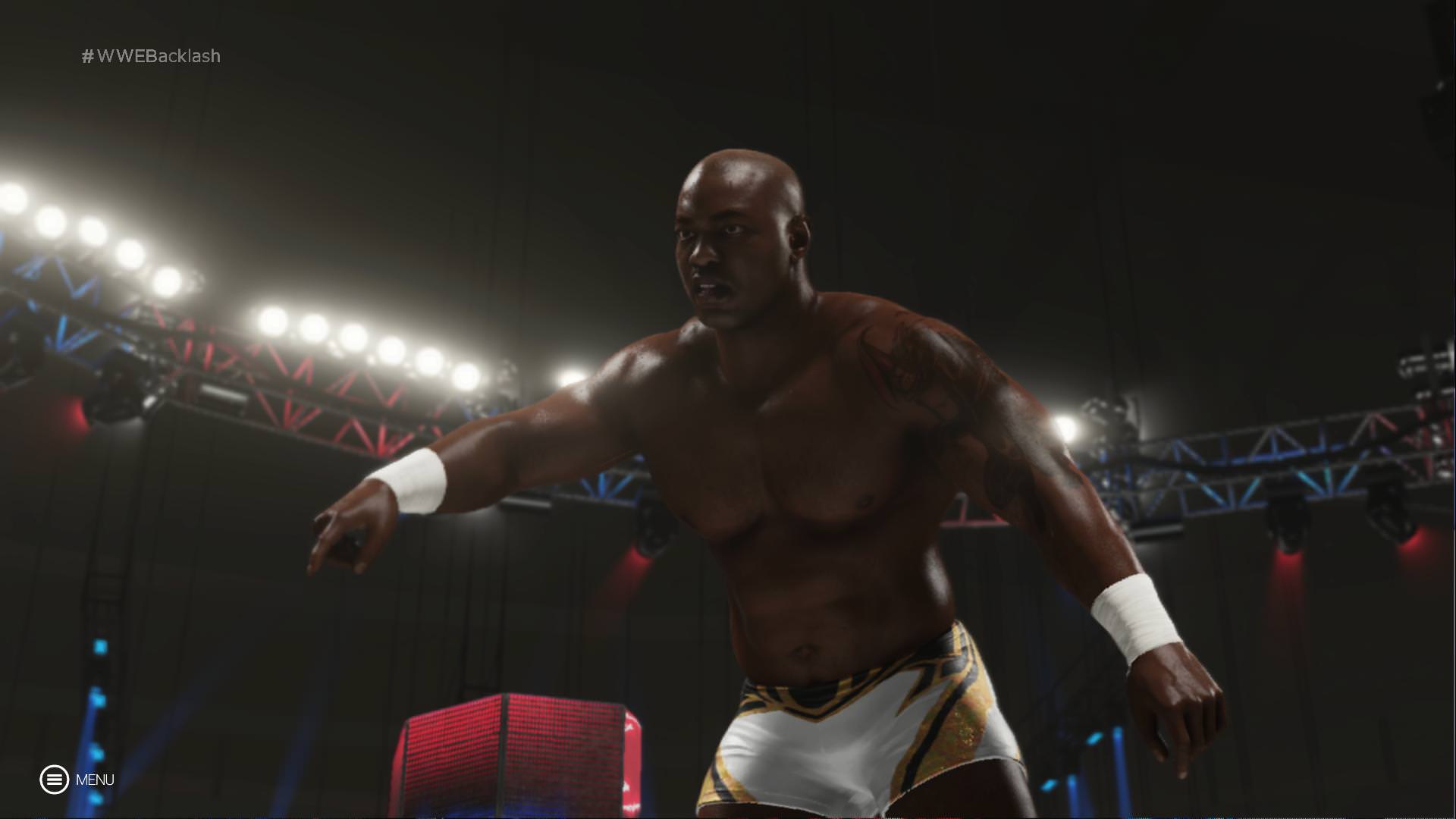 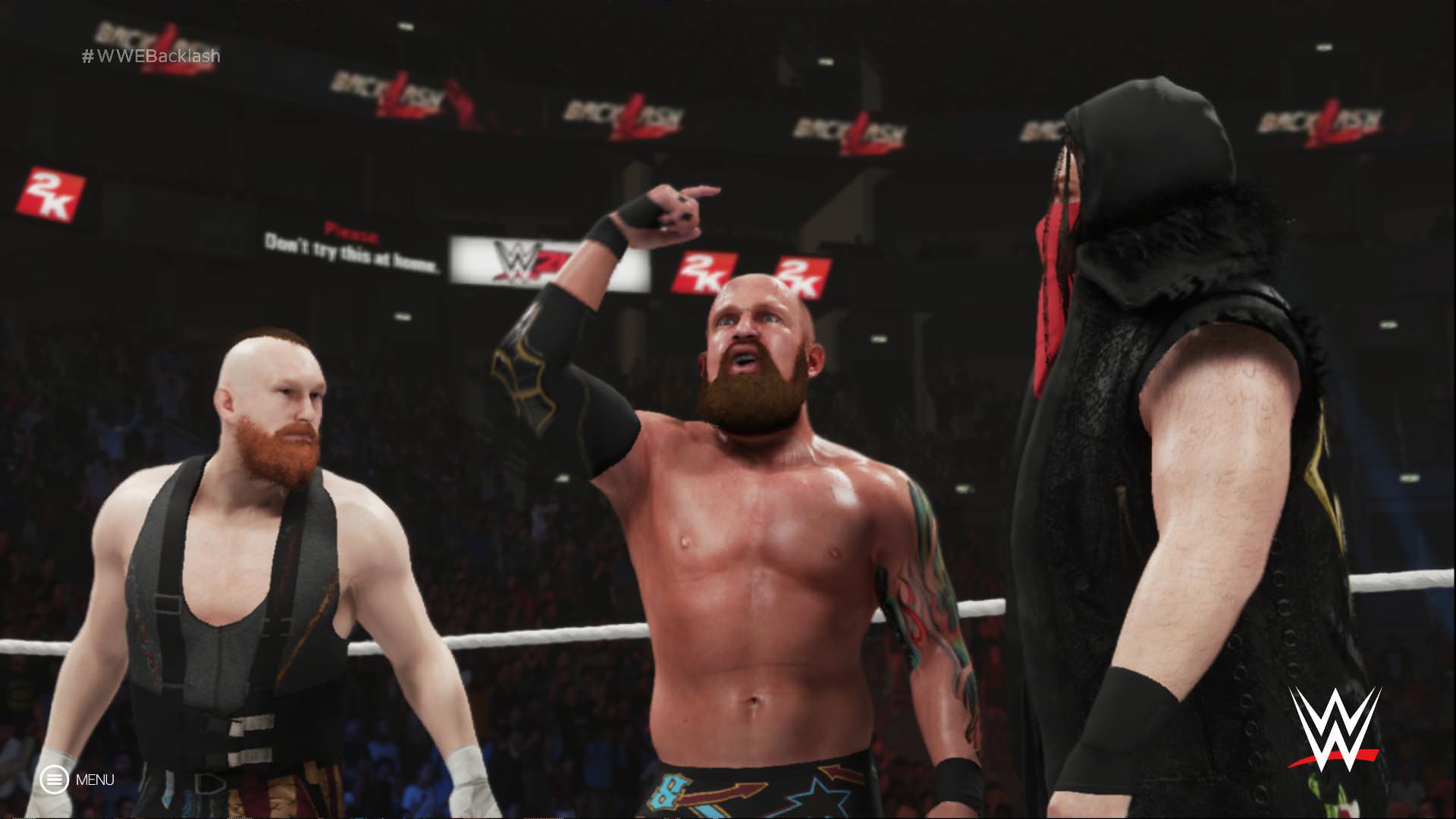 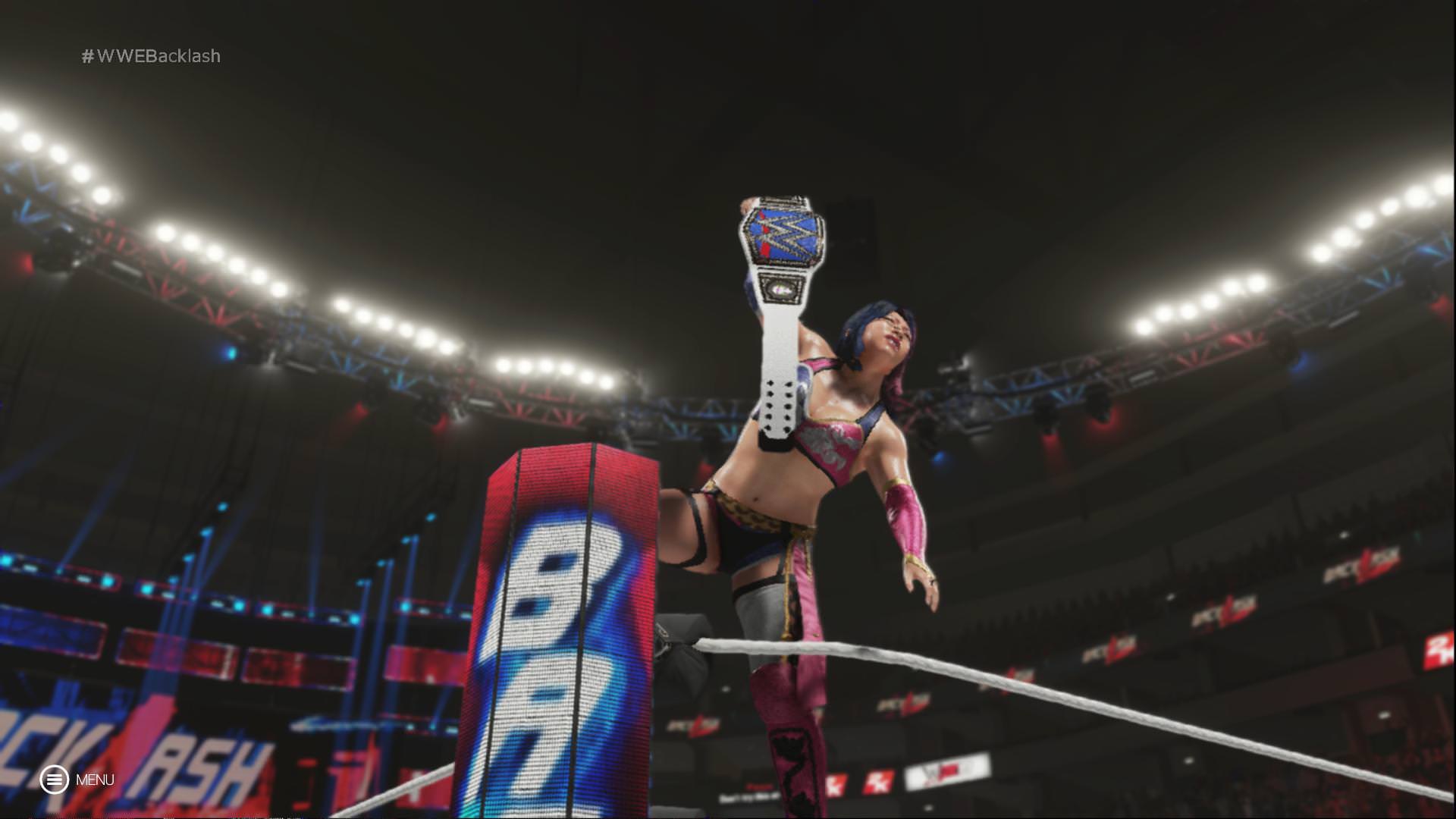 After accidentally knocking out the referee, Shinsuke Nakamura hit Dillinger with his patented low blow. 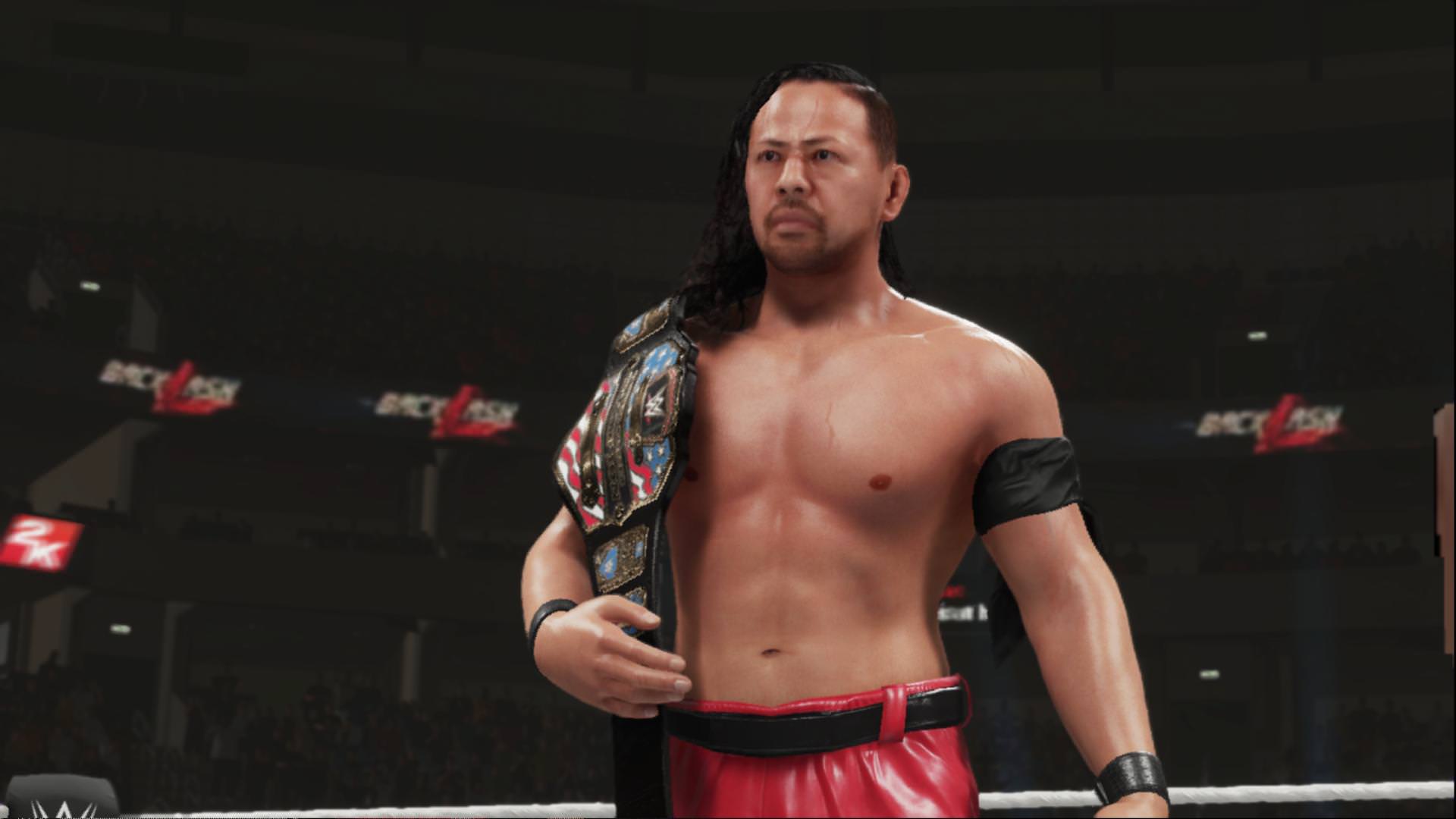 The Bella Twins def. The IIconics via count out. 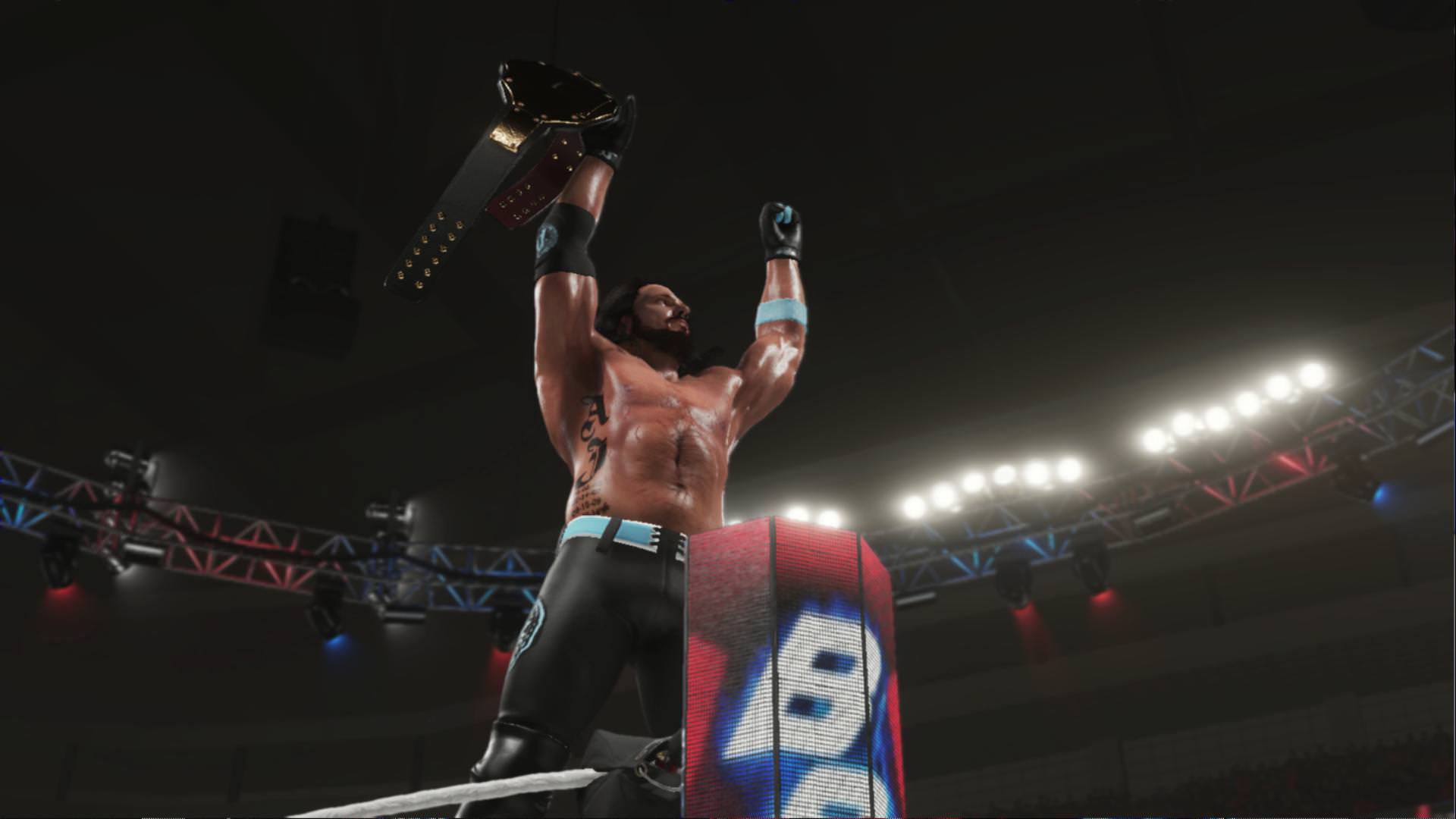 The Bar vs. The Uso's vs. The New Day vs. The Bludgeon Brothers ©

Raw General Manager Kurt Angle comes out and says that the Tag Team Championship match is now a Triple Threat tag team as he was able to wing a last minute trade with Smackdown General Manger Edge.

Author's of Pain vs. The B-Team © vs. The Bludgeon Brothers

Asuka vs. Becky Lynch vs. Ember Moon vs. Alexa Bliss

RAW Tag Team Champions The Revival def. The B Team

As a part of the Superstar Shake Up, Chad Gabel arrived on RAW and reunited with his former tag team partner to reform American Alpha.

During the match the arena lights turned purple and we hear “Seth Rollins, The Dream is coming to you.” This caused Rollins to get distracted and allowed McIntyre to capitalize and pick up the victory.

The show starts with Dean Ambrose calling out Seth Rollins stating he got lucky in their match last night, and he wants a rematch.

Authors of Pain vs. The Bludgeon Brothers

Before: Bossman and Bigelow argue about who will start

During: Bossman made a blind tag, Bigelow punched Bossman and walked out

After: Bigelow mocks Bossman from the stage

The show opens with the NEW WWE Champion Samoa Joe making his way to the ring.  He brags about how AJ gave it his all but it just wasn't good enough.  AJ then comes out and says that he's invoking his rematch clause ……..

Shelton Benjmain is shown in the back, talking about his return to the WWE.  He says he came back for one reason, and that's to win championships, and that Shinsuke Nakamura's United States Championship is his target.

After the mactch Dawson got in the ring and they threw Sheamus out of it.

After the match, a bignette is shown announcing Rey Mysterio's return to WWE, and Smackdown, next Week!

During Joe's entrance, AJ styles attacks him before throwing him into the ring for Orton.

During the match Andrade “Cien” Almas’ music hit, distracting the Gold Standard, allowing Gulak to pick up the victory.

The two shook hands after that match.

After being a surprise entrant, Smackdown Live’s newest Superstar Alexa Bliss won the battle royal and will face Asuka for the Smackdown Live Women’s Championship next week.

Backstage SD GM Shane McMahon announced a 6 Man Tag Team Match between The New Day and The Lucha House Party for next week.

For the second week in a row, the unlikely duo pick up a victory over The Rusev Kingdom

For the second time in a row, Shinsuke avoided losing the title to Jeff Hardy despite losing the match.

After losing his World Heavyweight Championship to AJ Styles in a shocking defeat, a disgruntled Batista addressed the crowd and demanded a rematch against Styles. SD GM Shane McMahon came out and said if Batista could beat the opponent of AJ’s choice, he can pick the stipulation in his championship rematch.