256 replies to this topic

Havent updated anyone on anything for awhile, but I had been working on a Toni Storm recently and she was just uploaded a few minutes ago, so yeah....topic will be updated with pics and all that sometime during the weekend, but til then, go search the Most Recent in the Stardom tag and check her out if you want. Cheers!

Storm looks amazing, just like the rest of your work. Your work seriously blows me away. The time, care, detail, and just overall love put into them is incredible. I appreciate your work!

Storm looks amazing, just like the rest of your work. Your work seriously blows me away. The time, care, detail, and just overall love put into them is incredible. I appreciate your work!

Thank you very much for the kind words. Im very happy you like it. And very grateful to anyone who downloaded it...I know it isnt easy to have to part with that many logo spaces...I just try to add as much as I possibly can think to. Its been a pretty aggravating year...maybe I would have done a lot more if it wasnt...and I also dont know that I have more than like a game or two left in me, but Im gonna try and close out strong atleast going into the summer. Cant really give names because Im just going on who Im inspired to make currently. Hard to find a good face photo of someone like Mayu without hair being in the way too.

Finally got around to adding Toni to the first page. Sorry it took so long.

Sorry Ive been mainly just hanging around Twitter and not either of the forums so much lately, but I also made Nao Yamaguchi and Tam Nakano if you wanna search the STARDOM tag for them. My name should be in the caption. Cheers!

Just dropping by to say I created and uploaded a Kagetsu! It is my last caw for 2K18 and I have big plans for the next one in 2 months, if the game and good luck will permit. If youre still playing the game, check it out!

Was gonna just be one attire, but then she tried to pull a fast one on me and bust out a new mask at the last show, so I wasnt going out like that. lol. 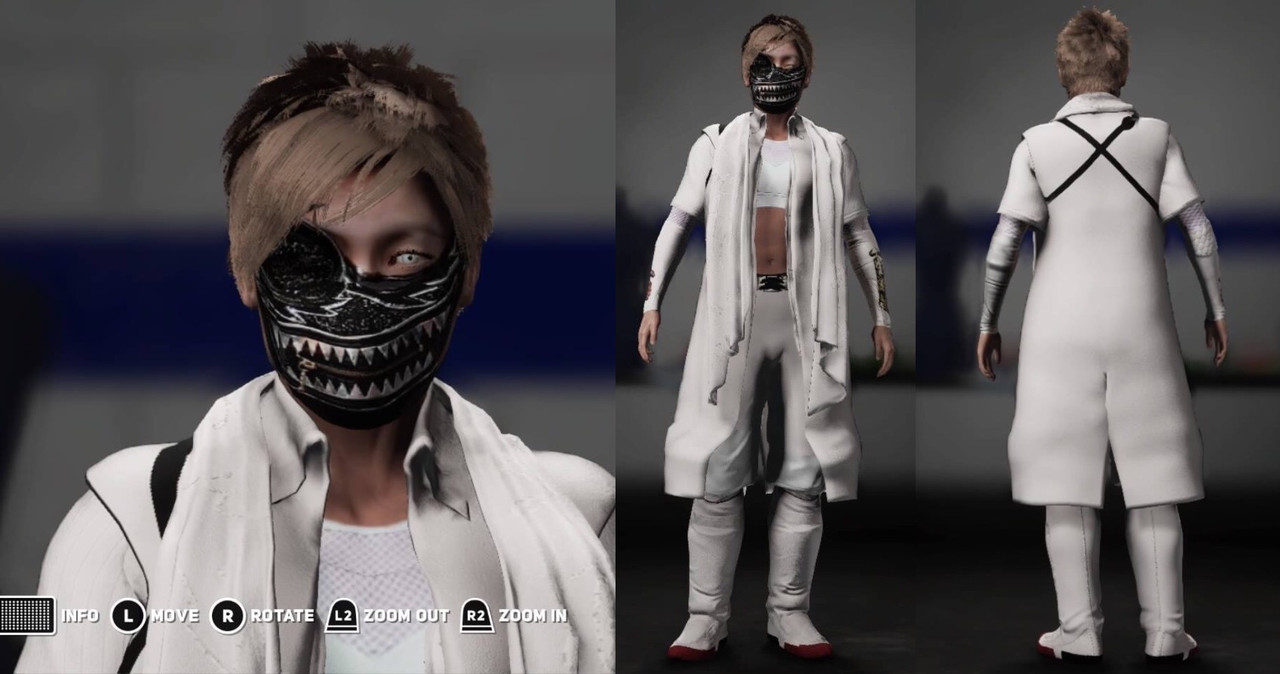 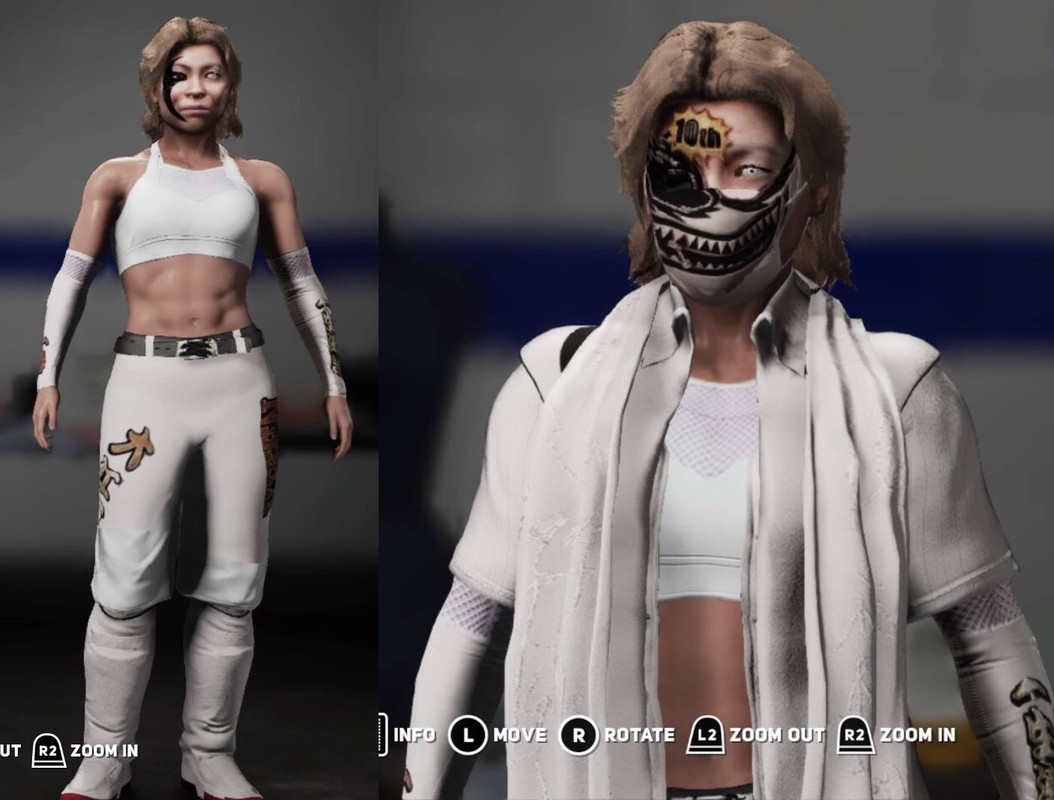 Thank you for your hard work and attention to detail.

As for wwe2k19, where can we send requests?

Thank you for your hard work and attention to detail.

As for wwe2k19, where can we send requests?


Thank you very much for the kind words. I kind of have a whole project planned but feel free to hit me up on here, Twitter or wherever and i will see what I can do. My first caw could be something random anyway just to get used to the Mode before I start doing joshis again.

Do you have to use an eye patch for that mask?

Do you have to use an eye patch for that mask?


Nah, I just used custom logo as a face tattoo, turned the Emboss to like 40, and made that eye match the color.

Ah, clever bwoi. Are you starting 19 off with somebody new or redoing a CAW you have here? Or is it *whispers*is it a secret?

Ah, clever bwoi. Are you starting 19 off with somebody new or redoing a CAW you have here? Or is it *whispers*is it a secret?


Taking another crack at the Stardom roster and adding the TJPW roster. Tokyo Joshi Pro only has a singles champion and tag champions, as opposed to Stardom who has like over 10 title holders, so I figured I would start with all the champions and go from there. Io Shirai almost feels like my responsibility to make, though, so we will see. Lol. I made her for 17 and 18, and she has legitimately been my favorite female wrestler in the world since like 2009 when nobody was really looking at her that way yet.

First official one was gonna be Kagetsu, since shes the top title holder in Stardom, and I wanna start at the top and work my way down. But I wanna make someone random first, just because I have realized my first caws are always kinda rough compared to everything I do after. Maybe I will just make Stardom owner Rossy Ogawa, but in female Create A Superstar so all the women can fight him. lol

Nice. I don't know anything about any of these people, but I like what you churn out. Looking forward to it

Any chance of a Jordynne Grace caw for wwe2k19?

I think she was in TJPW, so maybe. Catching up on TJPW shows I missed, so Ive seen Veda Scott pass through, Priscilla Kelly... someone named Samara who I like. Im almost certain I remember hearing about Jordynne Grace
doing something months ago. If she comes up she will definitely be eligible.

I explained on Twitter that I would start with champions of both companies. Then I would take names of people who had been in Stardom and TJPW since January into 2 separate hats and draw names at random, so that there would be no favoritism. Could wind up making anyone. The joshis who have been made always seem so happy and surprised about it, and I like that, and I really appreciate everything they do, so I dont just wanna keep overlooking so many of them for popular American names, yknow?