357 replies to this topic

Played about 2 hours of Walking Dead so far, completely loving this game

I meant was it only the first episode and thought he said yes to that. My bad. Or his bad?

Just confusion, I guess. But, no...it's all five episodes of the first season.

Wow. All that different i pissed when they did wolf and raven and it was only chapter one like what the point of that

Wow. All that different i pissed when they did wolf and raven and it was only chapter one like what the point of that

To get you hooked, so you buy more.

I'm guessing you're talking about 'Raven: Legacy of a Master Thief'...since there has never been any game titled 'Wolf and Raven' released in the games with gold program. If that's the case, then I am assuming it was only the first part given out because it is only a three part game...unlike Walking Dead, which has 10 chapters (11 if you include the 400 Days DLC). Hence, I'm going to assume that the 'Raven' game considers each of the three parts to be a whole episode...just as Walking Dead considers the first five chapters to be an episode. So, it's literally the exact same thing. The only difference is that Walking Dead has chapters, and Raven does not.

Yes, we already established that it's season one for the Walking Dead. Five episodes...first whole season.

'Wolf Among Us' was never a free game via 'games with gold'...so that was probably a separate promotion that the developer themselves did where they gave you the first part free with no incentive of their own...other than to get you interested in the series. So you really have no right to complain about that. If it wasn't a GWG deal, then it was just Telltale Games giving you a free game, and has no estimated retail value that it needs to amount to.

There have been separate promotions for the other Telltale titles. Game of Thrones, Tales from the Borderlands, The Wolf Among Us, The Walking Dead (Season 1 and 2) have all had a free episode available. Believe episode 1 from Tales from the Borderlands is free across all platforms currently. I like when that happens because getting a chance to play some of the titles I was on the fence about helps my decision to either buy the whole season or not.

These aren't gold deals, but I'm going to point them out anyway, because they're Xbox Exclusive: 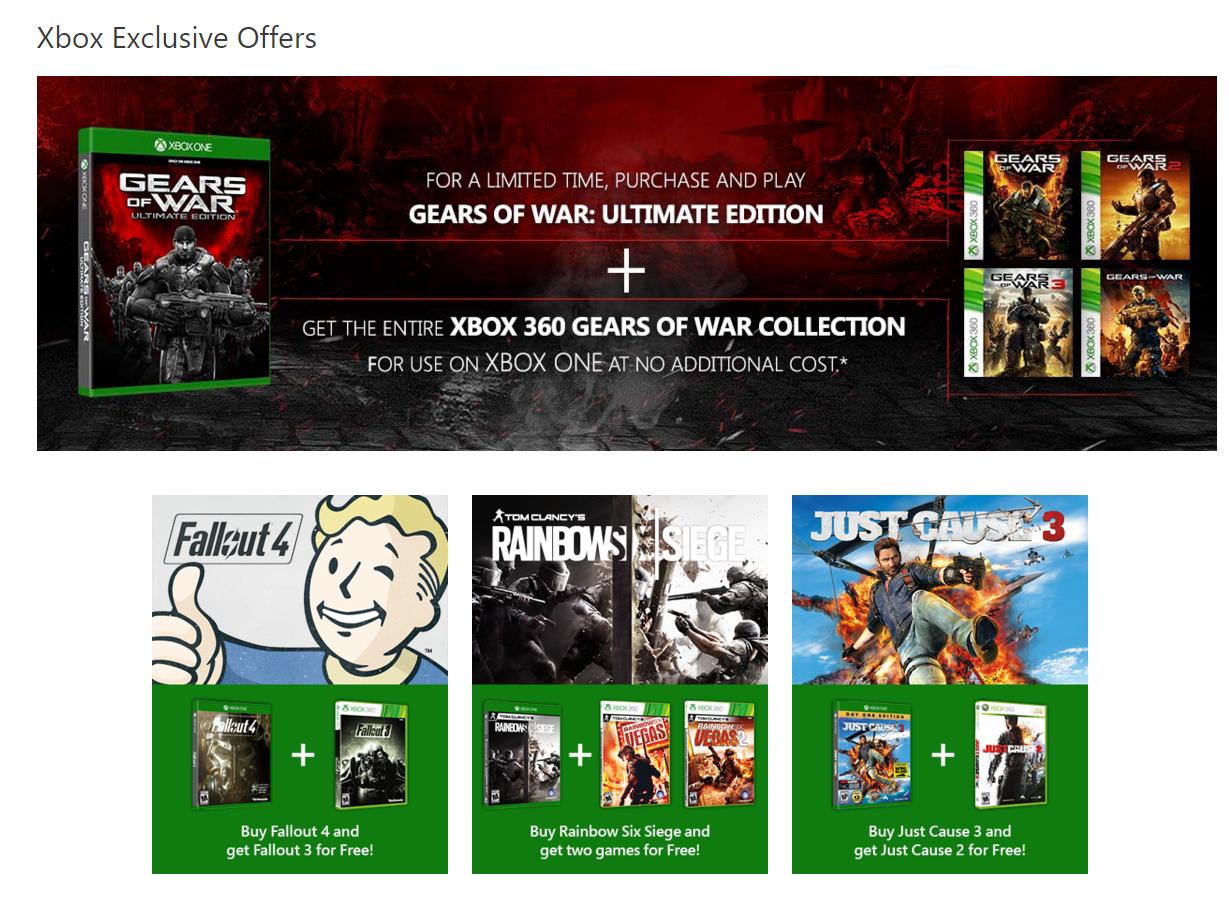 Backward compatibility and free games. What's not to dig?

I really wish I could go back in time and not have the ending spoiled on me. Ended up never finishing season 1 due to it. Though I should acquire the game again at some point to actually do it.

^ You should really finish it anyway. Spoiled or not, it's a really emotional thing to actually play through/watch.

Don't know any of those X1 games

^ Me neither. The One games usually suck, tbh...because the system hasn't been around for too long, and they only give away games that are $25 or less in value, so the good stuff hasn't come down yet. I'll grab Dirt 3 though. Always enjoyed 1 & 2.

Back to Gaming Zone Chat

Also tagged with one or more of these keywords: Games with Gold, Xbox 360, Xbox One