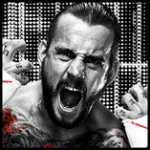 My name is Sharpshooter, I am 16, I currently live in the UK, and have been watching wrestling, since the start of 2005. I watched wrestling as a child on and off before then. Wrestling is truly my addiction. I mostly watch WWE, and sometimes TNA. I have seen some ROH stuff, and I am hopefully going to start watching the new and improved NXT. I am an avid video gamer, and enjoying playing games like Call of Duty, Fifa and anything from the WWE Franchise. I am super pumped for WWE '13, and can't wait to get my hands on the game, on 2nd of November. Although, I do have a life outside of this, and video gaming. I regularly play football, and go long walks up the local woods with a bunch of my friends. Love those guys. In the Scottish Football League, I am a fan of Rangers, even though they aren't doing so good right now, and in the Premier League, I am a fan of Manchester United. I like mostly every genre of music, but I won't listen to like full on Screamo or Heavy Metal. My biggest inspirations are Edge & Shawn Michaels. I grew up watching those two guys, and they were just frickin' awesome! Such a shame they both had to retire. I have one rule, I will give you what you give me. If your gonna be a dick, I will be a dick to you, plain and simple. I do try to get along with everyone anyway.

We Miss You Edge!