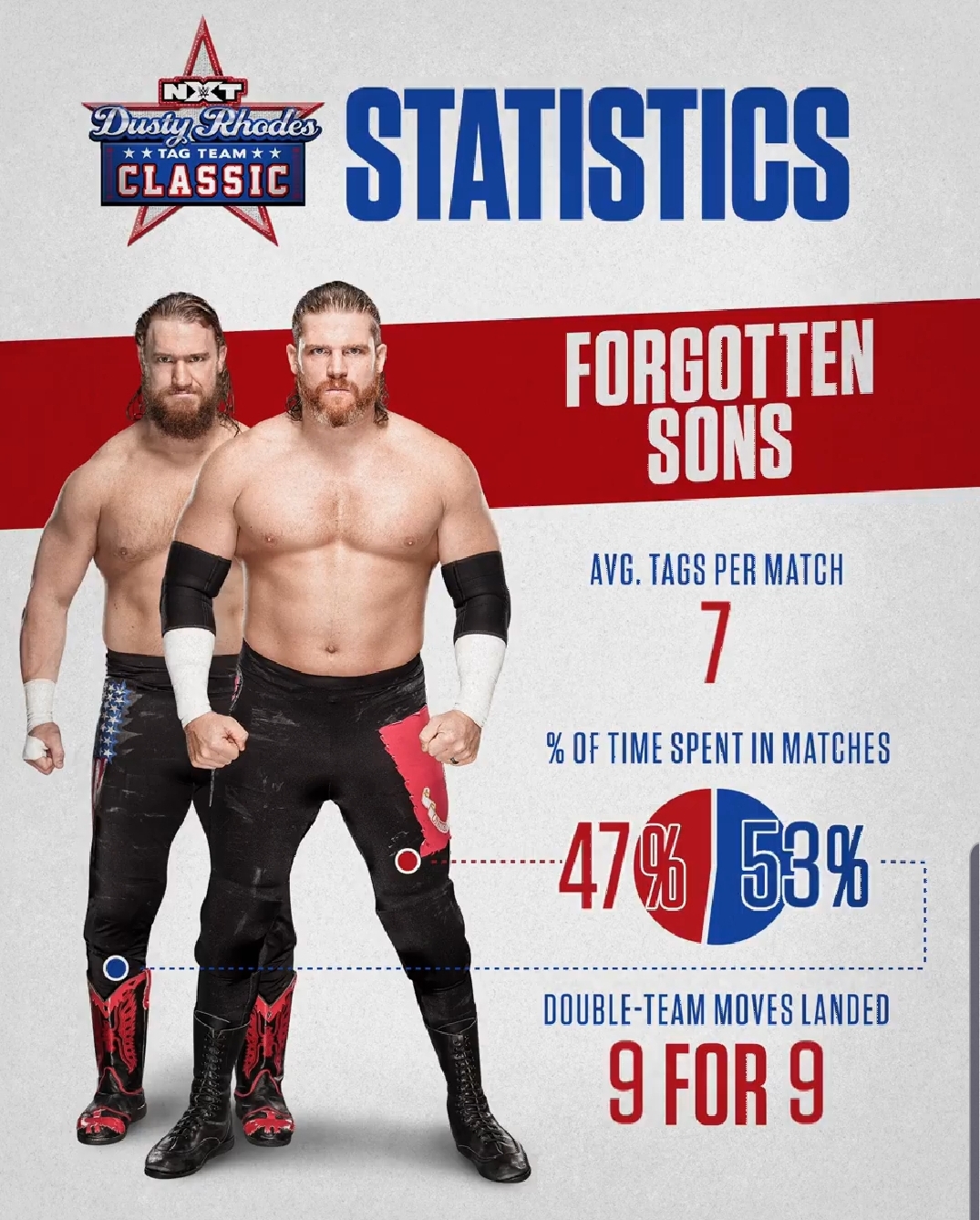 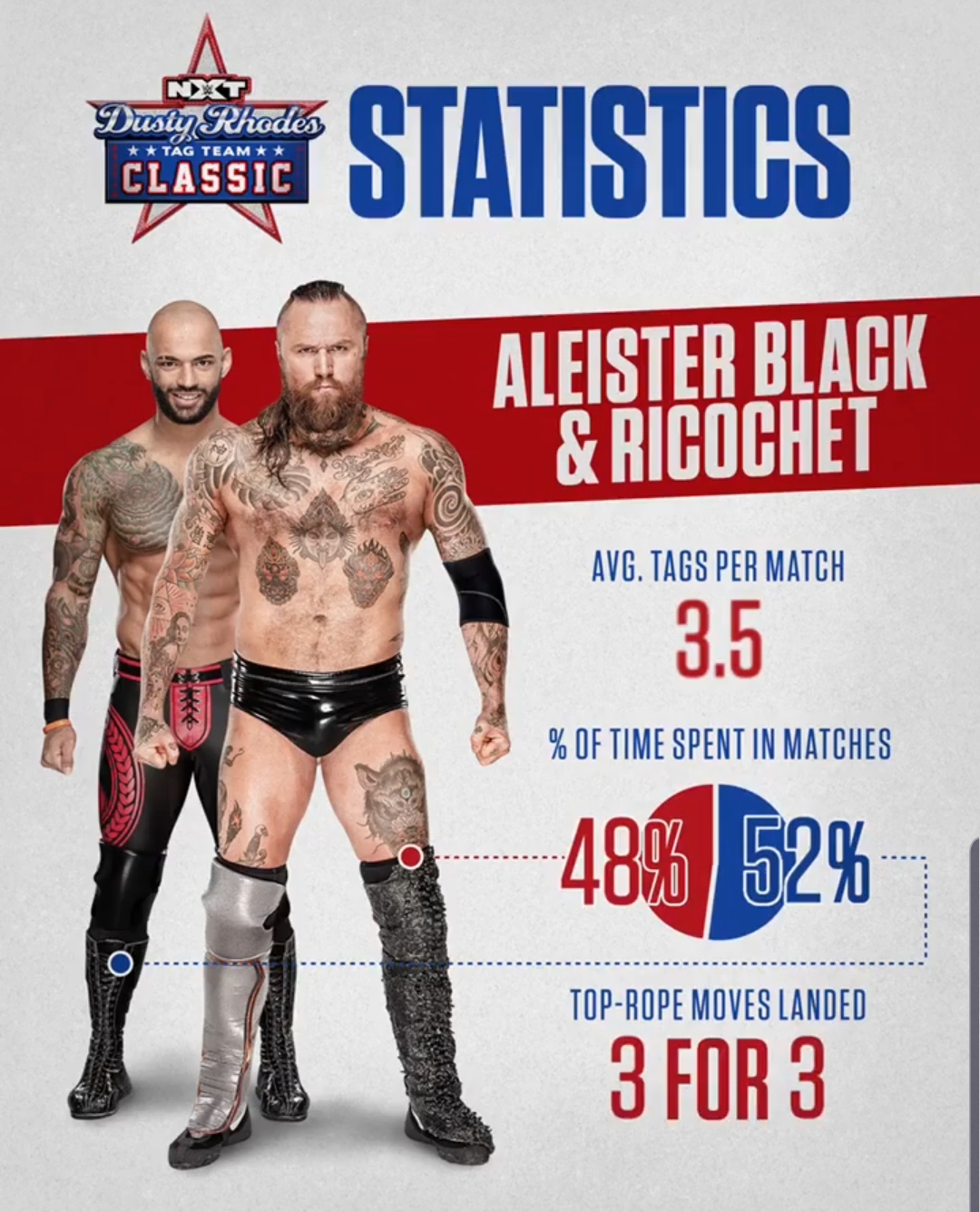 I dont mind them but i cant say i care for them either. Black & Ricochet ftw please

Blake & Murphy, but Murphy is bad

I feel like Dusty classic is always some underwhelming shit. (At least for me personally). Like...the first year you had American Alpha and The Revival fail to advance in favor of Balor/Joe and Corbin/Rhyno. The next year you had Sanity and DIY fail to advance in favor of TM-61 and AoP (hey, at least the were both real teams this time...but, still). 2018 was good. No complaints there (except for Dunne and Strong being a randomly thrown together team)...but that led to Strong joining UE, so that's all good. And this year...hoo boy, I'm just not a fan of random teams, so the unbeatable combo of Black and Ricochet does nothing for me. I feel like Forgotten Sons are being built up to win in the end somehow...but I'm not a fan of either outcome. I feel like they finally could have given something to Street Profits, tbh.

War Raiders vs Black/Ricochet would be insane tho

In a perfect world we would have had a good story going into the tag title match at TakeOver, but clearly they had nothing so they decided to go with the Dusty Classic. Should Black & Ricochet win at least we'll get one hell of an opening tag-team match for TakeOver.

Street Profits are probably bound to Evolve for 'Mania weekend.

The Street Prophets wont be fighting for the titles unless they turn heel or a heel team win the titles from the Raiders.

With the Takeover card looking as stacked as it currently is, I can't see Black & Ricochet not winning.

Yeah it would really shit if Forgotten Sons won.

Ricochet & Aleister Black to win, but then challenge the Revival at WrestleMania

I like how Johnny got his revenge and we just accept him as a face again, despite what he did to Black lol

Damn can you tell the crowd likes these two lmao

I'm triggered by the way they shot that music video.

I need a night with Aliyah.

Vanessa stuck with Aliyah, at least she's on TV